After a few woeful years for the worlds most famous digital adventurer, including terrible movies, unsatisfying, limping attempts of dragging a franchise out of the ground and one really weird arcade game, what Lady Lara needed was a reboot up the arse to get her back on her feet, but now that she has one, how does it fare?

Acting as a prequel for the entire franchise, Tomb Raider sees our heroine Lara on her first serious voyage of discovery to uncover a mystery that lies hidden at the centre of the Dragon’s Triangle, the lost city Yamatai. However, as soon as they arrive, a storm that seems to arrive out of nowhere destroys her ship, The Endurance, and causes Lara and her crew to be seperated and washed ashore a mysterious island. A struggle to survive ensues, with Lara learning more about the occult and her own levels of endurance as the game progresses. 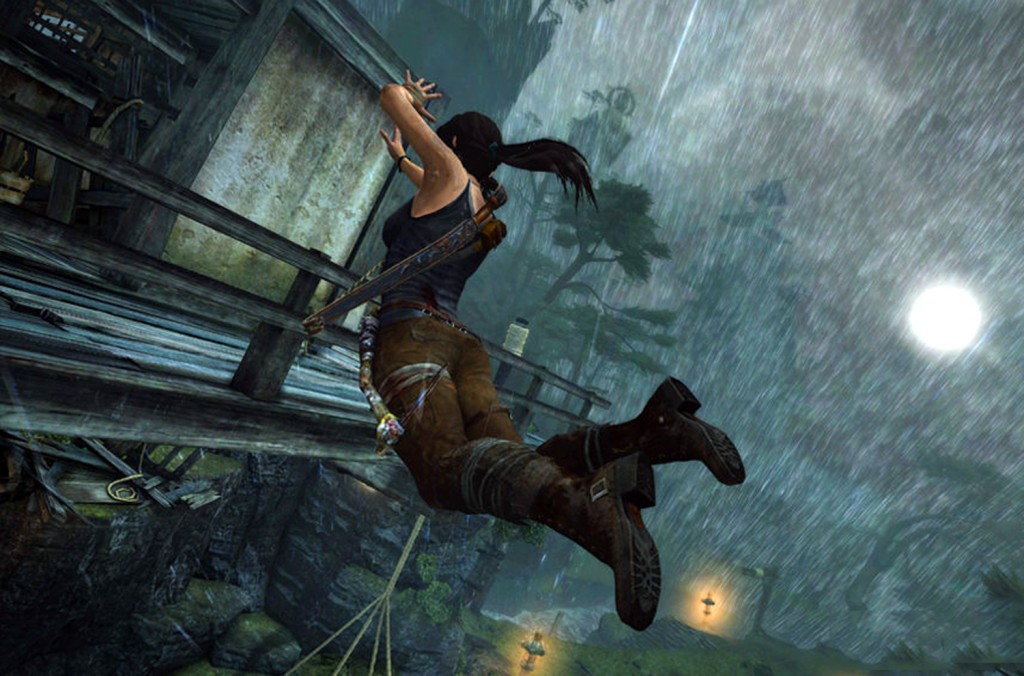 The story is a minefield of emotions, ranging from elation at happier times, when Lara is re-united with lost friends, to devastation and genuine pain in moments of absolute abandon. Usually, games of this type are easy to predict when moods are about to change. I mean, how boring would a game be where everything went right for the protagonist 100% of the time? But Tomb Raider keeps you on your toes with engaging plots, surprise twists and some of the shiniest, prettiest visual effects I’ve seen from a video game in a long while.

The game controls well, as a Tomb Raider game will. Lara’s movement is simple yet precise, climbing isn’t laborious and combat is, with a bit of practice, smooth and simple. I say that only because starting out, your limited to weapon options, items and abilities, but as the game continues and players find hidden extras and locations, Lara gains experience points which levels her up, giving her a skill point. Lara can then spend the skill points at camp sites around the island in order to upgrade her hunting, combat and survival skills, making it easier to traverse landscapes and take out enemies.

The setting, a giant island shrouded in clouds and years of mystical lore, is just a great place to be. It’s never boring. With roaring waterfalls, shanty towns built on the verge of mountains, caves and tunnels barely big enough to crawl through, and nazi bases and towers that are full of tricks and booby traps, the game never struggles for areas or has to resort to using sometimes cliche’d areas in video game history. Also, the game’s backstory can be unlocked by collecting notes and hand written letters from all over the island.

One problem i do have with the game though is that the worlds, while lush, green and seemingly never-ending, aren’t actually as expansive as I had initially hoped. With one of the main points advertising the game being exploration, i was expecting a “Jak And Daxter” kind of gameplay, wherein if you see a part of the game, chances are its possible to gain access to that area. In actual fact, most of the exploration consists of just branching off the beaten path every once in a while with small caverns Lara can explore and find hidden weapon modifications.

Also, at some points, some of the cutscenes seem to take you out of the moment slightly. For instance, with lines such as “Dont you dare, you northern bastard!”, when you are as immature as i am, its hard to not ignore how out of place a line like that is in a cutscenes concerning a dying friend… And to be honest, It’s not just her friends Lara insists on calling “Bastards”. Swearing seems sort of out-of-place for Lara Croft, a lady of Croft Manor, and at last count, it reached maybe 11 “Bastard” utterances. To me, it just seems like an attempt by Crystal Dynamics to appeal to teenagers who all love guns and rap and rock music and swearing at everyone and booze and things like that… But then, maybe I’m just getting old before my time. 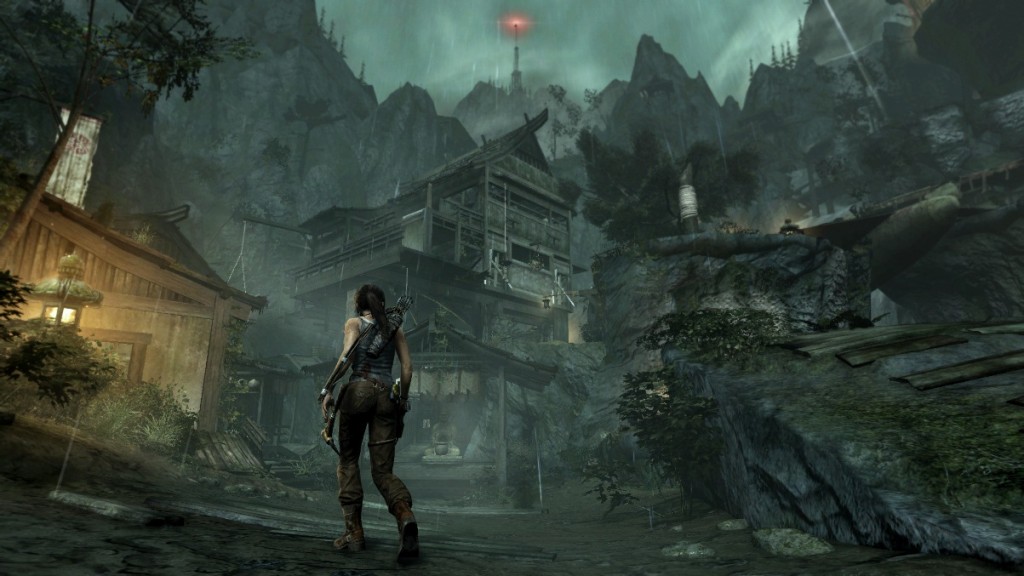 I have to say, apart from those little niggles, the game holds up really well. I half expected this to be terrible – an Uncharted clone that would seem to borrow too many ideas from them. Although saying that is quite ironic, considering that in the years leading up to Uncharted 1’s release, it was referred to as “Dude Raider”. However, the game seems to be based a lot on survival as well, with hunting being just as important as adventuring and levelling up the character. If you were ever a fan of the old games, you need this title in your life.