Ok, before we jump into this, I want to ask a quick question. Of all the video gamers who read this, upon completing The Walking Dead games by Telltale for the first time, how many tears fell from your eye holes? I will confess, the end moved me. Hell, the whole game is a (to use a phrase that grates me more than ‘Smash It’) Feel-fest, full of tense moments and difficult decisions, made ten times worse by the fact that, whether you want to or not, you form a bond with all the characters in the game, especially Lee and Clementine. This fact was one of the main reasons the game did really well, and with the new episode, 400 Days, can TWD continue the emotional turmoil?

To briefly cover the plot of 400 Days, it follows five separate stories, spanning from day 2 of the outbreak, up to 400 days in to the zombie apocalypse (hence the title). Some of the stories are stand-alone stories, covering different sections of the outbreak in different parts of the USA. Some stories, however, do overlap and help to shed some light on the overall back story and how certain characters find themselves in certain conditions. Also, as a little treat to the fans of Season one of TWD games, some of the characters reference events of those games, or even introduce you to characters you may recognise from them.

The stories are as you would be used to – Full of action, tension, scary, jumpy moments, heartwrenching confrontational scenes… It would be easier to describe it like this. Imagine an entire season of The Walking Dead TV show, condensed into a tiny, 2 hour long pocket of drama. Not many of the characters are instinctively likeable, in fact one or two of them actually start you out by committing atrocious acts or misdeeds as they survive, but as the episode continues, you grow to worry for the characters, even if they are only around for 20 minutes. 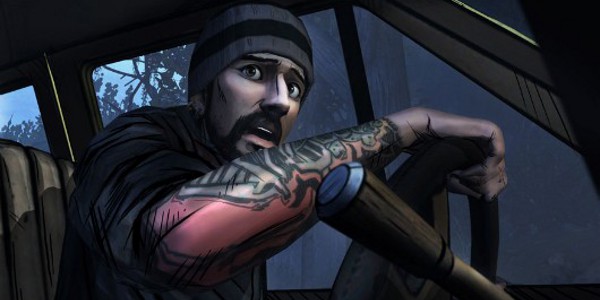 As a fan of the original series, however, i would have loved to have seen a tie up of what happened after Clem left Lee. I was so emotionally involved in those characters and that world that it was a tad disappointing that they were only briefly mentioned as side notes to the original story. Personally, i can’t wait for Season 2 now, just to see what happened to Clementine.

Another thing that i was slightly disappointed by was the length of each character’s stories. Not to give away too big of spoilers, but sometimes players are only controlling certain characters for, at best, 15-20 minutes, and we get to see them all together at the end, as part of a group. Now, nowhere is it mentioned in the story how the characters finally meet up, nor is it told whether or not all the characters we meet will make it to Season 2. Well, at the end of 400 Days, you see a graphic, detailing who went to a safe haven with a random 6th character you control for like 5 minutes, and you see those who stayed, but whether these characters are the new leads, im not too sure.

The gameplay is the same as ever. Point and click controls. Ive always said that strategy games and point and click adventures rarely work on consoles, but something about this feels tight and very easy to use. Telltale had five games previous to toy with it, and boy they did, making controlling the walking and pointer at the same time more intuitive and adding new motions for the players to perform, such as wriggling a bar free in one episode to use as a weapon.

Another thing Telltale ramped up was the graphics style. Yes, they still use the comic book styling, but the character models look even better than the ones from Season 1. All the characters animate a lot better, have less juddery movements, and the transition between scenes, loading screens and animations is a hell of a lot smoother, one of the main criticisms of season 1.

The music, again, adds so much drama to scenes, its a credit to itself. The arrangement is something to behold. Its subtle, but it is there, and it can change the mood of a scene in an instant. 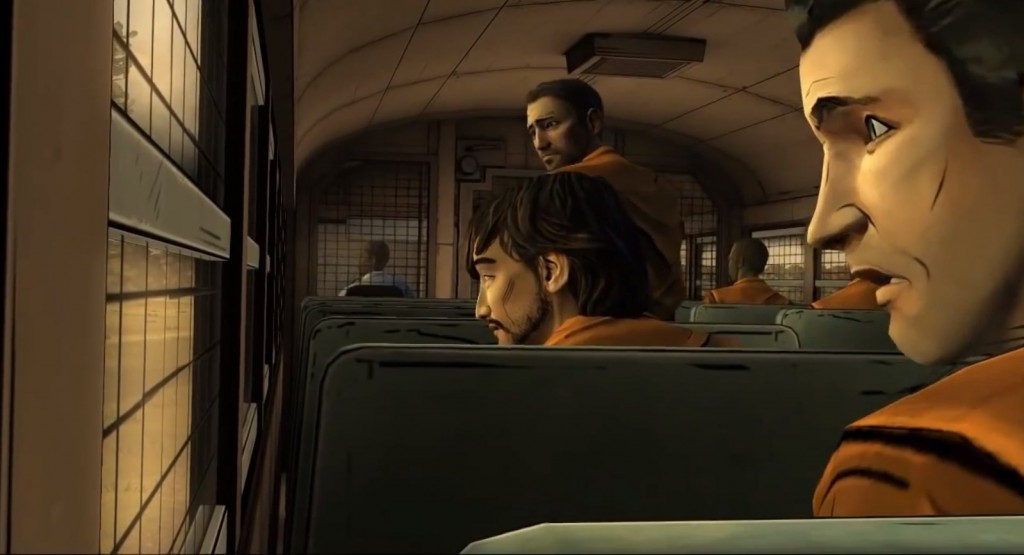 In the end, all i can say to you is this: If you are a fan of the TV show, comic books or that weird Daryl Dixon video game that sucked out, then you will love the Telltale games. And if you already do love the telltale games, 400 Days will welcome you with open arms for another batch of zombifying drama explosions.

A great addition to Telltale’s already amazing stellar series. Like i say, the only thing that i stumble on is the slightly juddery transitions and the fact that things that i would have expected to be addressed from season 1 were not, but then again that is a very personal thing to me. But still, the story builds slightly on season 1, and builds a perfect bridge to season 2. If people like, we at Fortitude Gaming will gladly play through the episode for you, and get you up to speed on any news regarding new releases in the series.