Project Cars Game of the Year edition is the definitive version of an engaging – albeit overwhelming at times – racing experience.

With it being a year since Project Cars was released, it’s timely that there’s now a Game of the Year edition to take the base version’s place on the shelf. With it including all currently released DLC, it boasts a wealth of cars, tracks and customization options to really spoil you for choice.

Visually, it’s a beautiful game. As this is being reviewed on PC, there’s a good amount of options to choose from to enhance the graphical quality, and when you’re out on the track you really notice it. Well, most of it – things such as grass are always a little questionable and one of the first things to get turned down when the frame rate starts to dip. The GotY edition added support for up to 12K (which is an ungodly number and something I would love to see in person) and Virtual Reality headsets (HTC Vive, Oculus Rift, etc.) – these are aimed at the upper end of gamers who have the budget, resources and/or space for these things and won’t benefit the average gamer.
Weather effects add a real sense of immersion and realism to the race, coupled with a very real knock to your handling if you’re unequipped to deal with it. A light shower may make you slide a little if you hit a puddle when turning, but a full on thunderstorm will make you question your driving skills and maybe even wish you’d turned the A.I. down before this race. 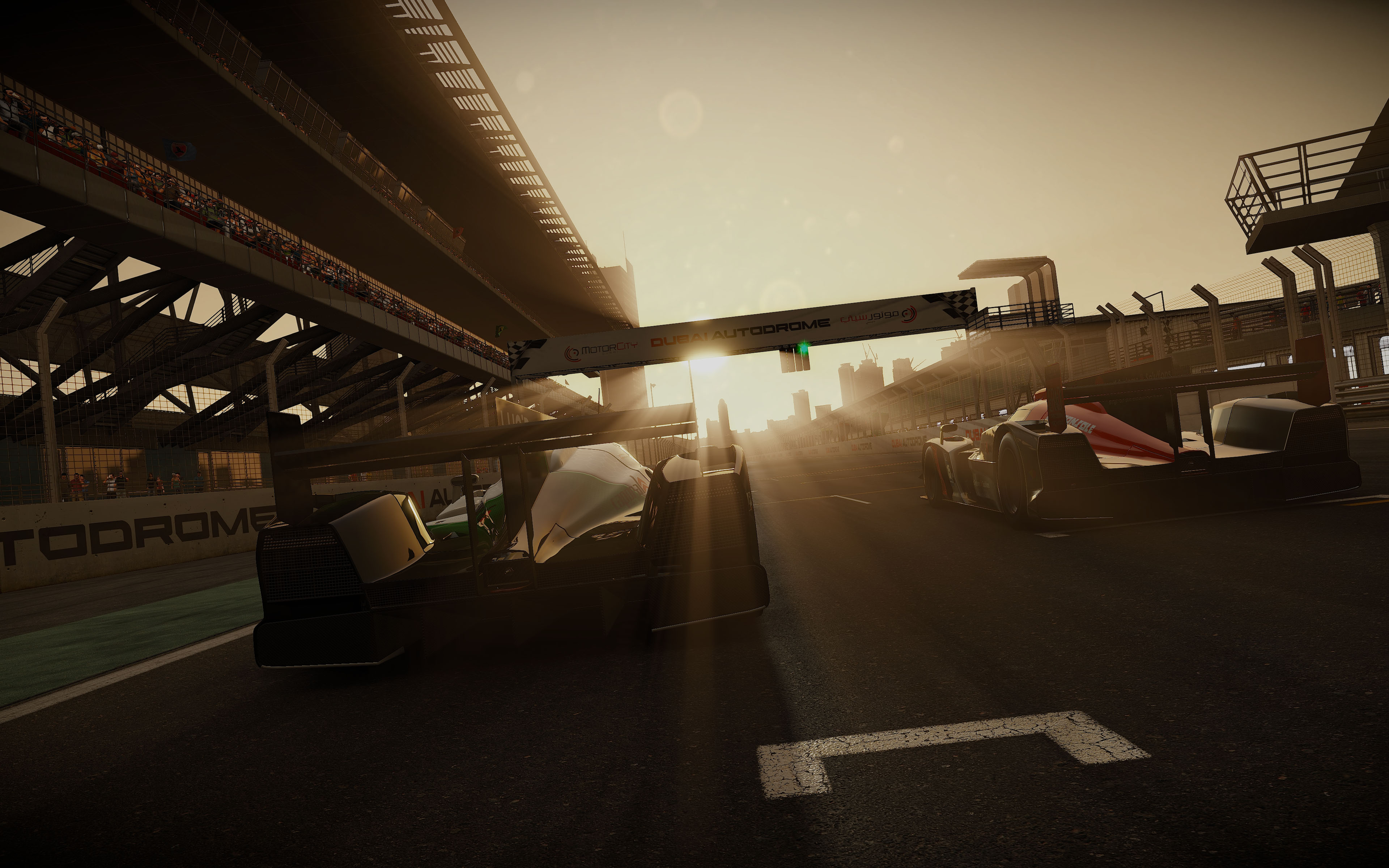 There is a way to combat weather (among other things) and that’s through the very in-depth tuning options available. This is what pushes Project Cars into being a simulation racer rather than an arcade racer – this ability to really delve into the depths of your car and customize it to your needs, the race, and whatever else that may present an obstacle to you.
Gameplay wise, it’s a racing game through and through. When starting your career you can pick where you’d like to start – from the very beginning in Karts all the way up to powerful LMP1 cars. This approach adds some appreciated flexibility and avoids the standard racing game start of being at the very bottom in cars you really don’t want to drive but have to in order to access the ones you’ve had your eye on for the past five hours.

You can choose whether or not to partake in a practice and qualifying round before the race, but choosing not to do the qualifier places you last in the starting grid. The qualifier itself is a good way to become acquainted with the track, and lap times determine starting order. There’s the option to set the duration for the qualifier, with the shortest being 10 minutes – which is fine as you’re able to simulate the remainder and skip ahead once you’ve set a time ahead of everybody else and are satisfied with it.
Except, in doing so you risk being overtaken. The A.I. simulation of yourself isn’t as skilled as you are, and even with a minute or two left, you can still have your time beaten and end up 8th in the line up. This creates a feeling of wasting time if you were aiming for a top 3 starting position, and makes you feel like you have to spend the full 10-minute minimum driving before a race that can take another 5 or 6 minutes to complete. 16 minutes for a single race is a lot of time to spend on just one, and can come across as monotonous. 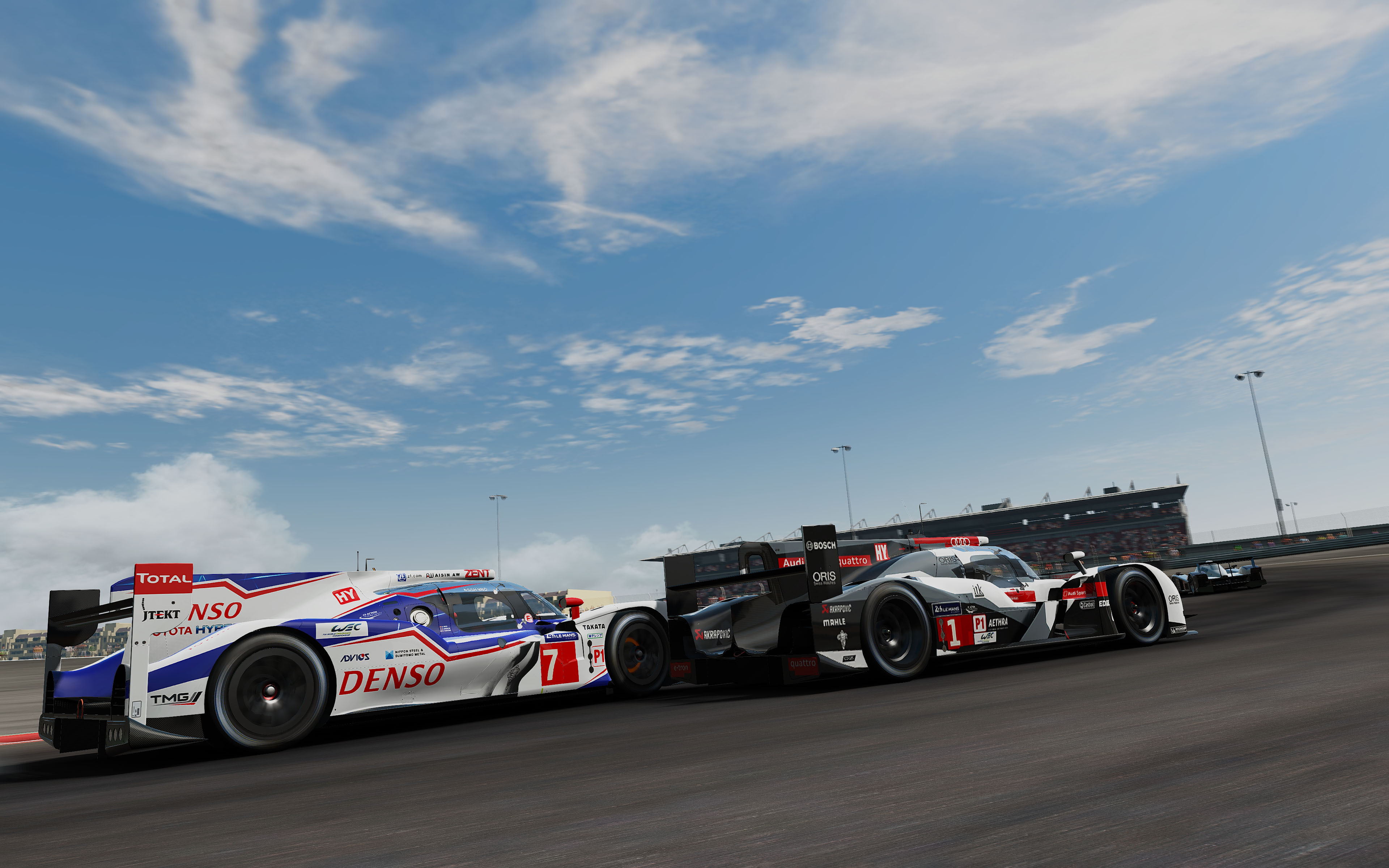 As it is the GotY edition, there’s 125 cars available to you through a variety of events in over 100 tracks – there’s an abundance of choice available – Provided you enjoy how the cars feel to drive, and the driving itself in general.

With its realistic leanings, it’s no surprise that the way cars handle and feel is tuned to realism, which can be a good thing or a bad thing. For newcomers, it would definitely be a negative – it’s already difficult for gamers to give things a try for an extended period of time, but for some these games are what they kick back with, controller in hand, and aren’t up for investing the time needed to learn the nuances to the driving system and the individual cars. It can be all too easy to fishtail out of control, or to have your brakes lock up on a turn leading to a frustrating series of overtakes by the A.I.
It also appears to be more accommodating of users with racing wheels rather than a simple controller, which those who are more casual racing fans will not own, and this can be felt at times with certain vehicles and courses.
That being said, it is definitely a strong sim racer, and for those who are willing to adapt to the way cars drive and handle, and perhaps even own racing wheels, the investment pays off. 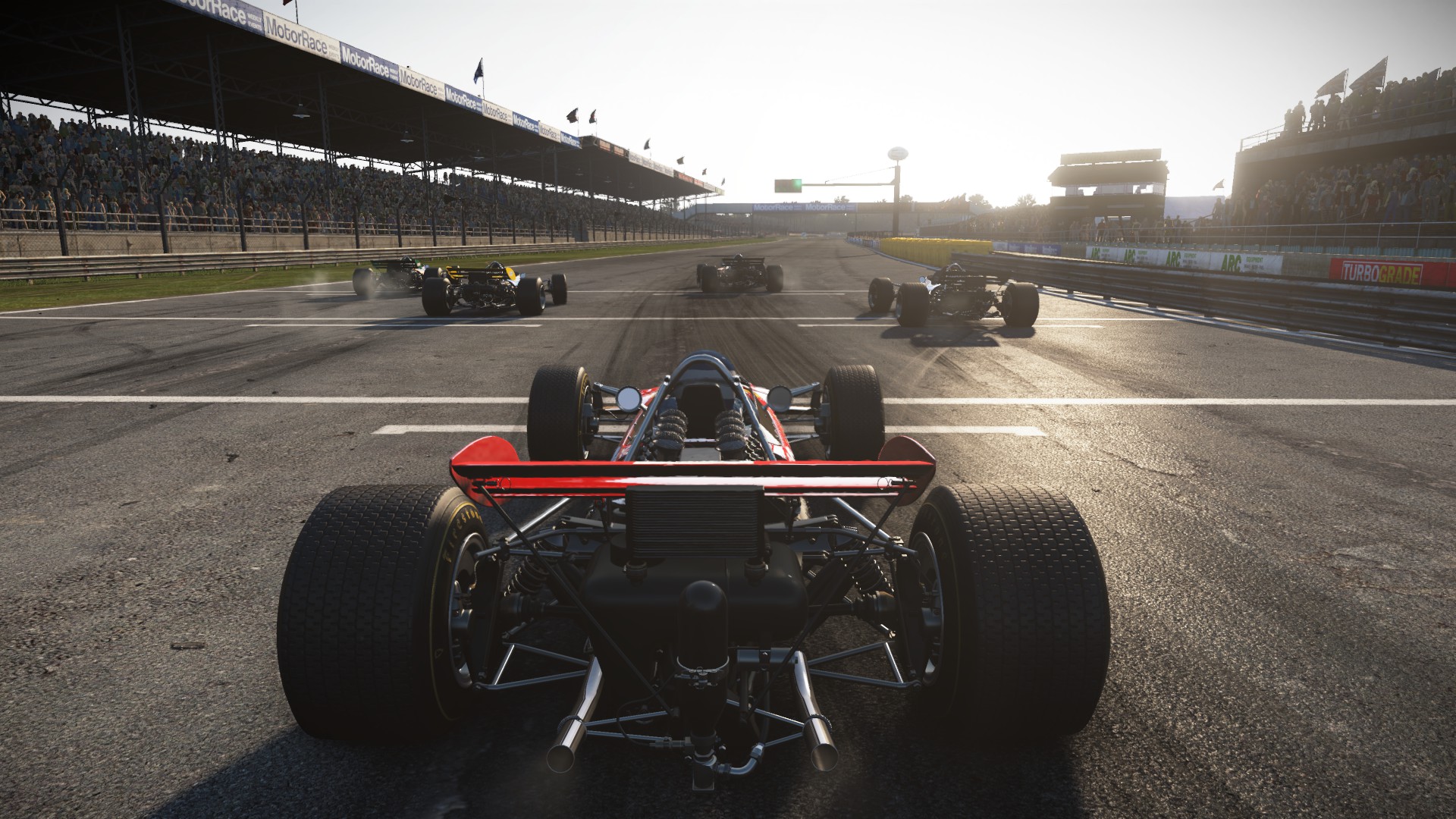 Many optimizations and tweaks are present in this version, along with numerous bug fixes making it overall more enjoyable as you’re not being impeded by things out of your control as often, but there are still some which require a race restart and those are never fun.

“For Racers, by Racers” – with it being advertised as such, it’s clear their target audience. Casual gamers may not find what they’re looking for here, though those willing to give it a fair shot will find an engaging, rewarding driving experience.