Dark Souls 3 throws you into a world that’s been alive far too long, an age that should have ended a long time ago, and lets you navigate your way through an eerie (yet beautiful) fantasy ruin.

The Souls series is known for it’s difficulty, and slight pacing issues aside this one does not deviate from that at all, offering some visually amazing boss fights and some of the best animations yet – you really feel like they’re closing the gap in on you and smashing your face in.

As far as the story goes, you awaken from your grave in a cemetery, neither the first to do so nor the last, and wander your way through till you’re tasked with subduing the Lords of Cinder who have returned. It begins with the same vagueness that you’ve embarked on previous games with, and most of the lore is contained within dialogue and item descriptions. There’s still a Firekeeper to give you encouragements, a Blacksmith who toils away endlessly, merchants that impart pieces of their personality when you give them new items and wandering NPCs that briefly add more light to the lonely shrine before moving on. 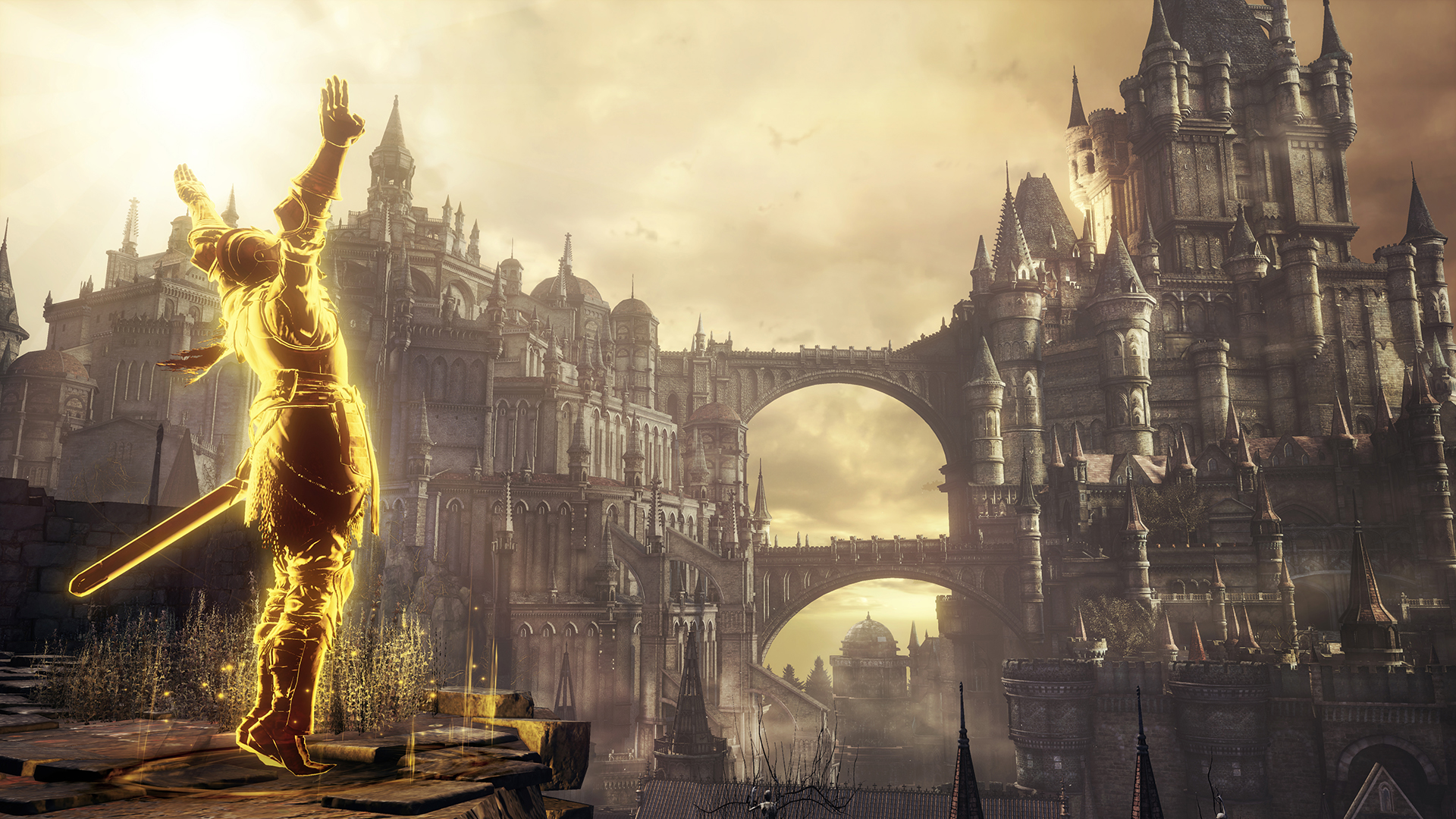 The world feels more dead than alive, however. Whether it may be because Firelink shrine is truly cut off from everywhere else in the game – which wasn’t the case for (Firelink Shrine) in Dark Souls 1 or Majula in Dark Souls 2 – or that NPCs you meet teleport back to Firelink shrine leaving nobody to encounter and go back to in the world.

Along with this, there are a fair few NPC quest lines available – some of which can’t be done along side another – and it’s very easy to not go back to Firelink Shrine for a bit, or return to a certain area, and break the quest line entirely, let alone know about it in the first place if you miss the initial point of contact. This is true for previous Souls games too however, so in that regard it’s nothing new to have to be extra cautious with NPCs and their chartered course to their own demise (or success).

Lothric and it’s surrounding areas are utterly beautiful to look at, some of the best environments that From has designed – complete with references to previous Souls games – and there’s times when the game implores you to look around, with the camera drawing back or presenting an unblocked horizon from which to gaze at the world from. Being able to stop, look around and visually plot out a path of where to go next or figure out where you ended up while not paying attention is a satisfying way to navigate, and also invites the question of “Okay so what happens if I don’t go that way?” 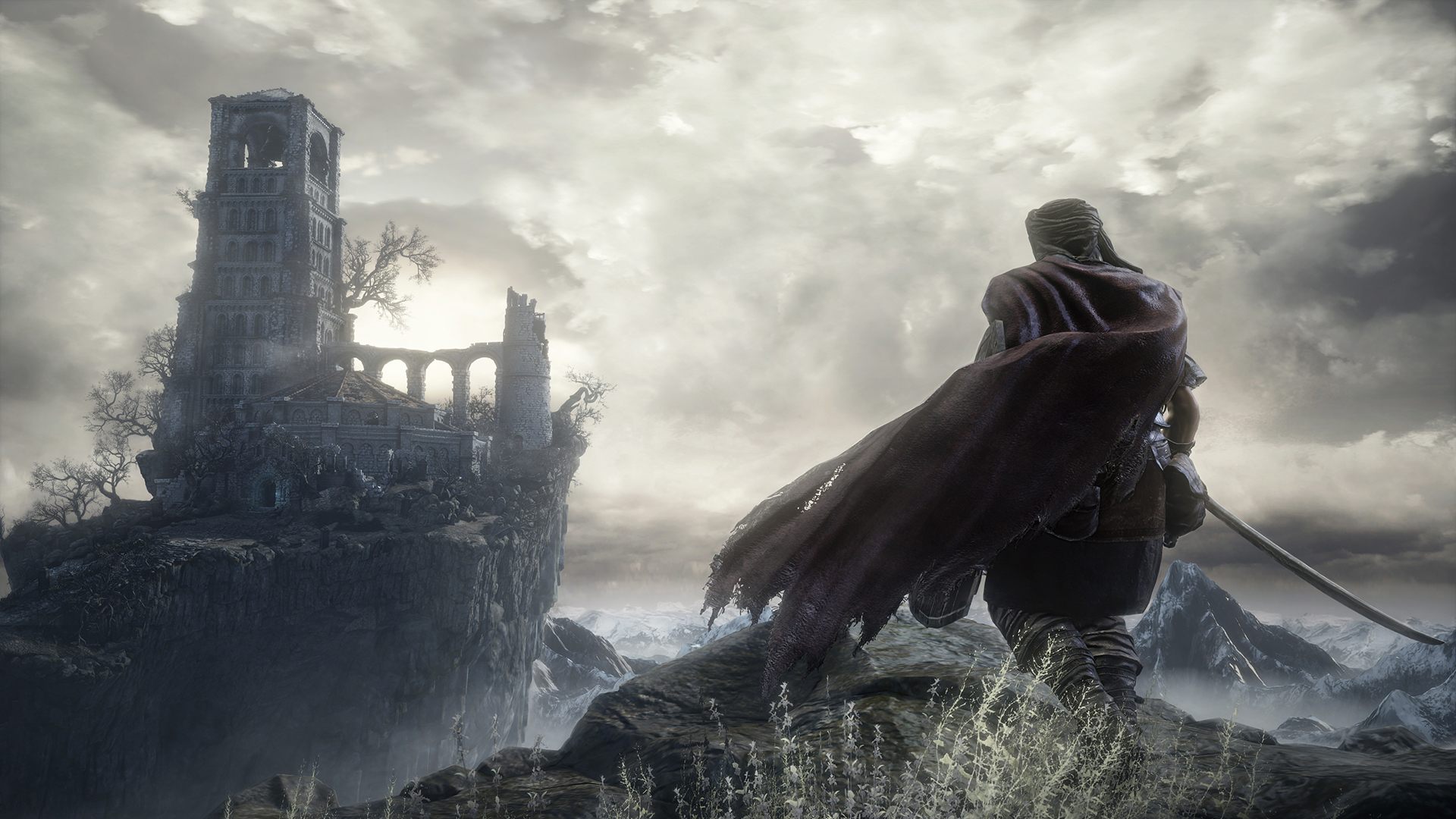 Combat is a more refined version of previous games, while taking inspiration from Bloodborne’s faster combat pace and applying it to Dark Souls 3, strapping on a shield in the process. Enemies feel more relentless, capitalising on the opening you present when they break your guard or you turn your back to them. There’s a wide range of weapon types and movesets, and now with the inclusion of Weapon Arts – special moves granted to weapons and shields – combat feels better than ever.

You can wield anything from two shields, to two weapons of any kind, or the new made-for-dual-wield weapons, where two handing it simply adds a second one into your other hand and grants you new moves and combos to execute.

All types of magic (and by extension Weapon Arts) use a new resource called FP – Focus Points – that has its own flask (Ashen Estus Flask) to regenerate it. Gone are the limited spell uses from Dark Souls 1 and 2, instead we’re back to Demon’s Souls in that regard with a separate bar for it. This makes it easier to cast your favourite spell all day long as well as provide variety in what you take with you versus having to carry six copies of the same one just because you had to. There’s a great range of Miracles, Pyromancies and Sorceries to fling at friend and foe alike, and coupled with the weapon upgrades and infusions from previous games, provide magic users a viable way to never put points into physically offensive attributes.

Generally, boss design is wonderful. Most bosses have two phases, like in Bloodborne, which keeps you on your toes as you use up resources early on that new movesets (or even a new health bar) are right around the corner. Their designs are detailed and intricate, and their moves contain visual flair fitting of a boss fight. There’s still the same feeling of accomplishment after emerging victorious and hauling your spoils back to the Firekeeper in order to level up, restock, and head out into the new area with high spirits. 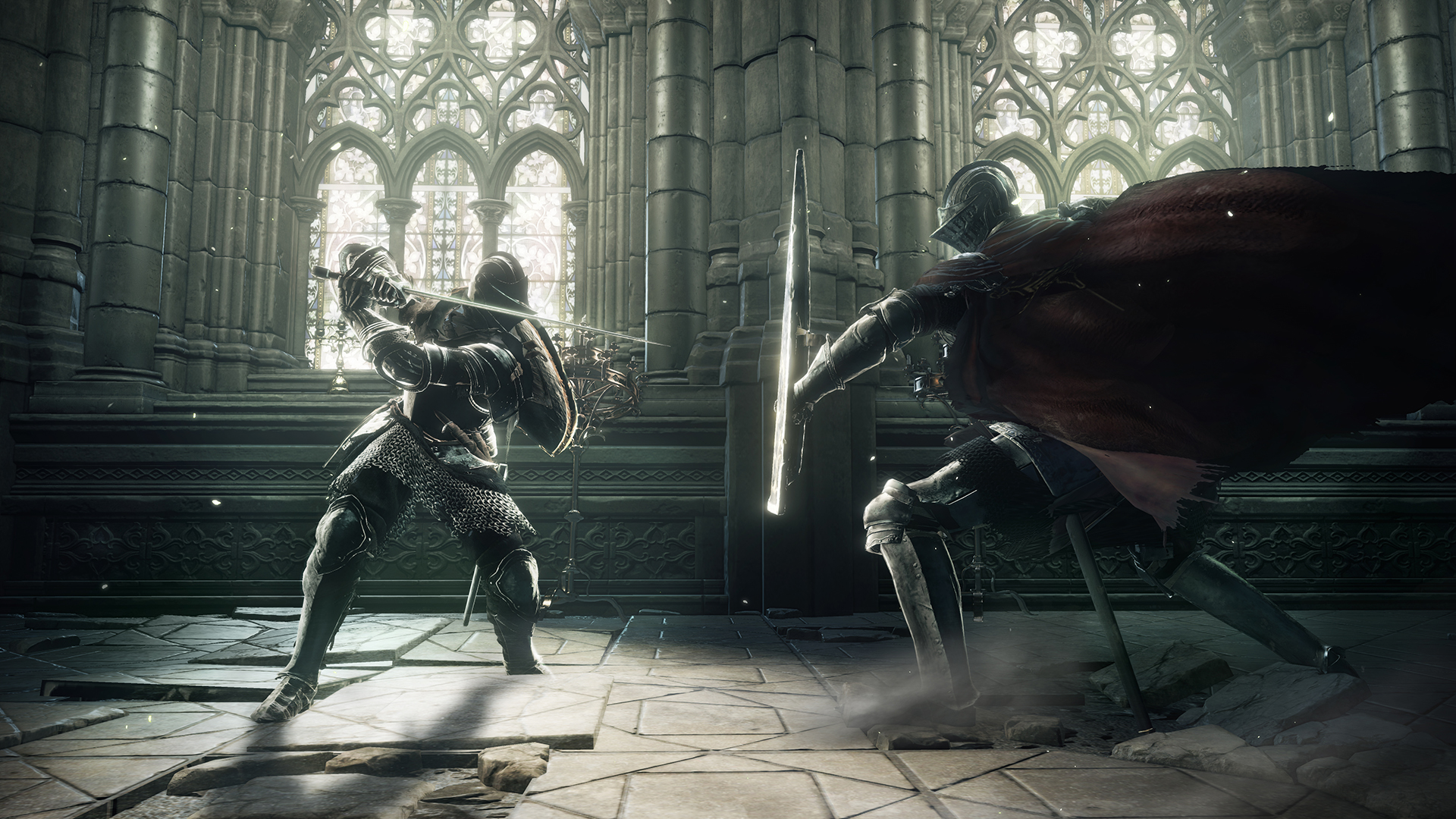 Some had gimmicks in order to defeat them, which really devalued their worth as a boss and once you figured it out, the boss ceased to present a challenge and began encroaching on annoyance depending on how hard said gimmick was to execute – especially if it was the only way to damage the boss.

There’s one thing that has stayed consistent across all Souls games – Bloodborne included – and that’s the soundtrack. From the main theme to the sounds playing out in the world, it’s brilliant. Bosses are enhanced with thematic orchestral scores that get your pulse racing as everything pieces together to form a David and Goliath situation almost – the lone cursed hero verses beings that defy reality and dance with godhood.

Overall, the game feels like an homage to Dark Souls from the developers themselves. They took the pieces people loved, and made another game out of it – the conclusion to their story of light and dark, of flame and ash. Slight performance drops impact the gameplay at times, and a few glitches and problems dot the game, but other than that, it’s a wonderful journey into a tainted land ripe for tales of heroics to be harvested.