What are the best games on the App store?

The 21st Century has seen the launch of a range of different technologies, some wonderful and some not so much, but one thing that has remained has been societies love of ‘gaming’. 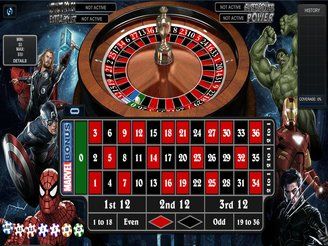 One of the most popular form of gaming for over 18s are casino style games, with the user getting the rush and thrill of winning money and gambling whilst travelling, apps for sports fan where accumulators can be placed add an extra dimension to Saturday afternoons. One company who have been making the most of the recent boom in gambling apps has been Casino.com, and they offer over 18s a fun and safe place to enjoy the thrill of gambling and casino style night out without having to go on the night out.

Gaming can be as addictive and immersive as films, just look at the success that Grand Theft Auto has enjoyed. Rockstar games pioneered platform games where the user can just simply play the game, they do not need to follow a narrative set out by the creators. There’s a scene in popular TV series Big Bang Theory that sees Sheldon playing a video game and his character is just drinking in a pub and when he gets asked why he says “I was feeling depressed and just needed to blow off some steam”.

Another real life example would be the Football Manager franchise that allows players to totally immerse themselves in managing a football club. They can handle every single aspect of the big, and if you have never played the game, take it from me, it’s addictive! That recently has been developed for Android and Apple users to play on their phones or tablets and so that thrill and rush of managing a club is now available for anyone at anytime. Handheld gaming has huge potential to become even bigger than it has done in the past, especially with the new generation of phones that are being released coming with bigger screens and much more powerful graphics. ‘Celebrities’ have started latching onto the power that the mobile gaming market has, and the number 3 biggest selling app for iPhones is YouTube sensation PewDiePies app.

People are willing to spend £3.99 on an app because it has his name associated with it. Online games are offering people a chance of escapism at their fingertips.