We Are FSTVL Announce Full Line Up

Following a hugely successful launch in December which saw early bird tickets sell out in an unprecedented 67 minutes, We Are FSTVL is delighted to be kicking off 2013 with another exciting announcement.

Not content with hosting an expansive world class line-up, We Are FSTVL will be placing a huge emphasis on production to create an unrivalled festival experience, never before applied to the UK dance festival market. Expect to see an arena made entirely out of shipping containers, a 2,000 capacity beach arena inspired by a tiki paradise and a secret crop circle rave, each with its own set of LED video walls, state of the art lasers and Funktion One Sound systems.

Plus prepare for unexpected twists and surprises nestled away such as dress-up boxes and play areas for those who want to blend seamlessly into their fantastical surroundings and bespoke never-before-seen design details, making We Are FSTVL set to be a game-changer. 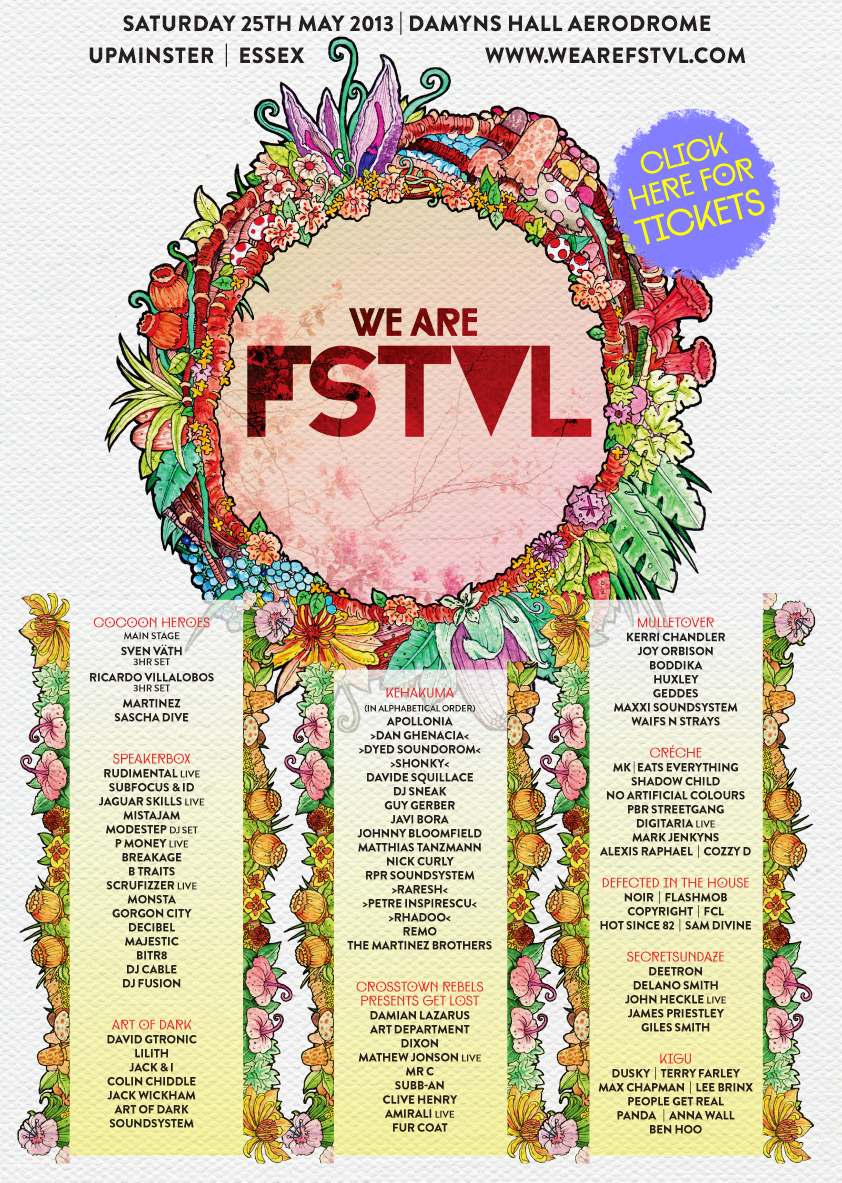