Hey all you cool cats and kittens!

Some time back before the corona apocalypse began, I had the opportunity to ask Jesea Lee over at High Road Publicity some questions about pushing your music effectively as an independent artist. Now admittedly, I am publishing this way later than I originally intended to.

However with everybody now finding themselves with more time on their hands, the opportunity to create and release music has never been better. There is of course a lot more to it than just uploading your shiny new ballad onto Spotify late one night, then waking up to a million streams the next day. As with all things, there is a process to it.

Check out my interview with Jesea below. Whether you are a newbie to it all or you have been releasing for a while, this will definitely be useful. 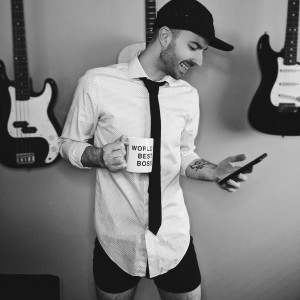 First off, can you start by telling our readers a little bit about yourself and your position with High Road Publicity?

Hi, I’m Jesea Lee from Cleveland, OH! I’m the co-owner and head publicist at the music PR firm High Road Publicity, a company that primarily focuses on providing exposure to emerging artists and the underground.

For our independent beginners out there, what should their first step be when releasing a song, do you have a list of recommended distributors?

I think it’s definitely worthwhile to check out a few distributors and see which one aligns with your needs (and budget). Some require contracts or just a one-time fee. Some help with playlists and pre-save campaigns, and some just simply distribute your tunes. A good place to start is looking into DistroKid, CD Baby, and EmuBands. All three are “preferred” by Spotify.

Once they have a distributor in place, what steps if any, should an artist take prior to releasing?

I actually recently wrote a blog post about this here. There’s a few simple things you can do that can make a huge difference, but it does require a little patience.

1. Set Your Release Date with Enough Lead Time
2. Create a Spotify Pre-Save Campaign
3. Jazz up Your Spotify Profile
4. Submit for Official Spotify Playlist Consideration & Release Radar
5. Reach Out to Press and Independent Playlists
6. Tease on Socials
7. Prepare All Your Day of Social Posts

The consumption of music has changed a lot over the past 10 years or so. What role does social media play in all of this?

As far as consumption, it’s such a great discovery tool. I will see a cool photo on IG and click on it and if it’s from a band, it may lead me to check out their music. Social media is obviously huge for promotion. If a band is social media savvy and knows their audience, they can grow so fast.

Once the song has landed, what next?

Promote the shit out of it! Think of creative ways to share it on social media, maybe through contests or funny promo videos. Share any press and playlists that feature the song. If you haven’t made a music video for it yet, do that! That’s a great way to get a second run of promotion out of it.

How important are blogs when releasing new music?

Extremely. Playlists are obviously what everyone is talking about right now, but the huge thing playlists lack is an editorial aspect. Getting on playlists can boost your streaming numbers, but it doesn’t build your “story” and a lot of times, the “story” is what’s going to really draw fans in and make them connect with you. Again, you can build a lot of your story on your own social media, but sometimes it’s very helpful to have someone on the outside looking in help construct your narrative.

How can a new artist get themselves onto playlists?

There’s three types of playlists and different ways to get on each.

Editorial (ran by official Spotify curators): You submit to those when you have a brand new unreleased track via the Spotify For Artists dashboard.

Independent/User created playlists (some are also operated by blogs/music mags): You find the person that curates those and pitch them directly, sometimes they have a system in place for accepting submissions (like via their website or a platform like Soundplate).

Algorithm: You usually get on by doing well with the first two options and the algorithm auto adds you to playlists that make sense (based on genre, similar fans, etc).

Why is it necessary for artists to have a release strategy in place?

A good friend of mine summed it up pretty well. “Setting a release date without a plan for promotion is like walking up to the counter to order food without knowing what you want yet. Just because you’re hungry doesn’t mean you’re ready. You’re going to annoy everyone around you and all you had to do was step back for a few moments and make a plan.”

Beyond the music, what do you do in your spare time?

I have a 10 month old that keeps my wife and I preeeetty busy, ha. Other than that, I love staying active working out as much as possible. I love beer, I actually rep a local brewery called Goldhorn Brewery. I also love cooking. I went to culinary school and worked in a bunch of restaurants when I was younger. I try to incorporate all my passions into my playlists. For example, every time I update my Lean Indie Kitchen playlist, I share a new recipe I like. You can see other examples on my Instagram. Oh and I’m a really big pro wrestling dork.

Project wise, anything exciting on the horizon for you?

Aside from the great bands I’m working with, I have two pretty unique projects I’m doing PR for. One is a TV show called Sounds of the Underground which airs on CBS. It’s an alternative music show that features some bigger names (like August Burns Red, Craig Owens, Frank Iero) alongside smaller, emerging acts. The other project is a book called “Punk Faction: BHP ’91 – ’95” which is a collection of British Hardcore Press zines that features interviews from back in the day with Green Day, Rancid and a ton of other awesome bands.

Shameless plug, do you have a playlist of your own that artists can submit to?

Of course and I love adding new, unknown bands! I’m always trying to create new playlists, so the best way to see all of them is just checking out my profile here or via this link.