There will always be certain songs that take you on a harmonious child-like journey through a warped ghost-train, whether you're a child in a car hearing your favorite song, or an adult, sat by a frosted window, half-wasted Marlboro red in one hand, watching your turntable spin; it's a feeling, and it's just magic, that's what this song is.

Female electronic-folk trio, Dirty Dollhouse,  seemed to hide themselves away in their evocative and euphonious empire after the release of  their debut EP, ’25 Shades’, back in 2014.

For fans of the all-American triad, it will be well known that the girls have been working victoriously together still, traveling, writing and performing frequent shows in their hometown of Philadelphia.
However, for those who didn’t take an Alice-in-wonderland-esque  trip into the Dirty Dollhouse’s dreamlike trance of rhythm and rhyme; the chance has risen again, come along and pop the pill that is ‘The Last Time’.

I never known what to expect from artist who become acclaimed as hybrid mixes of genres,  such as the electronic/folk/country labels these girls have become synonymous to,  But this track, taken from their new  EP release, ‘VINYL CHILD’,  hit me like a hurricane – maybe it was the wistful cello echoing over the sound of thunder and rain that got me, maybe it’s because these chicks are just fucking good are what they do.

The modern electronic-gothic approach the single takes on is akin to the delicate yet daunting approach that Bobbie Gentry took to her single, ‘Ode to Billie Jo’, back in 1968. Playing out a perfect example of legato, lead singer Chelsea Mitchell takes you on a whirling ferris-wheel ride, you feel her anger as herself and her backing vocalist, Amber Twait and Vanessa Winters, demand ‘it’s gotta be the last time’,  performing a lyrical vortex of pain, regret and redemption.

Musically, they carried through with immovable percussive work, synthesized overlays, vocal echos and the added extra media of enhanced sound samples, really, it’s quite a simple track, and fits all of what you would expect from an act called ‘Dirty Dollhouse’, the difference though is that it just seems to have that extra bit of musical magic. There will always be certain songs that take you on a harmonious child-like journey through a warped ghost-train, whether you’re a child in a car hearing your favorite song, or an adult, sat by a frosted window, half-wasted Marlboro red in one hand, watching your turntable spin; it’s a feeling, and it’s just magic, that’s what this song is.

‘VINYL CHILD’ was released Aril 14th, and can be found on their website, along with further American tour dates. https://www.dirtydollhousemusic.com/listen/ 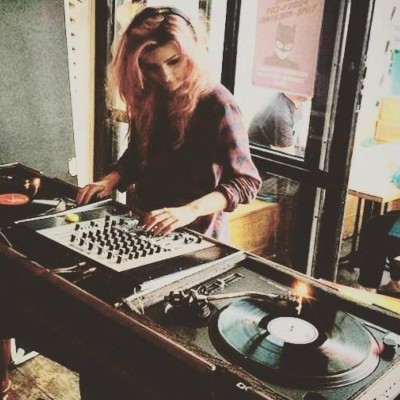