The festival returns across three stages at O2 Academy Liverpool on Saturday 29th March 2014 next year packing a doubled-up punch for rock fans as an extra date at O2 Academy Newcastle is announced for Sunday 30th March 2014. Featuring a fresh round of 24 acts ranging from some of the biggest names in rock to the best emerging talent from the alternative circuit, Radstock 2014 is a must-visit event to kick off next year’s festival season. 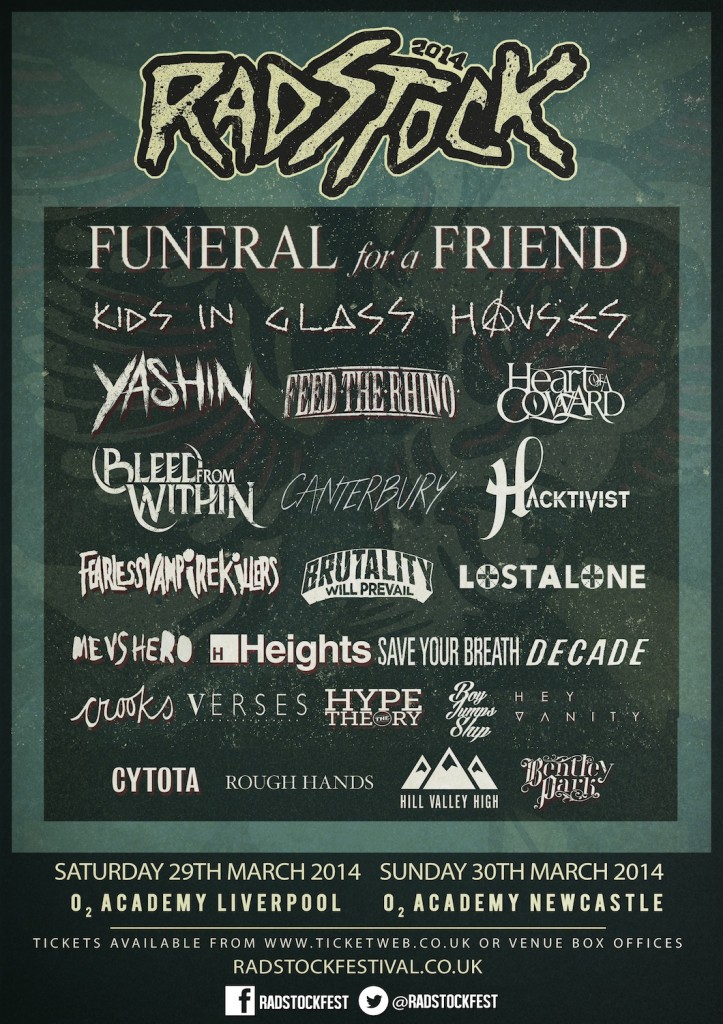 In addition to three live stages, Radstock 2014 will feature a merch village, a whole host of giveaways with sponsors and an official ‘After-Show’ party (over 18s only) featuring special guest DJs from the line-up and Radstock residents.

Tickets are just £26.00 adv and are on sale now via www.ticketweb.co.uk

Kids in Glass Houses – The Best Is Yet To Come on MUZU.TV.