Life’s many adversities enable us to see the world and our role in it in a different way. It has been said that adversity and ingenuity sometimes go hand in hand, and some people thrive more than others in the wake of trying times. Indeed, some of the most respected poetry and art has been written and drawn in the trenches.

From the depths of despair, drugs and alcohol, Indie-folk singer Robert Francis is back with a refreshing and emotional fourth studio album, Heaven. UK release is penned for April 14th of this year. 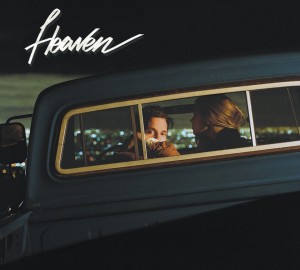 A guitar in hand aged 9, Francis teamed up with the former Red Hot Chilli’s guitarist John Fruciante to learn the ropes. Still a teenager, his debut was sprinkled with domestic praise, resulting in Atlantic signing him to their roster. On his debut, Absolute Punk stated that, “Each song turns a simple concept into something special, and most importantly, something honest. I can’t over-emphasize the honesty within this record. Francis writes from the heart“.

As new routes opened, Robert Francis stormed the European charts with the track, “Junebug“, reaching number one in France in 2009. His second and third albums were both admired but hit a brick-wall in the process. He say’s “I’d never known a life other than one consumed by music. I had to lose myself in order to rediscover who I was in the beginning“.

Now, the 26-year-old singer, songwriter and multi-instrumentalist from California returns with his new album, helped by his newly-formed backing band, The Night Tide. Robert Francis & The Night Tide is a musical vessel, a vivid and emotional journey through the uncertain times of youth. His captivating and bewitching voice and lyrics reflect the younger years as we try and deal with concepts bigger than ourselves. This may be deep, but it might be the closest thing to reality you’ve heard this year. As much as music is for escaping, you somehow feel vigorously refreshed after a listen.

Look out for the upbeat and jazz-flavoured “Baby Was The Devil” as well as the ridiculously enchanting, “Blue”.

Watch Robert Francis perform one of his most well-known tracks, “Eighteen” in the official video below.

Heaven, by Robert Francis & The Night Tide will be released on 14th April 2014 through Membran Records. The record is mixed by Mark Rains (Black Motorcycle Club) and mastered by Howie Weinburg (Nirvana, Jeff Buckley). A European tour will follow in May. Four-weeks worth of shows kicks-off at the Colchester Arts Centre and ends up in Berlin on the 31st May.

Listen to the brand new track on the forthcoming album Heaven, ‘Love Is A Chemical’ on Spotify here