I’ve been sick the last few days, for reasons that I don’t really want to go through. Usually when I’m ill, I lie in bed all day, crying and wishing that I was in Ibiza. I’m not 100% why Ibiza exactly, I hate sunbathing and drinking.

Anyway, the only reason I bring this up is because my sickness just had to coincide with the launch of MGR: Revengeance, a title who’s development I’d followed from early 2010 when the first trailer was shoved into my visual box. But, I took a heck of a lot of Benylin, locked my bedroom door and played through this beaut just so I could review it…. so, here we go.

Set in the year 2018, four years after Guns Of The Patriots, the war economy has been nearly dissolved, and all armies that took part in the wars during MGS4 have all splintered off into separate PMC corporations, including our hero of the hour, Raiden, working for Maverick Enterprises. During a routine mission to help a failing African nation regain its military strength using technology and strategies from Raiden’s PMC group, the Prime Minister’s convoy is attacked and destroyed by members of another PMC, Desperado Enterprises. After failing to rescue him, Raiden’s initial cyborg body is badly damaged in a fight with a Mexican Ninja called Sam (I don’t know either, but somehow it makes sense in game). Weeks later, Raiden returns to action, infiltrating Abkhazia wherein Desperado are leading a military coup. He aims to track down and kill each of the main members of Desperado Enforcement LLC, in order to exact revenge, but along the way, discovers Desperado were up to more than simple murder… 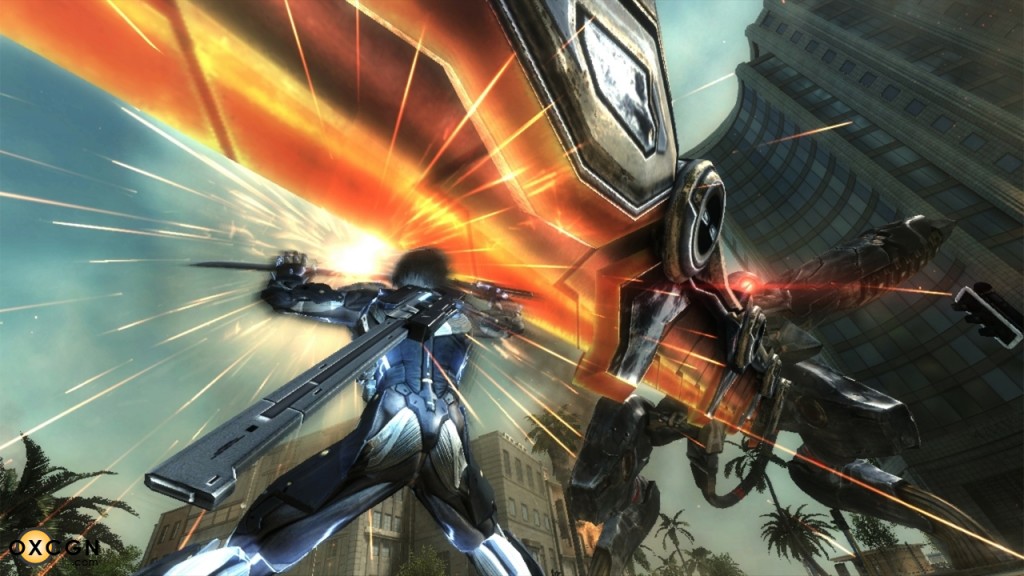 The story is deep, as you would expect from a Metal Gear game, but not as cutscene heavy as previous titles. Now, dependant on your view, this can be good and bad. Personally, I love the cutscenes in Metal Gear – They are detailed, animated beautifully, voiced perfectly and are just the right side of wacky to not completely take you out of the scene…

There are also people i know who hated the fact that MGS4 especially was so cutscene heavy, believing that, while being very good, the repeated stopping and starting of gameplay made people annoyed that they couldn’t just carry on while they were in a stride. Also the length of cutscenes has been criticised of old games, but with this, they are just the perfect length to give you enough information as to what is happening, what to do next, and also be incredibly entertaining.

People who were expecting traditional stealth action from this game will be bitterly disappointed. The game, developed by Platinum Games, plays a lot more like Bayonetta and DMC, with fast-paced combat thats not too complex, but in-depth enough to create combos and mix all the moves and weapons you own.  The controls are solid and easy to use, and i rarely asked for anything else from the game. The fast-paced action in the cutscenes is mirrored in combat, with a non-stop flow of action and the accuracy of destruction when you cut something or someone up with Free Blade mode beggars belief.

The only thing i would say about the gameplay is that the parrying system was a bit difficult for me to get used to. There isn’t a dedicated block button in-game, so the only way to defend yourself from attacks from annoying bosses like Jetstream Sam or the Sundowner is to time pressing the light attack button and pushing the left thumb stick in the direction of the person who is attacking. On harder difficulties, parrying attacks is dang hard, and lightening fast reflexes are needed just to stay alive.

As you come to expect with Platinum and Kojima games, MGR: Revengeance is beautiful. Scenery thats is incredibly detailed and stretches for miles, character models so detailed that it boggles the mind, and all the cutscenes animate brilliantly. Also a pleasant surprise is the detail put into the Free Blade mode as mentioned above. In game, you can cut through nearly any inanimate object lying around the levels, so when you swipe at objects, you can cut anything to small smouldering pieces, which never ever gets boring…. Like, ever!

Immersion has been where some MGS games have excelled in the past, and Revengeance is no exception. Although shorter than traditional Metal Gear games, the story is still long enough to get addicted to it and still take several sittings to complete. Plus, as Raiden’s adventure continues, old faces from previous games start to crop up, creating an emotional connection to the character and further absorbing you into the world in which Raiden rules. 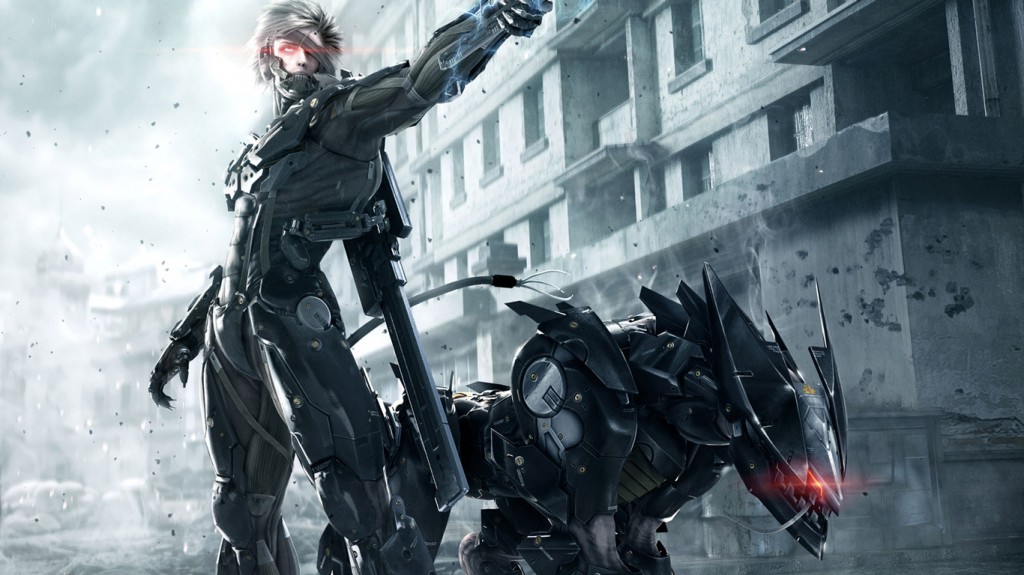 A great start to a great spin-off series, and if rumours are to be believed a few more ventures into “Mr Lightening Bolt’s” adventures are sure to follow. If you even remotely liked DMC or God of War, I urge you to pick this title up, and it could also spark a love for the Metal Gear series as a whole… Which surely, everyone could do with. It’s like fried chicken – you haven’t lived until you’ve tried it.