Twenty years since its release, few albums have reached the level of critical and commercial acclaim enjoyed by Radiohead’s OK Computer, a pre-millennial soundtrack for the paranoid, disillusioned and disenfranchised. In 1997, when the dust was still settling in the aftermath of grunge, and alternative culture was giving way to unashamed pop music, Radiohead pushed against the mainstream current. They refused to be pigeonholed by the musical conventions of the time.

Nonetheless, OK Computer wasn’t a direct response to music’s softening stance on guitar music, but an evolution of the anarchy left behind by the grunge movement which took a more critical and sophisticated approach in the way it examined modern culture. What Radiohead produced was a record defined by the intricate anxieties and disillusionment of their frontman and auteur, Thom Yorke. Through abstract lyricism, he managed to turn these thoughts into something tangible and understandable. Now 20-years old, OK Computer still sounds every bit as musically and culturally prophetic as it did when dial-up internet was still a thing. 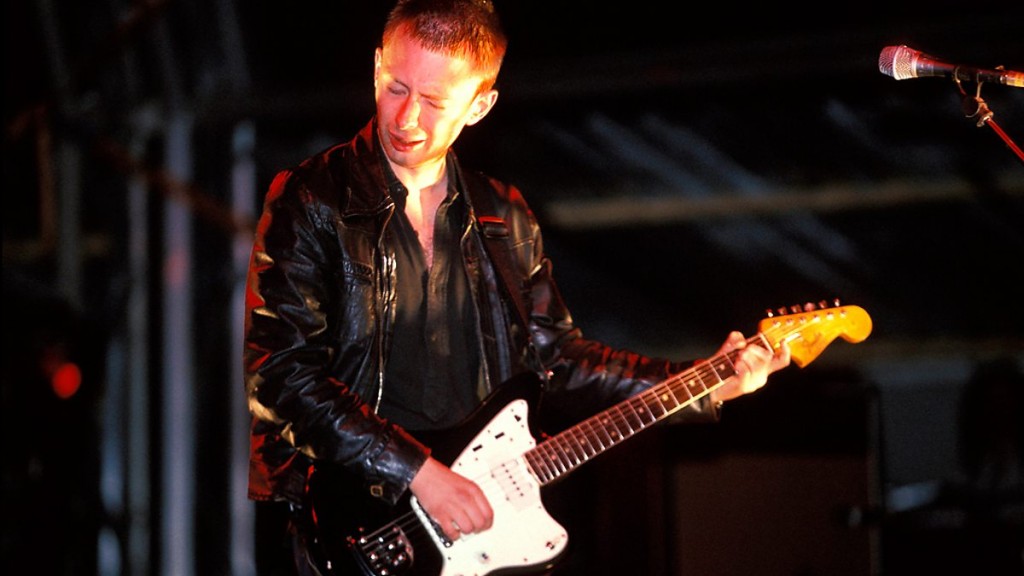 The first track recorded for the album materialised when Brian Eno asked the band to contribute a song to The Help Album, a charity compilation organised by War Child to benefit children affected by the conflict in Bosnia. ‘Lucky’ was much darker than anything that the band had released before, and it became the catalyst for OK Computer’s conception. Thus the band absconded to a mansion outside of Bath, Somerset, which would become their basecamp and studio to record the rest of the album. The mansion’s vast ballrooms and empty stairwells, in which the majority of the songs where recorded, contributed to OK Computer’s claustrophobic, eerie mood.

Instrumentally, OK Computer is an album of musical contrasts. From gentle pop ballads to expansive, apocalyptic anthems, the record strikes an acute balance of elastic guitars and fine-drawn electronics: a juxtaposition that the band have resurrected in their most recent record, A Moon Shaped Pool. The velocity and chaos felt in moody tracks like ‘Lucky’ and ‘Climbing Up The Walls’ underline Radiohead’s evolution from the indie-pop sound that defined much of their early career when they struggled to keep up with Brit Pop’s imprint on popular culture. 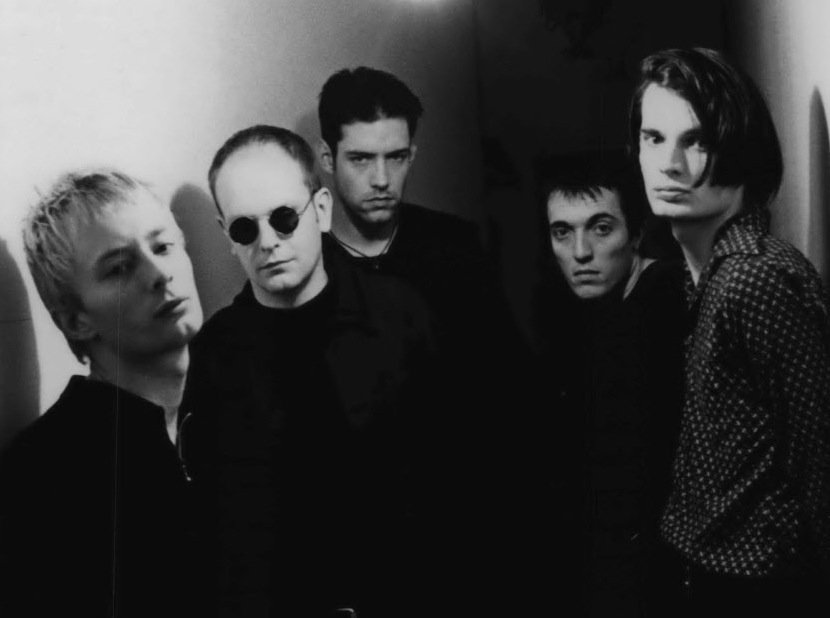 What makes OK Computer such a seminal, era-defining record in the eyes of critics is its bleak, yet prophetic vision of the years that followed its 1997 release. On tracks like the ‘Subterranean Homesick Alien’, a vortex of avant-garde, Miles Davies-inspired experimental jazz, Yorke’s paranoia articulates ideas about pre-millennial agoraphobia (“I keep forgetting / The smell of the warm summer air”), drone technology, drone pornography (“Up above Aliens hover / Making home movies / For the folks back home”) and plastic surgery (“Of all these weird creatures / Who lock up their spirits / Drill holes in themselves”). Yorke takes a strike at happiness defined by instant gratification: a vision of the future from 1997 which paints an accurate picture of social-media-saturated life two decades on.

“Yorke takes a strike at happiness defined by instant gratification: a vision of the future from 1997 which paints an accurate picture of social-media-saturated life two decades on”

Yorke’s image of a paranoid society is reaffirmed on the skittish ‘Karma Police’. While caricaturing state surveillance, the arrangement nervously flicks around precise acoustic guitar and piano, creating a sense of order and obedience as the instruments flow in harmony together. The lyrics capture the anxieties and paranoia of constantly being watched and scrutinised (“Arrest this man / He talks in maths / He buzzes like a fridge / He’s like a detuned radio”). Over the past 18 or so months, ‘Karma Police’ and its ideas have a spooky relevance regarding the Trump (“not quite a Hitler hairdo…”) campaign. Although the song doesn’t predict Trump’s ascent to power, Yorke’s lyrics take on a new meaning in today’s political climate. Orwellian in its lyrics and disciplined in its structure, ‘Karma Police’ paints a bleak picture of the future.

The OK Computer vehicle finds beauty and poignancy as it wobbles between the lanes of gentle pop tunes and seismic, ear-shredding guitar tracks. ‘Paranoia Android’ is Radiohead at their most cinematic and observant, and their most expansive and proggy. The shuddering, lightning slap of Johnny Greenwood’s guitar, the soulless choir sound of the third section, the shivering cry of Yorke’s critique on capitalist culture (“The crackle of pigskin / The dust and the screaming / The yuppies networking / The panic, the vomit”) make for one of Radiohead’s most adored tracks. Inviting comparisons to Queen’s ‘Bohemian Rhapsody’, the song swerves inwards and outwards, like an aircraft navigating rough turbulence, while still holding a regimented structure. 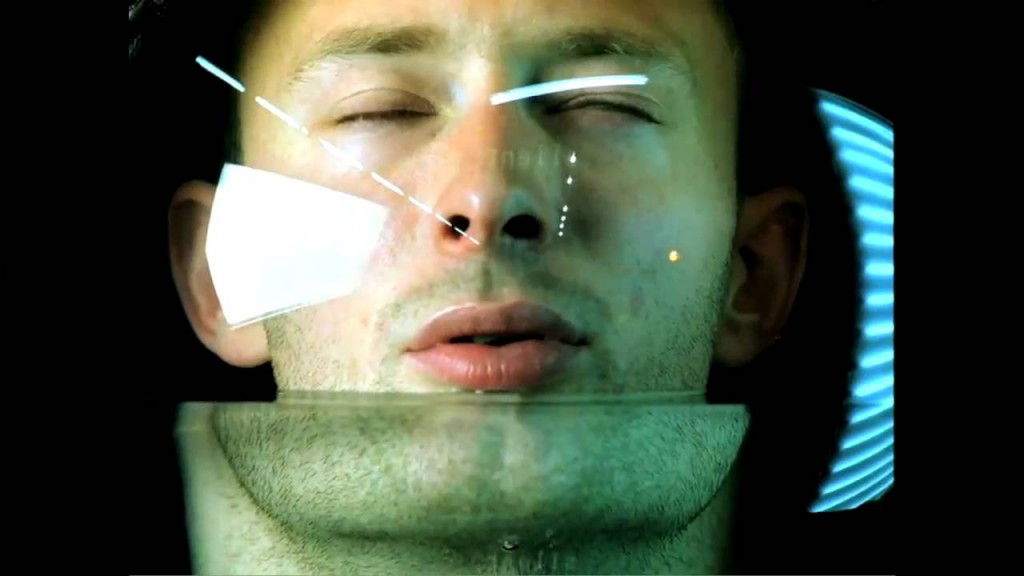 ‘Fitter Happier’ and ‘Exit Music (For A Film)’ offer creepier, darker moments to the record. The interlude of ‘Fitter Happier’ is indicative of an apocalyptic future, and is a disturbing roll call of what the band envision the future to be (“slower and more calculated / no chance of escape / now self-employed / concerned but powerless”). ‘Exit Music (For A Film)’ is a cold indie-rock number which moves at a grinding pace, shuddering like an astronaut jettisoned in space. Neither track is particularly melodic, but the latter offers a respite from album’s political rhetoric with a song about love in adversity: a result of the band being asked to write the song for Baz Luhrmann’s 1996 reimagining of Romeo + Juliet (the track never made it on the soundtrack, but was replaced by the ‘Street Spirit’ B-side ‘Talk Show Host’). The tumultuous ‘Electioneering’, on the other hand, throws punches at the pre-millennial political climate, as Yorke barks “Riot shields / Voodoo economics / It’s life, it’s life”. The variety of songs and topics on OK Computer ensures that it’s a fresh and compelling listen every time you play it, as new details and features continue to crop up more than two decades after its initial release.

No song manages to capture the delicate tonic of bleakness and beauty as perfectly as ‘No Surprises’. The elegant ensemble of glockenspiel, acoustic guitar and brushy drums, as well as the unmistakable opening jingle from Ed O’Brien’s guitar, set the tone for Yorke’s story of a quiet, uninterrupted suicide. He describes it as the only way out of the routine of an everyday life which he finds unbearable: “A job that slowly kills you / Bruises that won’t heal / You look so tired, unhappy”. It’s sad but beautiful: the quintessential manifestation of Radiohead. ‘Let Down’ and ‘The Tourist’ are perhaps the only two tracks that sound related to the band’s previous album, The Bends. While they don’t stand out as much as the other tracks, they lay the groundwork for its sonic blueprint, keeping true to the Radiohead model: ambient textures, frenzied guitars and Yorke’s unmistakable, cautious falsetto.

In essence, OK Computer propelled Radiohead from one hit wonders into the musical stratosphere. The record set them apart from their artistic predecessors and contemporaries by proving that they would not allow themselves to become trapped by their own reputation, and would strive to raise the bar from their previous work through experimentation. In 2017, the album can be enjoyed not just for its sheer quality, but for its significance as a cultural prophecy. Yorke foreshadowed the ubiquity of technology, and the ways in which social media, smartphones, apps, consumerism, Siri, and Wi-Fi could turn us into paranoid and detached androids. As we celebrate its 20th birthday, OK Computer eerily reminds us of our modern desire for a quick fix, to watch life pass us by from a car window.

July is a widely-celebrated month across the globe; America celebrates independence, Ireland remembers the Battle of Boyne and children celebrate

Twenty years since its release, few albums have reached the level of critical and commercial acclaim enjoyed by Radiohead’s OK