Currently out in North America touring their album ‘Loud Like Love’, Placebo have announced an 18 date UK and Ireland tour for early next year.

Set to be their most extensive run of live shows since 2006, the band are kickstarting in Dublin on February 25th, playing shows all around cities they haven’t visited in years, ending right back in London’s Hammersmith Apollo in March.

With an impressive 1 million album sales in the UK and 12 million worldwide, the band are facing their 20th anniversary in 2016.

As if this tour news wasn’t enough, Brian Molko has announced the release of his book, containing his selection of lyrics from his 20 years at Placebo. ‘Brian Molko – Selected’ is available to order from BrianMolko.com from October 31st.

Catch Placebo at the following 2015 dates: 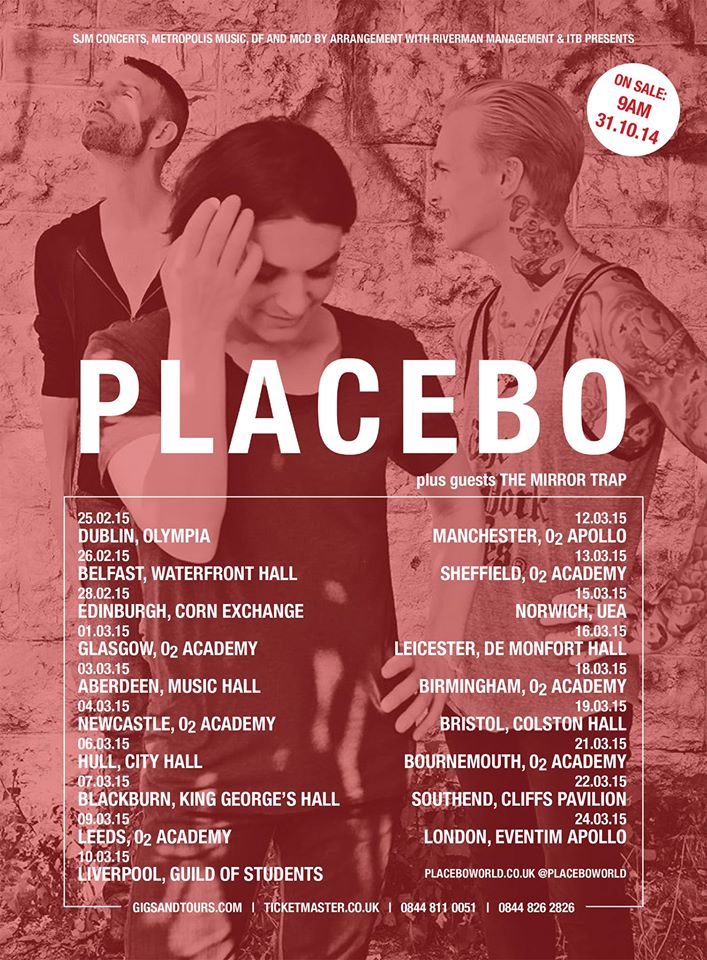