The British music scene is at the top of its game at the moment and Lauren Ray and Kerri Watt are two new stand-out female stars who are on the cusp of making it big. 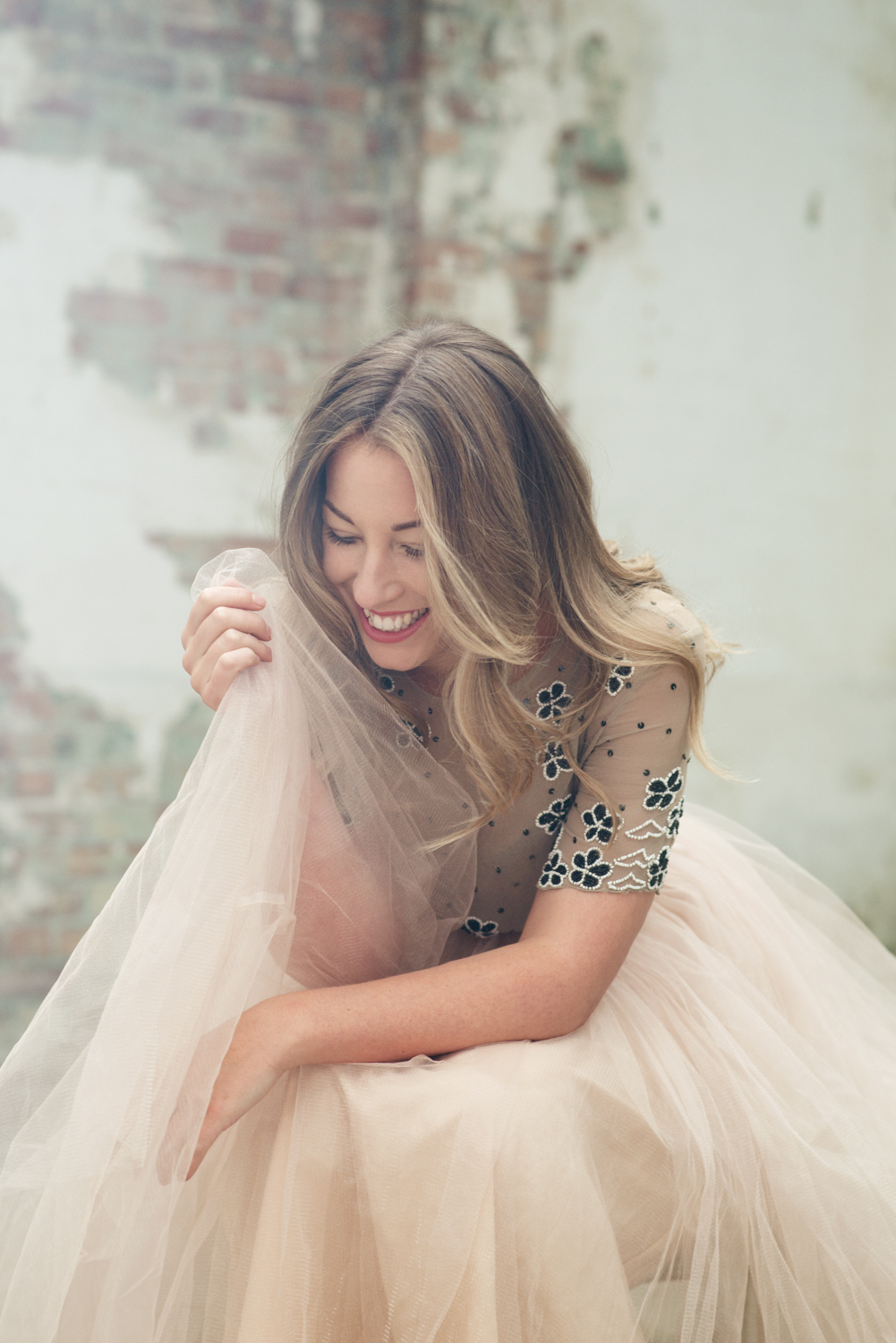 Singer songwriter Lauren Ray has just released her sultry new single ‘Drive’ which is the perfect soundtrack to ease us into the British summer. With a Polish/South African father and English/Irish mother, Ray lived a migratory childhood, growing up living in South Africa, Poland, and Austria, before finally settling in the UK. The consequential experiences of gaining and then losing friends is something she draws on in her music. Ray’s songwriting is “more grounded in fact than in fiction” and she counts “people closest to me and situations they (or I) have experienced” as her inspiration.

For the past few years Ray has held down a full time music industry job whilst using her spare time to perform and write. 2015 was a landmark year for Ray as she recorded her album in Nashville with producer Neilson Hubbard, and released her single ‘Come To Me’ from her Paying For Love EP. Ray notes having the opportunity to record an album in Nashville, the heart of soulful country music as one of the best experiences of her musical career so far. Another highlight has been her Drive tour: “It has been my first time touring the UK and my first time ever appearing on the radio which has been very exciting”.

Taken from the forthcoming album We Will Need Courage, ‘Drive’ is beautifully understated and graceful. Ray’s velvety tones are effortless and sultry and the elegant feel of the track is carried through with the understated piano backdrop. The gentle guitars bring a slight groove to proceedings and the soothing strings and mellow percussion add an element of unspoken class to the track.

The accompanying video depicts the innocence of a blossoming romance against the backdrop of the British weather in all its overcast glory! Ray and her love interest escape the hubbub of the city, escaping together to greener pastures. It’s a beautiful ballad which is about “having the courage to really go for it, even though you don’t know how any new relationship will turn out.” Artists with the ability to tell a story through music and lyrics and to take the listener on a journey inspire Ray in a very powerful way: “Laura Marling, First Aid Kit, Ray LaMontagne, Rodriguez, Cat Power and so many others… inspire me to think about how I am telling my own stories.”

New artists are always striving to reach new audiences and expand their fan base so Ray’s Café Nero tour has been a brilliant way to showcase her music to a wide spectrum of listeners in the intimate confines of their coffee shops. On this unusual choice of venue Ray said that “My music is so laid back that I have found that these smaller, intimate venues are more suitable to playing my songs acoustically. I’ve found that most of the people who sit and listen to my music in store were there by chance and had no idea I was scheduled to play so it’s just a great opportunity to reach new people that I otherwise wouldn’t”.

Ray describes We Will Need Courage as “a mixed bag of songs that I feel flows nicely from start to finish.” Drive sets the bar with its smooth laid back sound but the album also features “darker”, “melodic” and “grittier” tracks where she experimented and “really went to town with the band and production” so expect a few surprises along the way! Now that the album’s complete Ray’s focus has turned to gigging and performing her songs as much as possible. She’ll be performing at Cornbury Festival in July and is already thinking ahead to her next project. But of course she’s “just taking it one step at a time and am just grateful that the feedback and support thus far has been so positive” 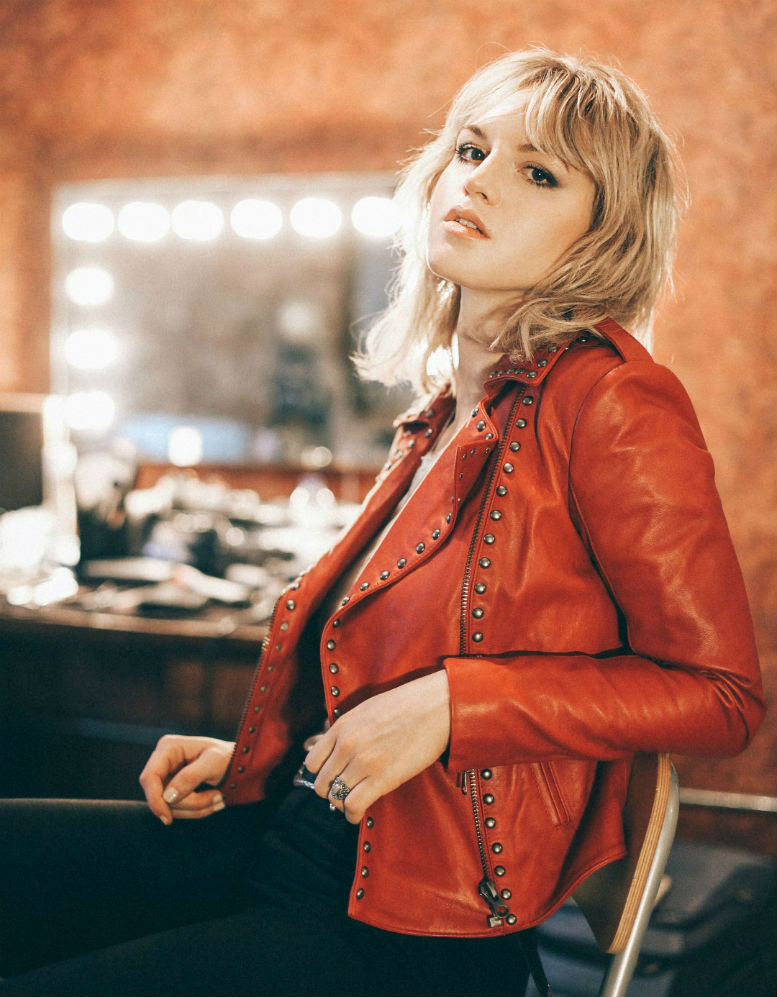 Born in Glasgow, Watt spent her early years living between the Scottish town and California. Her links to the US have been a constant in her life, having spent the last two years playing gigs up and down the UK as well as in LA. 2015 was her breakthrough year with the release of her EP You in the April and spending the June and July on tour all over the UK with The Overtones as their opening act. She also played at The Isle of Wight Festival and Glastonbury and crossed over into the mainstream with her last single ‘Long Way Home’.

She puts her heart into her music, creating songs which are deep and meaningful as well as being catchy and pop-influenced. Not only did the track soar into BBC Radio 2’s A-List but it helped her secure her first national TV performance on ITV’s Weekend Show.

New single ‘The Wild’ showcases Watt’s impressive vocal range and soulful harmonies. Understated and angelic yet powerful and head-turning, her vocals twist and turn, drawing the listener in and scooping them up into the story she is recounting. The deep heartbeat-like drum beats juxtapose beautifully against Watt’s high notes; the electric guitars add a rock-inspired edge and lend another dimension to the track. This is especially apparent during the stepped-up chorus towards the end: trumpets add punch, backing vocals create another breathtaking layer of harmonies and the soothing violins act as the perfect understated outro. Watt describes ‘The Wild’ as “a song about falling in love. About letting go of bad past experiences and getting lost in the moment and letting yourself be vulnerable again”.

The accompanying video is visually stunning and helps create a narrative along which the song flows beautifully. Shot in Iceland against a backdrop of picturesque coastlines and raw, unspoilt landscapes, the video is masterfully done and provides the perfect accompaniment to the big, impressive production of the track. Iceland was of course a very fitting location given the title of the song. Watt noted that “Iceland was unbelievable, the landscapes are like a fairy tale. I wanted to recreate what had been in my head when I wrote the song, whilst incorporating real elements of the wild and I think we’ve done both perfectly.” Watt tells the story of a performer who’s struggling to find her place on the musical stage. The idealised vision of a female singer (spangly dress, ladylike up-do) just doesn’t gel with Watt and she sets off into the Icelandic wild to find inspiration. On her return, she has the confidence to be her true self and takes to the stage uninhibited with her guitar and her rock-inspired look. On The Wild, Watt said that “I like that it’s about a journey, but not specifically a romantic one…”, allowing each listener to take a different form of inspiration from it.

2016 is gearing up to be another big year for Watt as she’s hoping to play more festivals, has recorded the follow-up single and will be recording her debut album with Richard McNamara. All this, plus the prospect of her own headline tour in the Autumn!