You show up for a bit of music on a Monday night… you get a top class performance, a bit of stand up comedy, and the best Halloween party around, all in the beautiful setting of Dublin’s finest venue…

Put it this way… we’ve been checking out live music every week for close to 4 years now, so for someone to step onto a stage and still blow us away – it takes a special kind of someone. But when you put KT Tunstall on this Dublin stage that’s so full of character, you’re going for gold!

Belting out track after track, some from the latest album ‘Kin’, some from the more folky side of ‘Invisible Empire’, and just enough from the early days of ‘Black Horse and the Cherry Tree’ and ‘Suddenly I See’, Tunstall stuck to her opening words on the night, which were – “well Dublin, never say I don’t make the effort!”, as she hops out dressed head to toe as Michael Jackson! 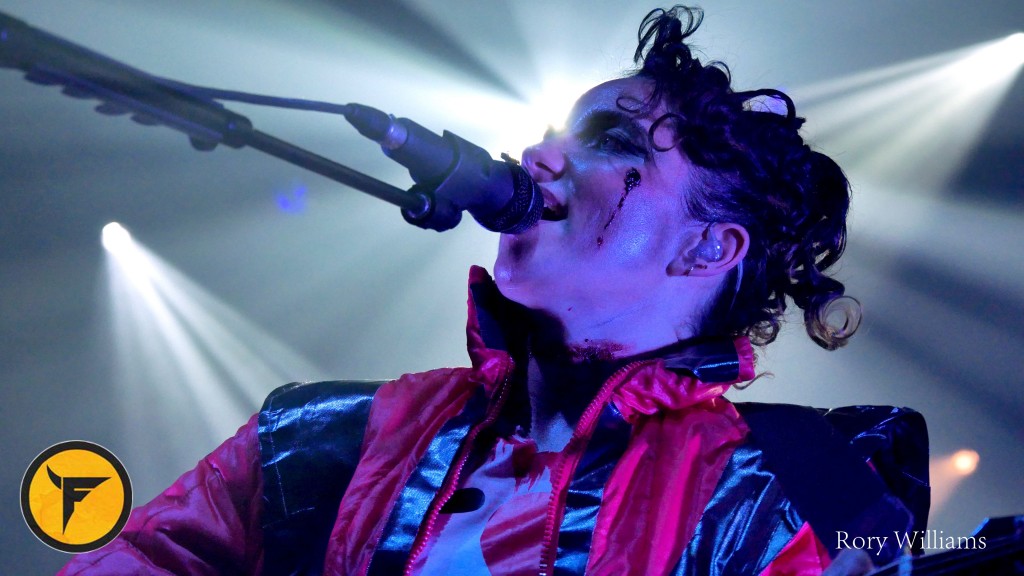 It was a show you could rock out to, dance away to your heart’s content, sing your lungs out, but when it came to the Olympia in total darkness barr the stage lights and phone torches for ‘Other Side of the World‘, you could just be right there in the moment, appreciating someone who’s standing in front of you for a sheer love of music.

The crowd certainly enjoyed the night, and the wait was worth it… but what’s more – KT enjoyed it, and that’s a special thing to witness. Top class all round!

… Even if we were led to believe James Bay was making an appearance for a grand total of two seconds… we’re still mending these hearts!