Album Review: Amber Run – For A Moment, I Was Lost

All in all this album isn't faultless but it definitely gives fans elements of a band they got to know and love in their early years but also something completely new for music lovers to sink their teeth into that leaves something to be desired in the best possible way.

On 10th February indie rock band ‘Amber Run’ released their second studio album ‘For a Moment, I Was Lost’ into to the world. The band have made no secret of the fact that the last year or so has been a troublesome time for them both creatively and personally.

Having reveled in the success of their debut album’ 5AM’ they came back to earth with a bang after being dropped by their label and drummer Felix Archer leaving the band. For a while the band’s future seemed to hang in the balance, but nearly two years after the first album release they’re back and more solidified than ever.

Change is obvious from the outset, from the first crash of the piano ‘Insomniac’ is a high energy track that  almost instantly felt like a crowd-pleaser with subtle hints of the band’s roots, Much of this is down to the inherent vocals of singer Joe Keogh however the intricate workings of the rest of the band shouldn’t be overlooked.

As ‘Insomniac’ draws to a close it doesn’t take too long at all for second track ‘No Answers’ to pull in the listener, upon first listen to this song  it instantly felt as though it would fit in nicely somewhere within the ‘Stranger Things’ soundtrack the undertones to this really stand out. Although it may be too soon to hold any full conclusions at this point it feels as though this track is one that fully showcases the band’s talents and their newly found sounds.

The album is full of songs that so much could be said about, however the next song the really stood out was ‘Fickle Game’ probably one of the more heart felt on the record and it will definitely resonate with a lot of people, not only does the track have strong lyrical power but it feels although it also pays tribute to all of those intricate details that almost felt as if they fell on deaf ears with the last album.

It almost wouldn’t right if ‘Haze’ didn’t get a mention, for a lot of people Haze was the warning light that Amber Run as we knew them would be entering a new chapter as it was the taster single for the album first released in April last year, this is the only song on the album that could be described as “something I needed to get used too” in hindsight from it being the taster single it feels like it works better as a part of the album as opposed to a standalone release.

‘Perfect’ feels as close to the first album as we get, and that for sure isn’t a bad thing. It brings with it a sense of familiarity, bringing together new and old it creates this sense of a truly new beginning, for me a moment when the album came into its own.

The latter tracks of the album feel like the darkest points, its not often something picked up on when listening to an album but the track listing of this album is something that really helps it on its way, it’s almost story-like something a lot of albums that attempt it seems to get wrong but this hits the nail on the head in so many ways.

‘Wastelands’ feels like the stand out of those darker tracks, not only that but it’s also the perfect ending and feels as though its paving the way for a beautiful next chapter to this new beginning.

All in all this album isn’t faultless but it definitely gives fans elements of a band they got to know and love in their early years but also something completely new for music lovers to sink their teeth into that leaves something to be desired in the best possible way. 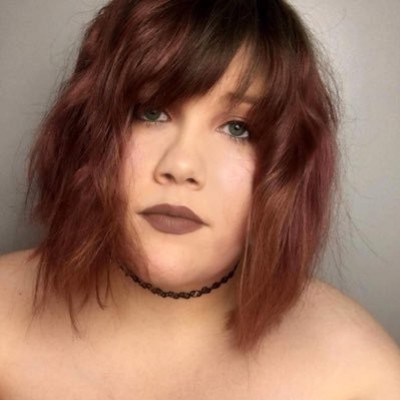