Latitude Festival have unveiled their first batch of acts for 2015, and it’s a humdinger. In celebrating the festival’s 10th birthday, Latitude will host headliners Alt-J, Portishead and Noel Gallagher’s High Flying Birds. 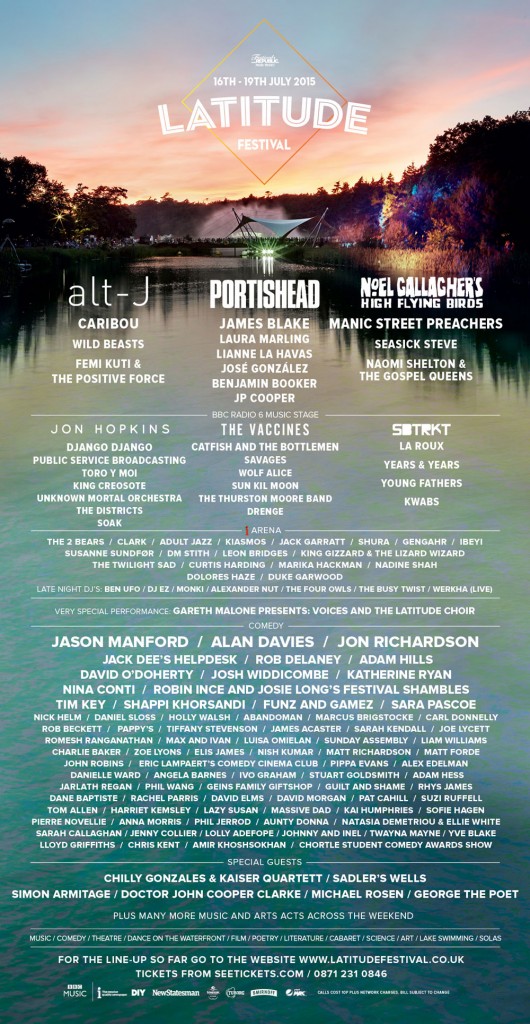 I don’t know about you, but I’m foaming at the mouth with excitement. The full current line-up is available on Latitude Festivals official site here.