Father John Misty, aka Josh Tillman, has released a new video, and it’s quite something. The video for ‘Total Entertainment Forever’, taken off of Tillman’s new LP Pure Comedy, stars Macaulay Culkin as Kurt Cobain. In the video, a group of men dressed up as Ronald McDonald, led by Tillman label Culkin (Cobain) “King of the Cucks” (I don’t know, either) and crucify him alongside Bill Clinton and Jon Arbuckle, the guy from Garfield. It’s all a bit bonkers. The video was directed by a group called Four Gods and a Baby Watch it below. 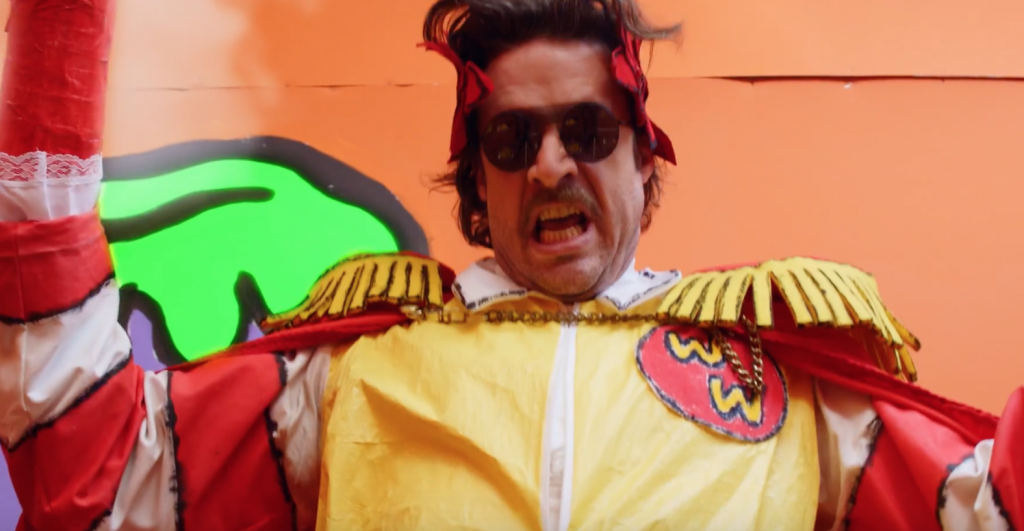