Kiyoko's debut is such a success, she is due to return early next year to hit larger capacity venues. Her charm, style, and personality are portrayed out throughout her singing and dancing performance, whilst building a loving music environment!

Venturing onto her first ever sold out UK/European tour, Hayley Kiyoko struts on stage with confidence to a crowd of screaming fans…

…and a sea of mobile phones in the air, looking to capture the opening moments of the main act.

Kiyoko opened her set with “Under the Blue” before hitting into her biggest hits; the synths began for “What I Need”, her collaboration with the cool Kehlani but tonight the crowd acted as substitute and included a dance breakdown from the talented singer. Next came the anthemic “Girls Like Girls” to which the crowd sang louder than Kiyoko and her band, singing every lyric word-by-word with heartfelt passion.

After a warm welcome, Kiyoko began to reminisce about coming a long way from her first open mic night in London years ago, to selling out her first shows in the “U-Gay”. Whilst welcoming fans to #20GAYTEEN, she continued her speech of thanks to fans for making her first UK tour possible before playing a few more tracks from “Expectations” including the fearless “He’ll Never Love You” and “Ease My Mind” from earlier EP “Citrine”.

Kiyoko then spoke about her own personal experience of being gay and coming into her own. She described her own self-judgment but finding solace in her bedroom whilst dreaming of her own paradise, a safe place to be whomever she wanted. The crowd listened attentively as a piano intro fittingly led into a slowed-acoustic version of “This Side of Paradise”.

The next segment of the show brought back the energy in “Wanna Be Missed” held a dual drum solo from Kiyoko and her drummer before leading into “Cliff’s Edge” and “Sleepover”. With another little chat with the crowd, Kiyoko reiterated her appreciation and joked about the amount of love being present in the atmosphere, as the “lovefest in Manchester”. The bass line then dropped for “Curious” and continued onto “Feelings”, to which both tracks elicited more dance breakdowns with a simple drum beat to complete each song, all that was missing was extra backup dancers.

The setlist came to an end with “Let It Be/Mercy” and the crowd continued to shout her name for her final encore in “Gravel To Tempo”.

Hayley will be returning for another headline tour in February 2019, check her twitter here for her latest updates. 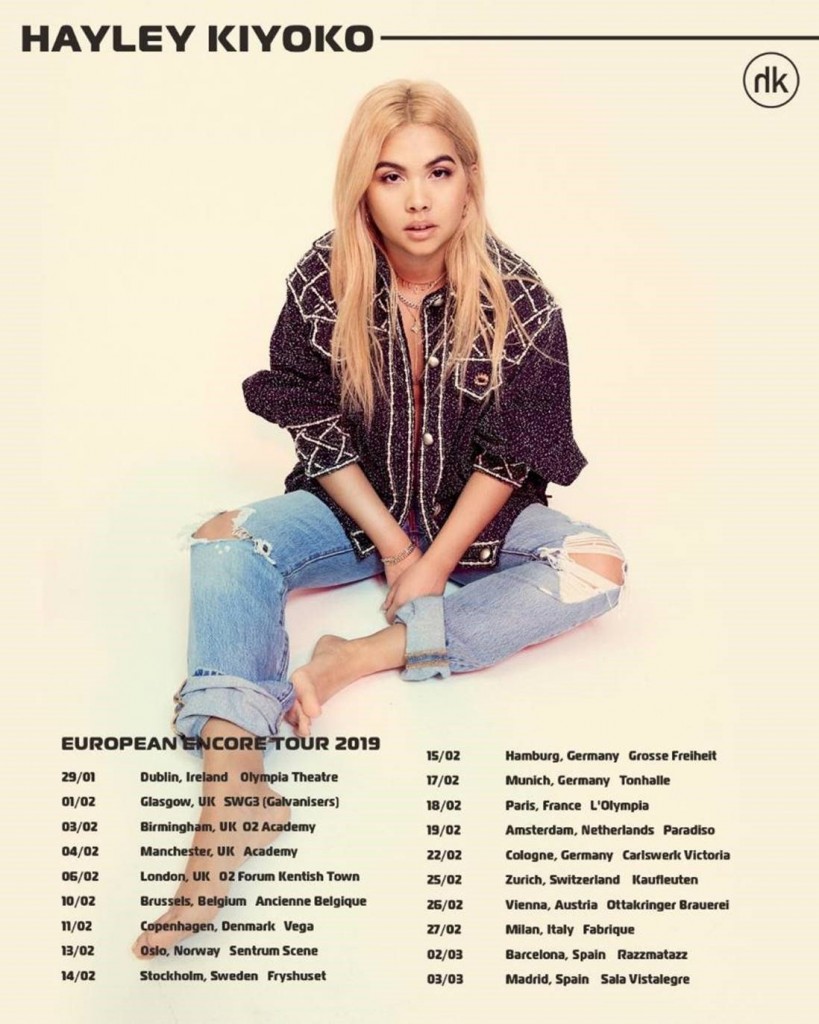