Already looking like one of the best festival line ups across Europe, Download Festival has today announced even more massive names to join the party.

Joining headliners Slipknot, Iron Maiden and Rammstein and previously announced bands such as The Gaslight Anthem, Queens of the Stone Age, Motorhead and 30 Seconds to Marsinclude Limp Bizkit, Enter Shikari and Korn.

The full announcement of bands: 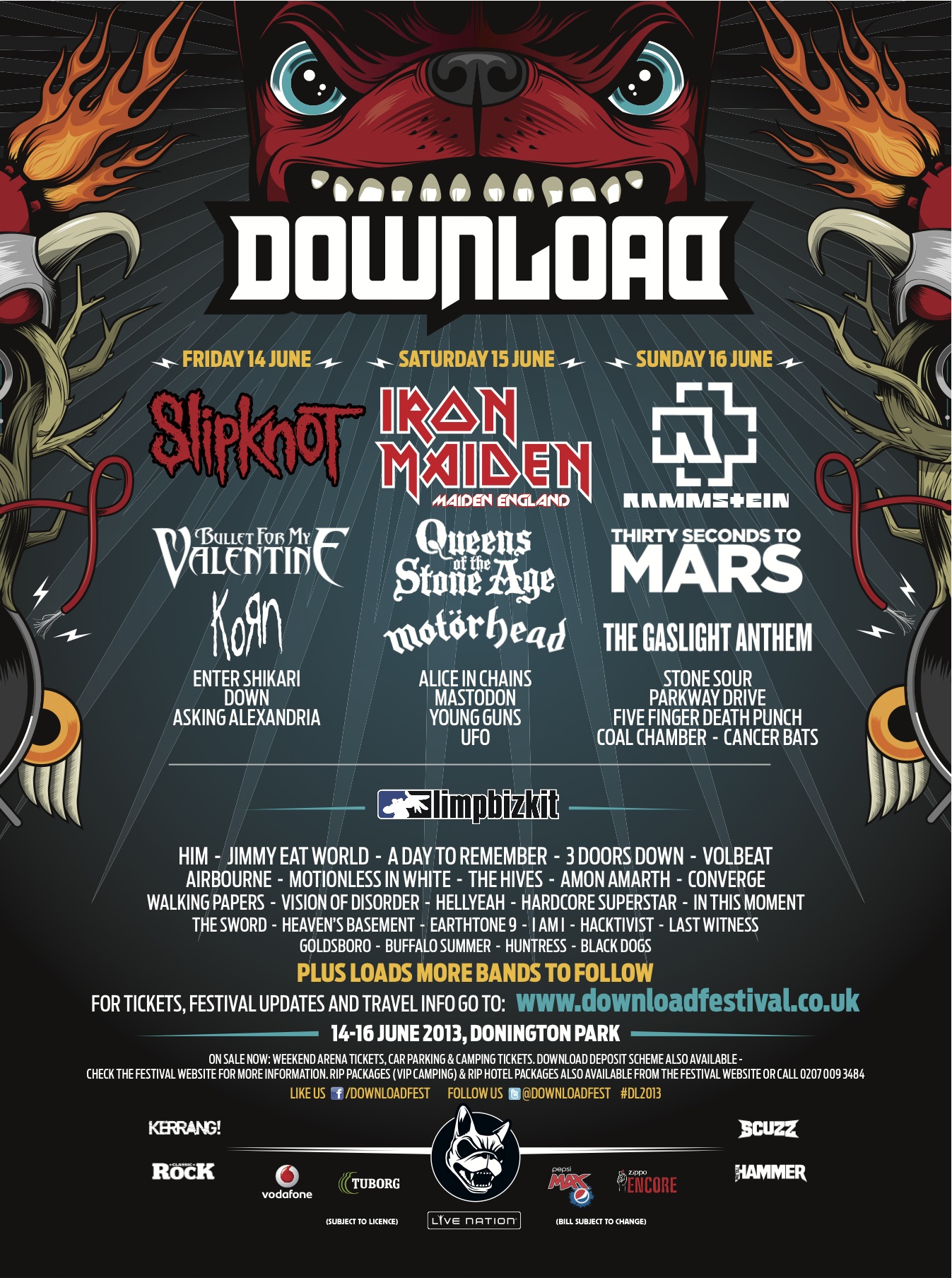 Download Festival takes place at Donnington Park from the 14-16 June.