As we sadly bid Country 2 Country 2017 a farewell, we reflect on our favourite moments of the wonderful weekend.

As a relatively new fan to the world of country music, it’s an exciting but rather daunting task to undertake reviewing a festival of Country 2 Country’s calibre. Luckily, I quickly realised that the 2017 lineup was a who’s who of today’s top up-and-coming country stars, as well as those who were well established. Newer faces like Hunter Hayes, Dan + Shay or Maren Morris would share the stage with legends of the genre such as Marty Stuart, Reba McIntyre and Brad Paisley.

Every single artists over the weekend gave all their energy to create electric, captivating performances, so choosing just five highlights is pretty tough considering the standard set by each and every one of them. Keep in mind these are my own views, and I’d love to hear what your favourite moments were. Without further ado, let’s count down my own from Dublin’s festival in the 3Arena. 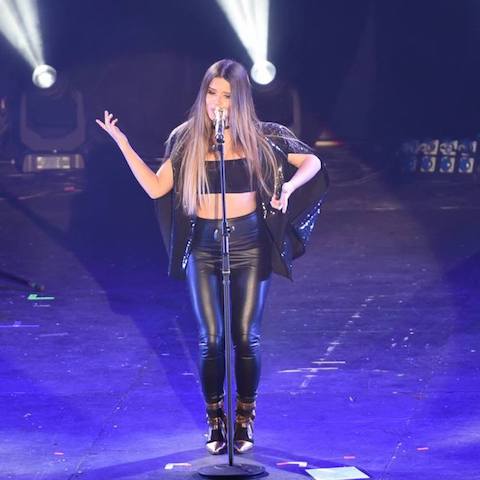 Maren Morris was the first act of the entire weekend and, perhaps quietly, had one of the stand-out performances from the festival. Bringing a more pop-country feel to the mix, Maren was the perfect choice to ease Dublin’s audience into the festivities, churning out catchy fan-favourites including ‘My Church’, ’80’s Mercedes’ and ‘Sugar’. At only  26 years old, Maren was one of the youngest stars on the lineup and has time on her side. I wouldn’t be surprised to see her headline a future iteration of Country 2 Country, she definitely has the talent to carry a headline set in a setting such as this. 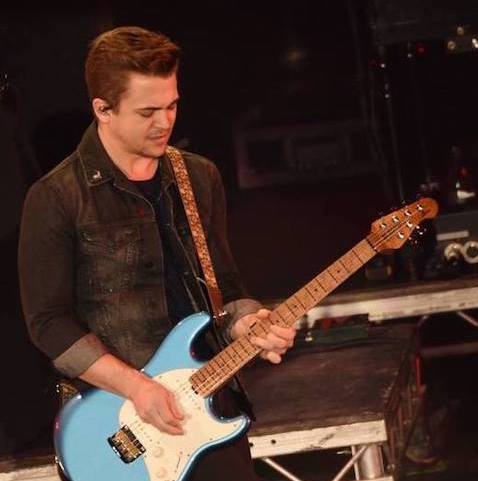 At just 25, Hunter Hayes was the youngest musician on stage at Country 2 Country. With that information, it’s a joy to see him bringing such vast amounts of confidence and swagger to the show without overdoing it. Hunter clearly has a lot of fun shredding guitar for his fans and goes out of his way to ensure they’re having a great time, too. It was a welcome change to the proceedings to hear a rocky twist put on a setlist packed full of his hits, including ‘I Want Crazy’ and ‘Storm Warning’, and if someone were to argue he stole the entire weekend, I’d find it tough to disagree. 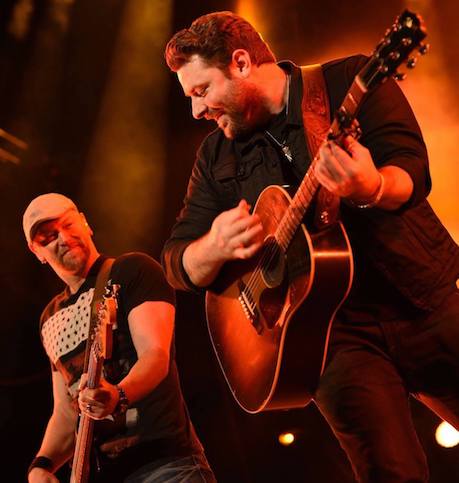 I knew literally nothing about Chris Young when I entered the 3Arena on Saturday evening. By the time I was sitting in my car after the show, I had already downloaded his latest album, I’m Comin’ Over, on to my phone. This shows us two things, first: Today’s technology is awesome, and secondly: So is Chris Young. It’s rare to see someone so incredibly charismatic, yet personable and intimate as Chris Young on a stage of this size. Not only did he leave Dublin’s crowd with smiles on their faces, he left them with a particular gem of wisdom: “Drinks are like potato chips; you can never just have one”. 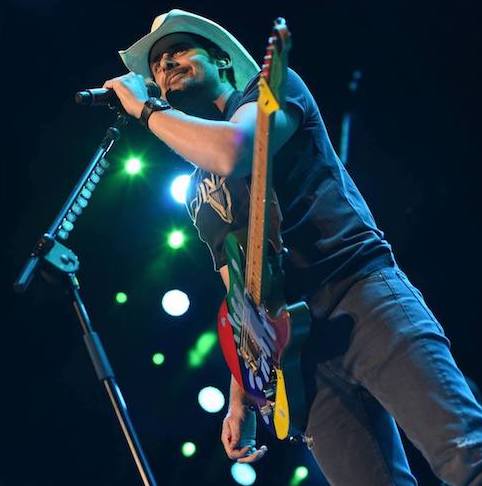 Brad Paisley is a household name all over the world in country music. If his headlining set is anything to go by, it’s no wonder why. The guy is an absolute superstar who can charm the skin off a snake and then write a hit song about it. While Brad’s awesome set would’ve been enough to send fans home happy, he was clearly giddy to be in Dublin and created a Snapchat story video for one lucky front row fan, and even gave away one of his signed acoustic guitars to a young boy in the audience shortly after playing it. If he isn’t already, I want us all to start hailing Mr. Paisley as a modern day guitar hero – he makes insane solos look far too easy with his effortless plucking. 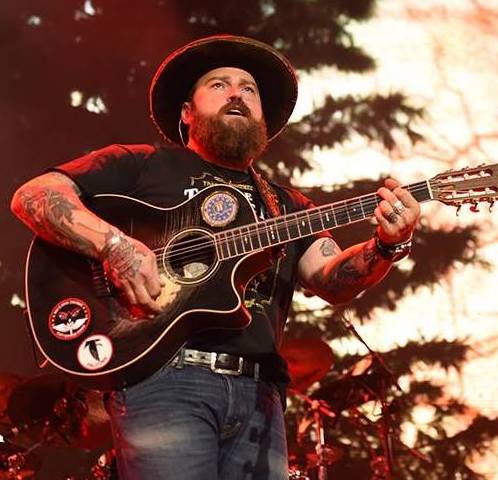 Headlining Dublin’s first night of the weekend, Zac Brown Band easily put on my favourite show of the festival. Another band with ridiculously endearing stage presence, their feel-good and do-good attitude is totally infectious and was the perfect way to end night one of Dublin’s Country 2 Country series this year. Not only did the band perform some of their biggest hits, like ‘Chicken Fried’, ‘Toes‘, ‘Jump Right In’ and ‘Castaway’, they performed brand new songs for the first time ever, such as the stunning ‘My Old Man’. Beyond this, they even brought some fun surprises up their sleeves, playing Queen’s ‘Bohemian Rhapsody’ and The Who’s ‘Baba O’Riley’, which would strike up controversy for their use of the Union Jack being displayed on the screen behind them. Despite this, the 8-man band put on a show for the ages, and set an extremely high bar for the rest of the festival to follow.

And there you have it! My top 5 favourite moments from this past weekend! It’s safe to say 2017’s Country 2 Country festival was a roaring success, and I personally can’t wait for next year’s edition. I’ll definitely be attending this again, so hopefully we’re treated to some new faces alongside some familiar ones.

There were a ton of other great moments, including Darius Rucker‘s insane setlist which featured covers of ‘No Diggity’, ‘Friends In Low Places‘ and a stunning rendition of Prince’s ‘Purple Rain’, which he dedicated to all the beloved musicians and celebrities that we lost in 2016. I’d love to hear your own highlights, so please do get in touch via Twitter and Facebook and let us know!