Barn on the Farm Announce First Batch Of Acts

Award winning Gloucester festival Barn on the Farm have this morning unveiled the first batch of artists from their consistently promising line-up.

Announced today was Brits Critics Choice Award winner James Bay as the first headliner. This will be Bay’s first worldwide and UK only festival headline performance.

Also on the bill is Jack Garratt, Nottingham five-piece Amber Run who played the festival last year, Foy Vance, JP Cooper, and many many others. All this will be happening in the wonderfully intimate 1,500 capacity setting of Over Farm.

There will also be a very special guest performing at the intimate Friday night, which will only be announced on the night to full ticket holders.

Barn on the Farm takes place between July 3rd and 5th in Gloucester’s Over Farm. 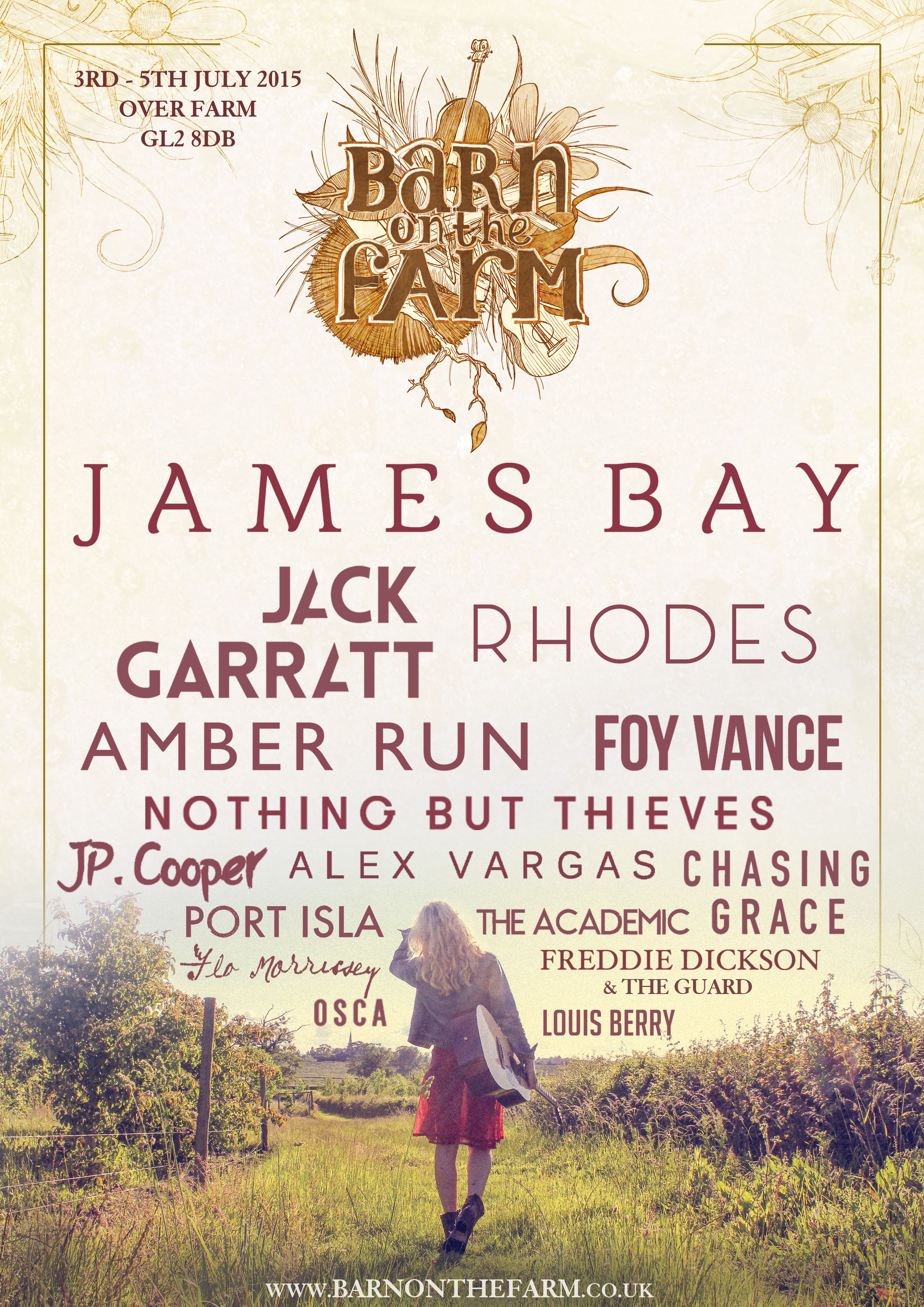