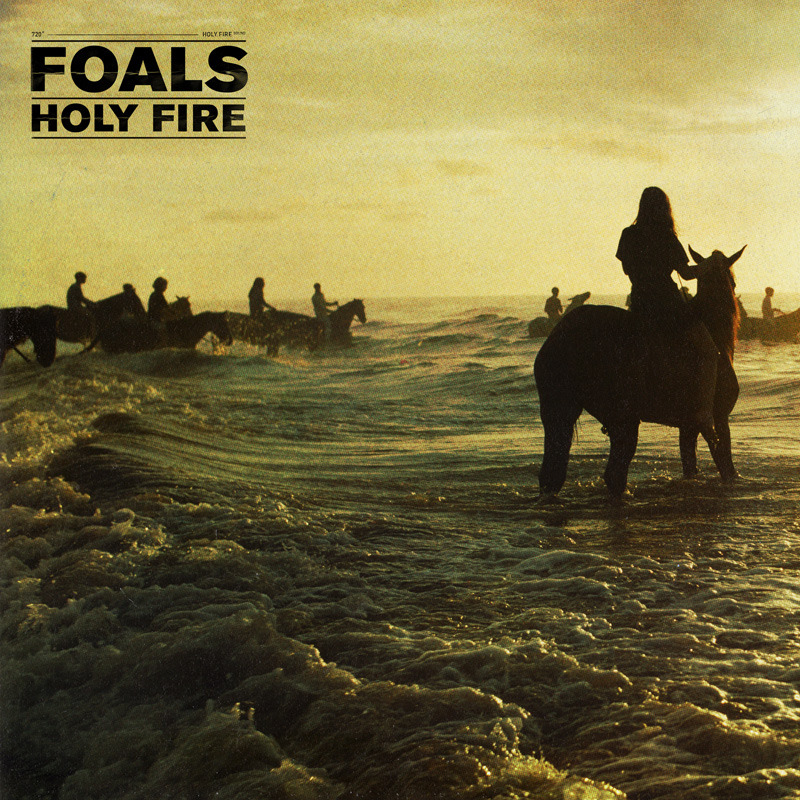 To say Oxfordshire five piece Foals hit back hard in 2013 is an understatement. Foals fan base were eagerly waiting  for a follow up to the bands second release “Total Life Forever”,  and what a follow up “Holy Fire” is.

The band began recording in 2011, but they took their time crafting and recording the masterpiece that is “Holy Fire”.  Production came from Flood who has credits with The Smashing Pumpkins, Thirty Seconds To Mars & Nine Inch Nails, also producing with Flood was Alan Moulder who has credits with The Vaccines, Arctic Monkeys & Blondie, this production relationship created a perfect blend and balance of indie and rock sound which allowed Foals to achieve a much darker and bass heavy feel on various tracks.

Released in February, first single, ‘Inhaler’ introduced their fanbase a grittier representation of Foals separating the boys far from their Antidotes days. The promotion for “Holy Fire” saw Yannis Philippakis and co team up with film maker Nabil. This audio visual partnership created a Foals intertwine their music with video which brought “Holy Fire” in to a whole new dimension. Split themes were seen in videos for ‘My Number’ & ‘Inhaler’ were abstract where as the videos for ‘Bad Habit’ & ‘Late Night’ covered darker themes such as life, death & sex creating daring imagery that could easily separate fans in the name of taste.

“Holy Fire” peaked at number 2 on the UK charts and  gained critical claim from the music press and judging bodies alike. The album received nominations from the Mercury Prize Awards.

“Holy Fire” undoubtedly cemented Foals creative ability as three albums in to their career, fans can happily keep their trust in the band that with each album they will be able to reinvent themselves without going too far from their roots.