House Of Savages is London’s leading live event in supporting new alternative talent. Since October 2014 their monthly nights have showcased some of the most promising artists from this scene from Indigo Husk to Childcare to Bellevue Days. The other very important thing to note here, that many other great promoters don’t (or don’t have the capacity to cover) is giving early stars their chance at performing one of their first gigs alongside other growing names to an audience of more than the local friends and family. House Of Savages has not only satisfied tastemakers and live music fans throughout it’s time, but nurtured those newer artists looking for opportunities to earn their stripes live. After a short hiatus to allow the team to recuperate and bring some vitality back to the series, they relaunched the brand at a brand new, central venue with a stunning line-up. 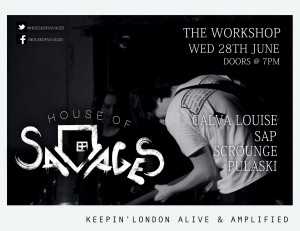 Opening the night were London-based trio Pulaski; ‘the purveyors of noise and sweat’ should their bio be interpreted literally. With a debut EP online /streaming they’re clocking up some respectable live show bookings and it’s very clear to see why. There’s chemistry onstage, their performance is flawless and this is a band that dedicate energies into both the creative and technical side to ensure a great overall experience. If you like garage rock, have any affinity to the likes of Slaves, Royal Blood or earlier signature punk bands then Pulaski is one to cast your ears over and catch your eye on future gig listings. 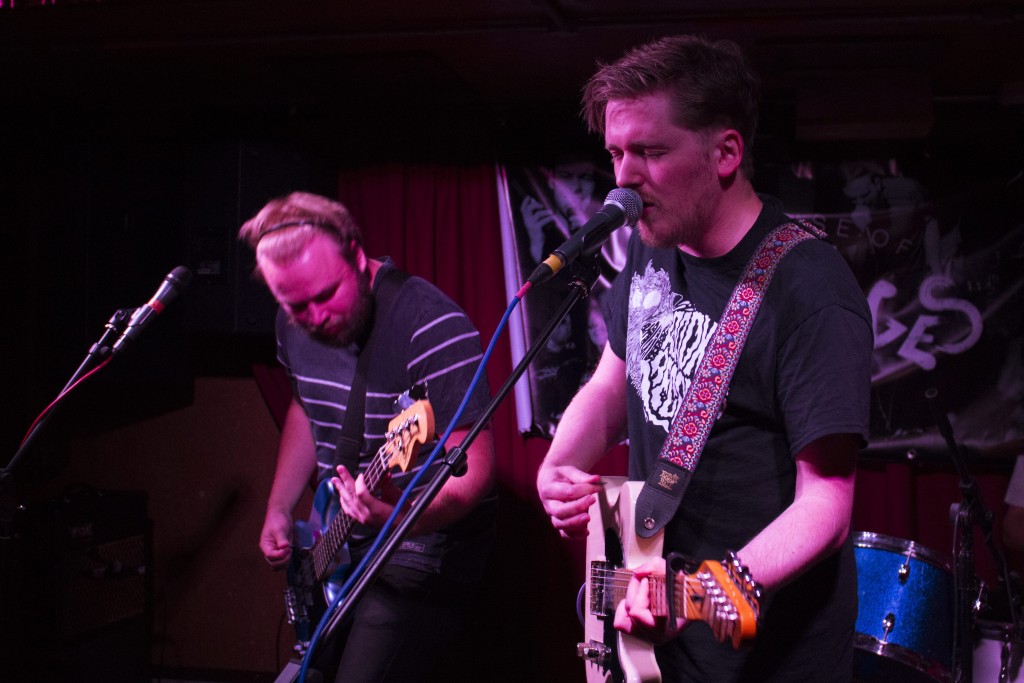 Scrounge, aka Lucy and Luke, have been a bit of a mystery until late. Sharing just a couple of songs online they’ve already picked up the tastemaker ears of Jamie Milton at DIY and Elise Cobain of Amazing Radio. Let’s start by saying Lucy’s voice is something to admire; both rich and vociferous when required, the duo can sound like the sum of their numbers or rival a full quintet with their projected sound. Straddling between more psychedelic offerings with thoughtful lyricism to full-on outburst with supporting aggressive riffs. Whatever’s cooking in the Scrounge camp, the result is unmissable. 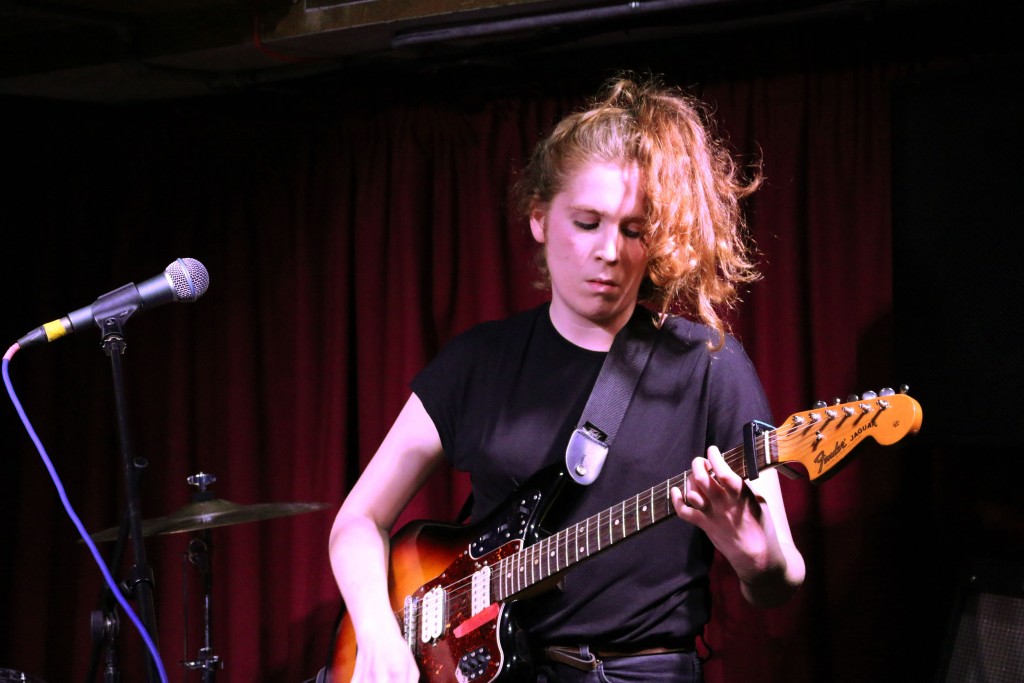 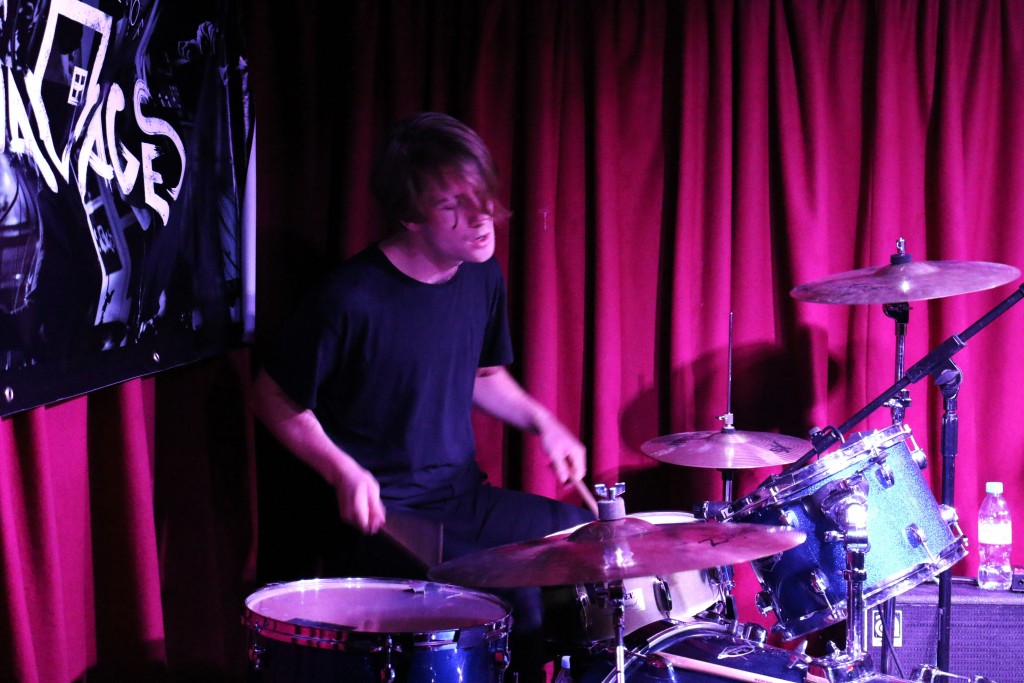 SAP get top marks tonight for bringing the swagger of an internationally successful rock band with them to the event. Frontman Angus, through bassist Will, to drummer Shaun all have their own signature styles that appeal to the slackers, frontmen and alternative heroes alike. In fact, Angus at points channels the airs and grace of T-Rex frontman Marc Bolan (remember him? Cues up Google…) which provides a little of the unexpected to the set. Fans of the recorded tracks will find the live shows more raw and ‘in your face’ (quite literally as band members leave the stage to engage with the crowd!), but in terms of hype, we thought it was the opportune moment to catch this trio before things start getting big for them. 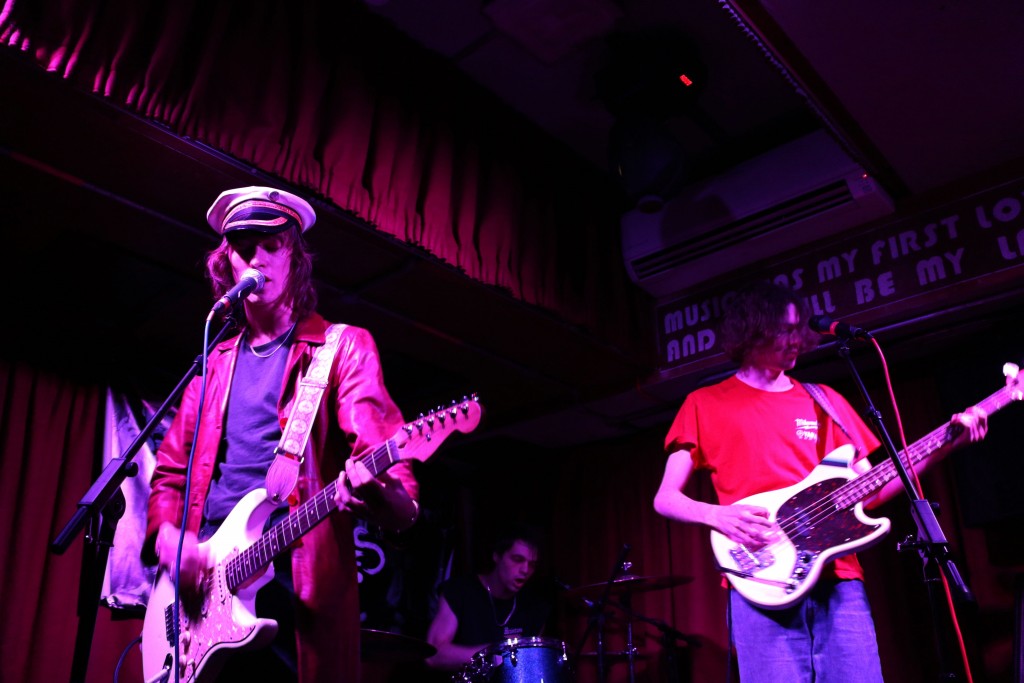 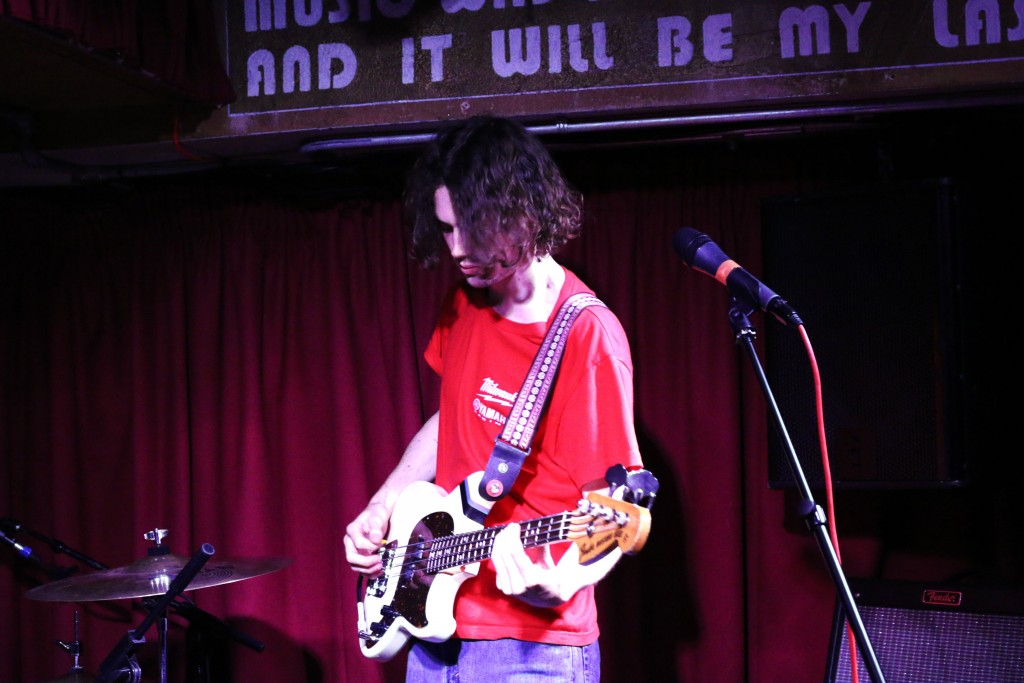 Headlining the night are new-ish band Calva Louise. Consisting of young musicians who are lucky enough to call music their day job, we’ve already seen and heard some prominent outlets and fellow musicians tweet and publicise their love for this act. With only one track online – “I’m Gonna Do Well” – it’s pretty special that we’re treated to a full set of striking tracks, one of which was written just a few days ago. At this point may I add, the venue has become packed, with little space for new ears to peek their eyes and ears inside the doors. With some light banter in-between songs and polite heckling and cheers it felt like the 25-30min set was over in the blink of an eye. If you like hip-shaking indie rock with some lighter and heavier moments peppered throughout, Calva Louise are definitely ones to check out. Frontwoman Jess is equally as fierce as she is dainty and elegant, commanding the crowds attention and anticipation as she flows from song to song, mellifluously singing and (at times) howling like a banshee with ease. Something rather special to see live and definitely nothing to disappoint. 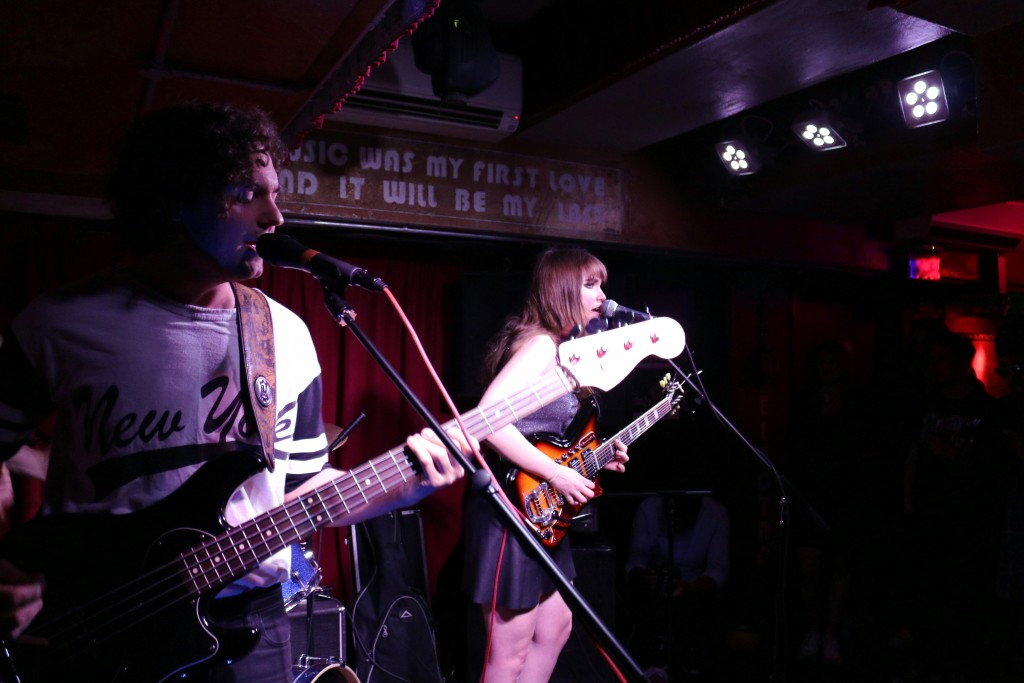 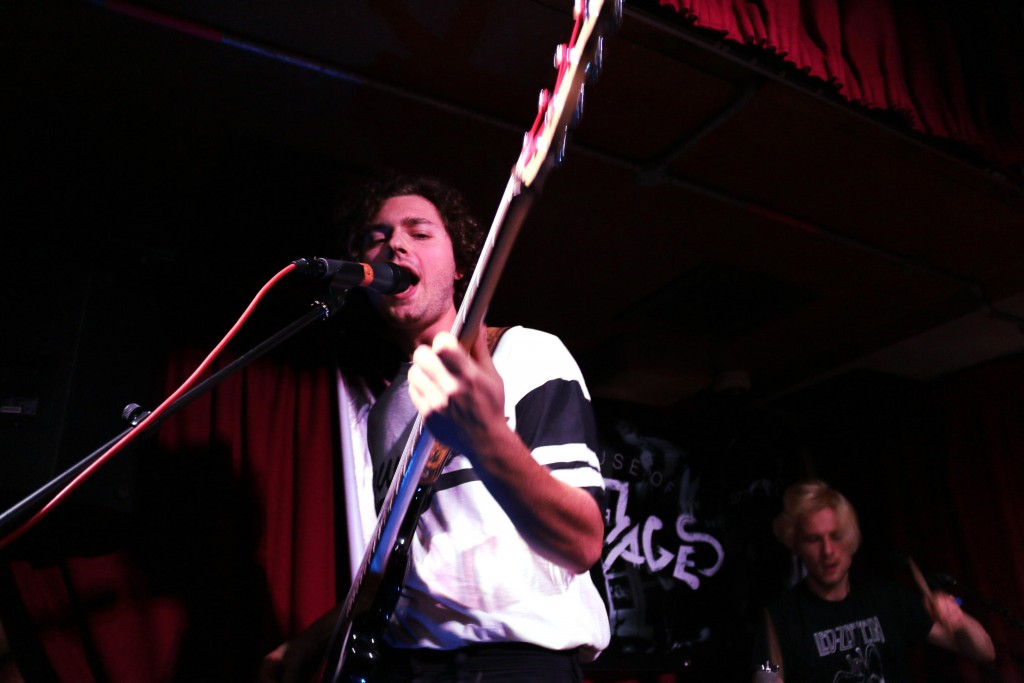 There are a lot of live shows and promoters hosting around London at the moment, but the thing that makes House Of Savages stand out, is the support they give to emerging talent. And ones with real potential too. Just in tonight’s 3 hour stint I’ve seen a spread from the alternative rock scene that I never would have known existed beforehand and now have had the chance to sample live. In a world where hip-hop and dance is dominant, this is riff-laden breath of fresh air. 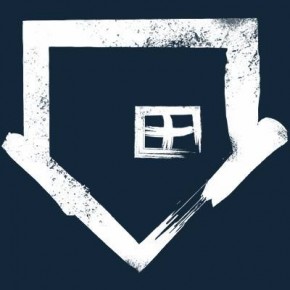 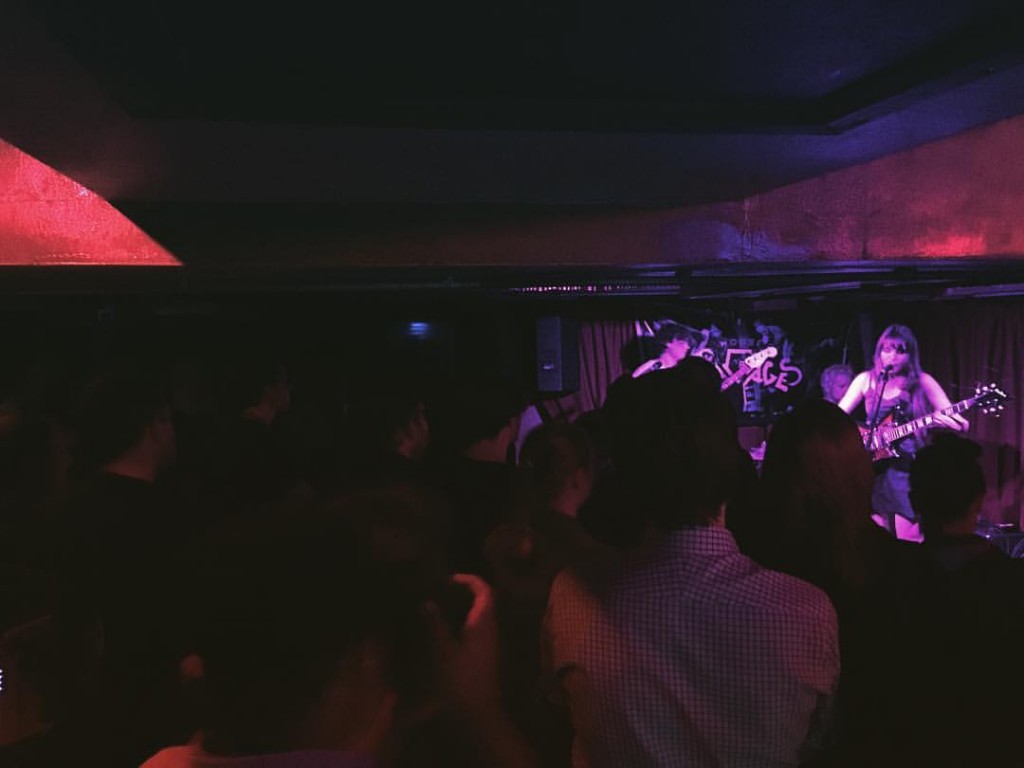