With the first Sims 4 expansion looming on the horizon, we got a chance to sit down with Producer Azure Bowie-Hankins and poke her brain a little.

So the Sims 4 has been out for a couple of months now, and you’re working on your first expansion. How’s the process been from launch to now?

It’s been really interesting. We’re working on the Sims 4: Get to Work, but we also have been doing a lot of free updates and stuff like that too, so it’s been a lot of fun. Even on the Dev side too, because we’ve had a lot of fun with this expansion, but it’s also been [fun] to read the forums, and to listen to fans and to kind of build that relationship where we’re also giving them stuff for free that they want.

You mentioned that you’re adding a new Neighbourhood?

So there is a new neighbourhood in The Sims 4: Get to Work, and it’s called Magnolia Promenade. It’s the retail neighbourhood, where we’ve put a bunch of retail stores that we’ve created, but it’s also a place where you can put your own retail stores, but you can also put retail stores in the neighbourhoods that shipped with the base game. 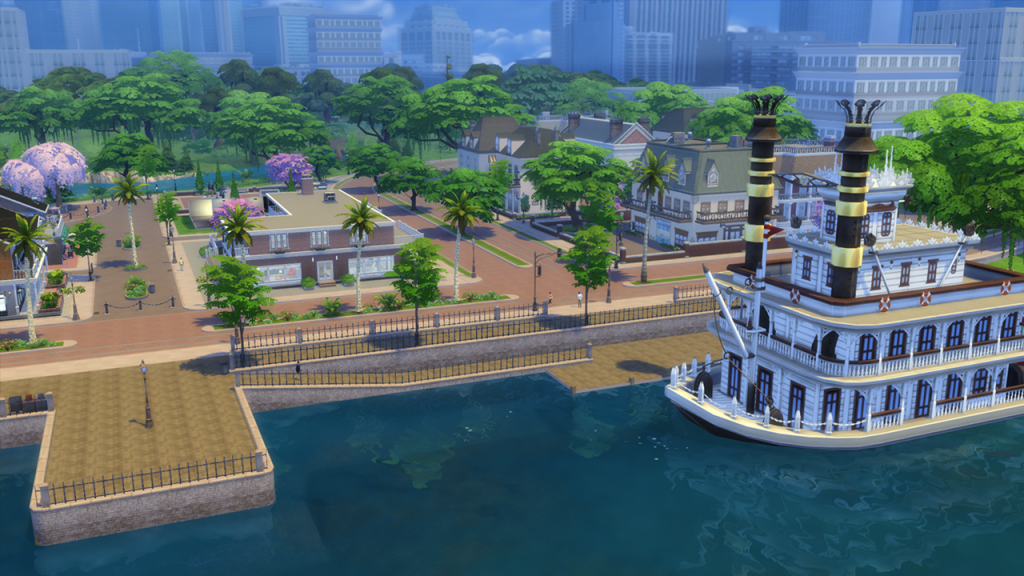 The 3 new careers coming out – they’re active careers – meaning players get a chance to follow your Sims around the workplace instead of waiting for them to finish. What made you decide on these three careers?

I love this question. We actually had a bunch of careers that we were looking at – for instance, we were looking at a Maid career, and we were like “Oh you can go to a bunch of peoples’ houses and clean it!” but then we realized pretty quickly that it would be boring, because everyday would be the same. So we settled on the Doctor, the Detective, and the Scientist careers because we wanted careers that were really deep and had a lot of content – think gameplay; things to do – so that everyday could be a little different. Starting as an entry level Doctor (an Orderly) just helping people feel comfortable and serving them meals is very different from working your way up to a surgeon where you’re delivering babies and things like that. We wanted there to be a lot of variety.

The retail career – tell us a bit more about that?

So the retail career isn’t a career. We separated it out so that you could have a career but also own a business on the side. So basically anything that your Sim makes, anything that your [Sim] finds in the world, and almost anything you can buy from Build-Buy, you can turn around and sell to other Sims in the neighbourhood to make more money. You could turn a shop into anything you want – a bakery, a bookstore, a photo gallery – and earn money by selling what your Sim makes. 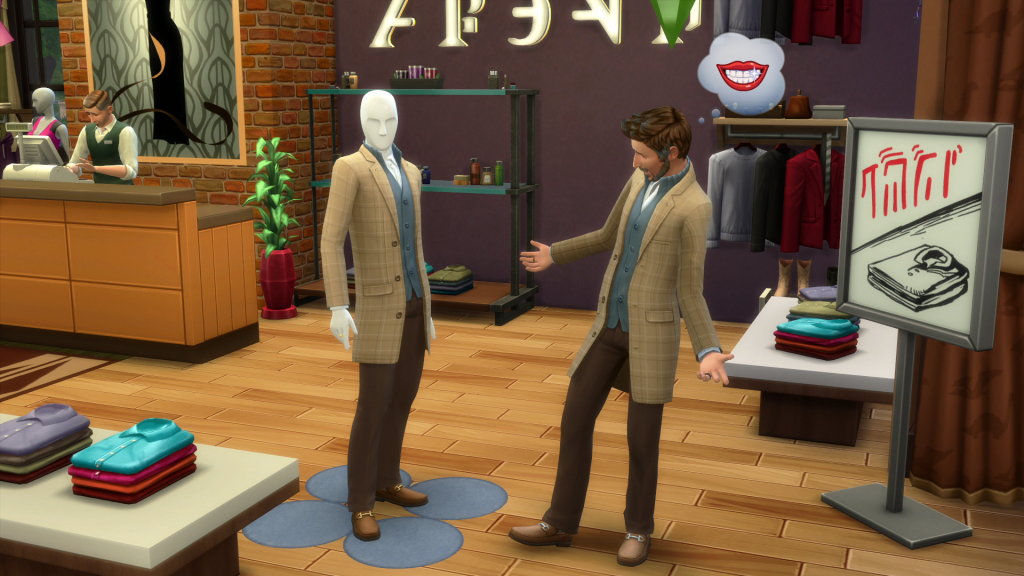 Aliens are back as well!

You were showing off their home world earlier. What was the process like creating something otherworldly?

We had never really shown players where Sim aliens are from. It’s a location, so it’s not a place that players can live or anything like that – there’s only one neighbourhood where they can do that – but we did want to give them a taste of something that looked very different. The only way to get there is by creating this Electroflux wormhole-like generator from the Scientist career, so it fit in really nicely. As a scientist you’re inventing things and you’re discovering things and you may even discover aliens in your own neighbourhood, but then you can discover this portal that takes you to a place where there’s a whole lot more of them. So it fit because it was a place where you could find a lot of aliens if you wanted to just meet a bunch of aliens, but also – I think it was just fun for us to create something that looked so … wacky and different. 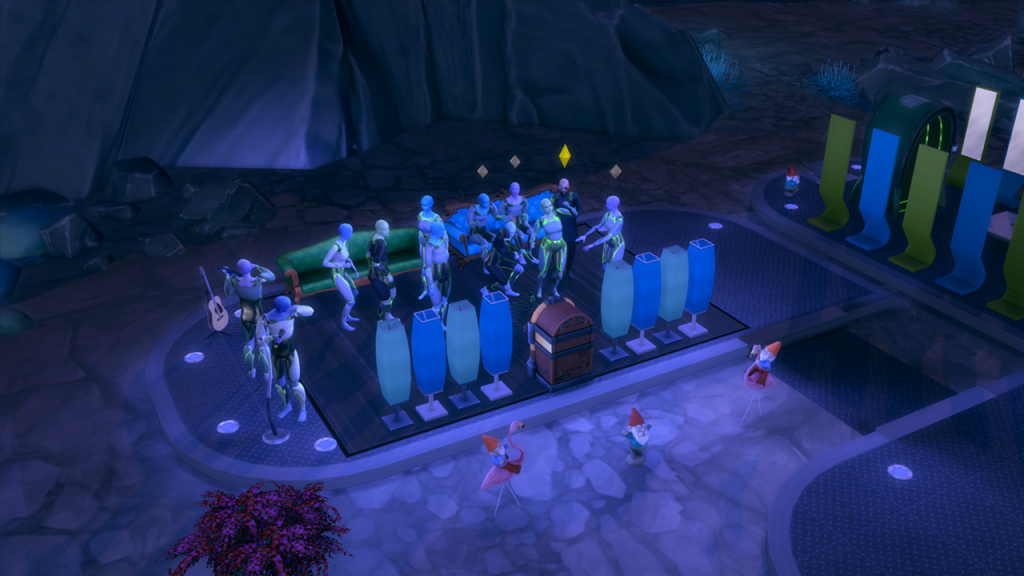 Moving on from the expansion – Weather. Pets. Are they coming?

People always have their favourite expansions from the past, and we have nothing to announce at this time, but it is super fun to hear how passionate people are.

Bit of a curveball here – some people have wondering if there is any way for their pregnant Sims to not have a baby?

I think the way that you could not have a baby if your Sims get pregnant is more of a… you’d have to neglect your baby, and then the social worker would come and take them away – but that’s so the baby would be taken care of (by the social worker), but as far as pregnancy, yep, all babies are born in the Sims.

Yes! So if aliens abduct your male Sim then they might come back with an alien pregnancy. The alien babies are so cute and they come in this alien bassinet, it’s so funny.

If they had an alien baby, could you then create an alien family?

The chance for alien abduction – how often are we talking?

I don’t think it happens all of the time, because we didn’t want it to be interrupting – like, “Argh, my Sim was doing something and then they’re always getting abducted by aliens”, but it happens pretty frequently. I remember my Sim was visiting her friend’s house and I’d already set my friend to leave, but while she was leaving – like her friend was walking outside and getting abducted, and I was like “Ahh!” – So it happens fairly often.

Thanks for your time! It’s been a pleasure. The release date’s coming up soon then?

Yep. The release date for the Sims: Get to Work is April 2nd in the UK.

The road ahead for the Sims franchise is looking strong, with regular content being released, a passionate team working on addressing the many criticisms it faced at launch, and a legion of fans backing them with their support.

Sims 4 is available now for PC & Mac, and the upcoming expansion Get to Work is out April 2nd.