Fortitude Magazine takes a look at the love/hate relationship fans have with their cherished film franchises.

Are you an Alien fan? But, hate Alien 3 and Alien: Resurrection? Are you looking forward to the Neill Blomkamp sequel? But, are shocked that they may be disregarding the last two films?

The response that Blomkamp was going to direct the first Alien sequel since 1997’s Alien: Resurrection was generally positive. Fans of the franchise were getting a new Alien film, Sigourney Weaver was returning as Ripley and Michael Biehn will be returning as Hicks. All this under the safe supervision of the District 9 director.

So far so good, until it was reported the film was going to disregard Alien 3 and Alien: Resurrection and continue the story from the second film in the franchise, Aliens. That Blomkamp was about to disregard what many fans consider cannon was viewed by some as sacrilege. That many of those same fans actually hold Alien 3 and Alien: Resurrection in low regard seemed to slip their minds.

Similar reactions can be found in other franchises. Star Wars is classic example. Many fans were disappointed that George Lucas sold Lucas Films to Disney and were concerned he would not be involved in the making of the new Star Wars sequels. But, Lucas is the very man those same fans hold responsible for the universally loathed Star Wars prequels.

These extreme polar opposite reactions are now common place on the internet, but not all fans suffer from this love/hate relationship. The Harry Potter, Fast & Furious and the Marvel films are examples of franchises that have, on the whole, managed to keep their fan-base happy. The reason for their success is simple. The standard of film making throughout those franchises has been consistently high. This is mainly due to the film makers caring about the characters, story and world they are creating and feel a duty both to the characters and fans to produce the best possible film they can.

Where it went so wrong with the Star Wars prequels, and to a certain degree with The Hobbit films, was that there was no love or affection for the characters or fans. In the Blu-ray documentary for the first The Hobbit film Peter Jackson appeared to be more interested in how the film was shot, unsuccessfully in 3D and 48fps, than in the story itself. Resulting in an inferior and bloated film compared to the Lord of the Rings trilogy. Similarly, anyone who has watched the Phantom Menace documentary on the official DVD will see Lucas complaining that his film won’t be as successful as Titanic. This isn’t a man focusing on his film, it’s a man focusing on his bank balance, and all three films suffered as a result. With his recent success resurrecting the Star Trek franchise it is unlikely J.J. Abrams will fall into this trap.

A notable exception to all this is of course the James Bond franchise. Where most Bond films are solidly entertaining the franchise does have some real stinkers, A View To A Kill, Die Another Day and Quantum of Solace to name a few. But, for every low there are as many highs, Casino Royale and Skyfall are the most recent examples. One of the reasons Bond has lasted so long and has kept the fan-base happy is that the films have always reflected the times they were made. This has allowed them to adapt to tastes and fashions of the time, creating a more universal franchise which has been able to reach out to a broader audience, helping it ride out the low points and capitalising on the highs.

Unfortunately, the sad truth is that many studios don’t care about the quality of films they’re producing because they know the loyalty to their franchises is so such that regardless of the quality of a film, hard-core fans will still pay see it. For many fans the love of their franchise is so strong that they will keep coming back, time after time, for every inferior sequel that is churned out. Fans deserve better and their unwavering support should not be taken advantage of for financial gain.

With Michael Biehn confirming that he’s returning as Hicks in Neill Blomkamp‘s new Alien sequel, let’s hope the director produces a film both he and the fans can be proud of. 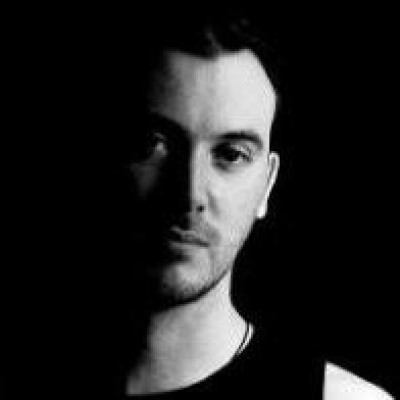