Imagine a film in which Eddie Murphy played a variety of different characters, including those of the opposite sex, as well as a variety of different ages and intellectual maturities (no, really, it’s a comedy). Not difficult to imagine, is it? Well maybe it’s a bit more difficult than it was five or so years ago, as the actor’s stock has somewhat plummeted recently. Nevertheless, one can still imagine Murphy donning a fat suit and frock, before applying a generous amount of make-up, with relative ease.

Now imagine how dreadful that film would be. Imagine Murphy bouncing around at the table of a dinner scene, his absurdly large fake breasts jiggling away, and all the other characters, played by him, hollering and hooting with their mouths still full of food. Imagine the assistant director on set shouting, “Cut!” and all the crew re-setting to shoot Murphy’s fake breasts jiggling from a different angle. Imagine a few months before: a cocaine-fuelled Hollywood exec sits on his fashionably uncomfortable-looking chair, teleconferencing his coked up exec buddy, who’s telling him the idea for a new Murphy vehicle. On their office walls hang two framed pieces of faded paper with some undecipherable red scribbling; the two of them laughing their philandering faces off at the thought of Murphy’s fake breast-based antics.

Imagine being asked to pay in excess of £7 to see that film, or perhaps £10 pounds for the privilege of seeing it again and again and again until you can’t sit down to dinner without being reminded of that scene; his face; those fake breasts. Imagine Eddie Murphy in his multi-million dollar home, sat in a bathtub that’s designed to look like the face of The Donkey from Shrek from a bird’s eye view. On the wall hangs a fat suit replete with fake breasts, next to a framed piece of faded paper; the words difficult to make out but they seem to have been written in some red liquid. And stood over Murphy in the bathtub, Satan himself, holding his pitchfork in one hand and some soiled anal beads in the other, which he offers to Murphy in a coquettish fashion. Imagine Murphy, obliging.

Now imagine another world, not so different from the latter. In this world there is a comedy film, there is a man playing eight characters, one of them is female. But it’s not unbearably unpleasant. Actually it’s sort of the opposite of unbearably unpleasant, whatever that is. This man playing all these characters is not awful, not awful at all. In fact he’s rather enchanting, quite hilarious too. He looks a bit like, no wait, is it? It is, isn’t it? It is Obi-Wan Kenobi.

Yes, for those who don’t spend the bulk of their waking hours trawling through cinema’s back catalogue, it might come as some surprise that Alec Guinness isn’t known solely for his turn as an evaporating Jedi Master. Before he became ‘Patient Number One’ in the ‘Thespians Sell-Out to Lucas’ epidemic, Guinness built a reputation as perhaps Britain’s greatest comic presence in the movies after Chaplin. A mainstay of numerous Ealing comedies (and one-time Mystic Meg of tragic Hollywood deaths), Alec Guinness was a precursor to Eddie Murphy, in the same way that Marx was a precursor to Kim Jong-il. And the film that kicked it all off? ‘Kind Hearts and Coronets’, and arguably his best performance for Ealing Studios.

Directed and co-written by Robert Hamer, ‘Kind Hearts and Coronets’ is a film that could easily be described as a typically British comedy: the film follows a murderous account of class climbing, told with dry, dark, and gleeful humour, and is, to a certain extent, a comedy of manners. The story unfolds mainly in flashback, with our protagonist Louis Mazzini (Dennis Price) recalling the events that have led to his current predicament; awaiting execution.

Mazzini begins by explaining that he is the son of a disowned and disinherited aristocratic mother, who struggled to provide for her only child following her husband’s death. Her attempt to re-establish a connection with her family, the D’Ascoynes, in order to secure her son a career befitting his true name, is ignored and she dies shortly after. After they refuse to grant his mother’s dying wish – to be interred within the family vault – Louis vows to seek revenge on the D’Ascoyne family. Not long after, he has an unsavoury chance encounter with one over privileged prat of a relative, which costs him is poorly paid job, and so Louis plots to do away with him, and the other D’Ascoynes (all played by Guinness) standing between him and Dukedom. In their hubris, none of the D’Ascoynes are even aware of his mother’s existence or, consequently, of Louis’.

One by one, Mazzini dispatches his silver spoon fed, Guinness-based relatives in coldly comedic fashion. All the while, Guinness is jumping between roles – from drunkard amateur photographer, to dullard old priest, to sharp-elbowed suffragette – with ease. Mazzini takes out Lady Agatha by piercing her hot air balloon in mid flight with a bow and arrow, and then trots out a playful little rhyming couplet on the subject to amuse himself.

At this point it would be remiss not to mention how incredible Dennis Price is throughout the film, appearing in almost every scene. What makes his performance so brilliant is how chilling and matter-of-fact he is about each and every death. The closest he gets to remorse is expressing relief at not having to ‘do-in’ his elderly benefactor. His dispassion is so well pitched that it highlights and increases the humour, rather than detracts from it. He undertakes his malevolent misdeeds with all the emotional turmoil of someone removing some particularly stubborn weeds.

As he goes about his heir-icide, Mazzini entertains two romantic indulgences. The first, played by Joan Greenwood, is the delightfully amoral Sibella and the second, played by Valerie Hobson, is the massively priggish Edith. Greenwood’s Sibella initially rejects Mazzini’s advances in favour of the more successful Lionel (John Penrose), in a calculating move that serves to demonstrate how perfect her and Mazzini are for one another.

Whilst not wanting to give too much of the plot away, towards the end of the film Comedic Irony comes hurtling in like a giant, unhelpful sledgehammer of shit and Louis ends up behind bars and sentenced to death. But, naturally, Louis doesn’t bat an eyelid and is as calm and composed as he was throughout the entirety of his kill crazy rampage. He spends his final hours writing his memoirs (hence the feature-length flashback), and is even unmoved when he learns that there is a good chance he could avoid the hangman’s noose. The final scene of the film is rightly considered one of the funniest punch lines in the history of British cinema, and the less said about it in this article the better.

It would be easy to say that you don’t get films made like this anymore. It would be easy to say that, and it would be simply wrong and mawkish. ‘Kind Hearts and Coronets’ is part of a British cinematic tradition that is continued today in films like ‘Sightseers’ or ‘Four Lions’ and it should be mandatory viewing for any comedy filmmakers out there, as should the vast majority of Ealing’s comedy output. If for no other reason than that, with the majority of their running times south of ninety minutes, these films demonstrate the virtue of brevity in comedy. This seems pretty relevant in the current climate of over-improvised and underwritten studio comedies that clock up two and a half hours.

There aren’t many Ealing comedies that stray past the ninety minute mark, but ‘Kind Hearts and Coronets’ is one of the few. It is, in short, a subtle, disciplined, and yet strangely silly story. Most importantly, of course, it is very, very funny and you should seek it out as soon as possible. 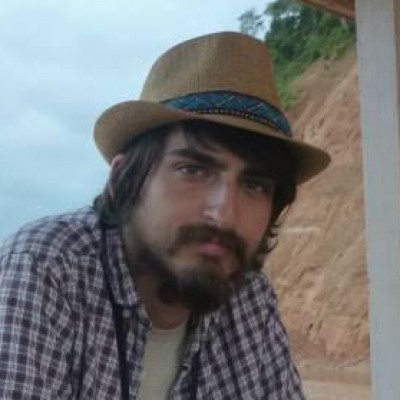