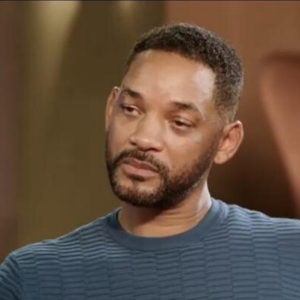 As the world keeps on turning and burning, the constant plot twists of 2020 have truly become an exciting but in most instances, sad staple. The whole lockdown thing is pretty much done now. Which is great news for some and I guess not so great for others given the usual confusing messaging from our halfwit overlords. Yay.

Special shout out to everyone still shielding trying their best to keep loved ones safe. Thoughts, energies and all manner of positive vibrations to you and yours in these trying times. I can only hope things get better.

If you were reaching protests, beaches and block party motives, well as a wise man once said “it is what it is.”  We thank God for the official return of pubs and barbers because not having a pint was slowly killing me plus the hobo look was becoming real problematic. Had me ducking and diving from all shiny surfaces hiding nervous from my own reflection.

Besides the usual UK shenanigans somebody really needs to hop on the phone, tell China to chill out with the madness because they really are doing the most right now. Cases of bubonic plague popping up, cyber attacks on Australia, throwing hands (additionally rocks) with India in the Himalayas. The Dragon really needs to be placed on some sort of time out. My sympathies with those in Hong Kong at the moment though, life has drastically changed.

Not even going to waste too much time talking about America. You know how it goes every day, drama. Every state, drama. Trump, still at it with his top tier clown racism but at least he’s now finally wearing a mask. Right now I don’t know what I should be more amused at, the idea of Kanye West running for president, the way the White House have turned against Dr Fauci or Tory Lanez taking the “shoot your shot” thing a little too literally.

Anyways, vibes below. One for each day you are welcome. Go run that!

1) Gunna – ROCKSTAR BIKERS & CHAINS
This song does go hard, but the Michael Jackson (Scream) influence really adds to the aesthetic.

4) tobi lou – LINGO STARR
Yo do you know about tobi? Believe me when I say, this is so so good. So good. Everything.

5) Guapdad 4000 – *Lil Scammer That Could* (feat. Denzel Curry)
I’m going to tell my kids this is the American National anthem.


7) Aminé – Shimmy
Guy drops like one song a year and damn it’s always heat. Turn it up, watch them speakers though.