Stop Making Them Wait & Give Them The Music

Right then,  you’ve been writing and performing for a while now, you’ve got a nice notepad scribbled with lyrics and a hard drive full of demos, “Rough mixes” and a fan base that hits a few cities. So you might be fooled into thinking now would be a good time to take some time out to write an album, right?

You’ve spent all that time building yourself up, faced all the challenges of getting people to connect and you want to take 6 months to year out to write music, only posting “Exciting things to come, can’t wait for you to hear it” on Facebook every other week? Sounds ridiculous! People don’t have big attention spans, if you disappear for that length of time, when you come back with that pristine, packaged album you’ll forgotten about.

So what should you be doing?

You may worry about the quality, I mean, how can you guarantee consistent quality music when you’re firing out an EP every two months? Well, think of it this way, if one EP flops, you’re fans will probably forgive you and you can focus on making the next one better. Whereas if you’ve spent a year on an album making your fans wait and it flops, you’ve lost a year and you’ve lost the fan.

There is too much pressure on bringing out a spectacular album. An album which is essentially 3-4 great singles and a bunch of fillers, so why put yourself through that? Release more often and you can work on different EPs which lets you experiment with your music, while giving your fans more to listen to, more to talk about and more to share. If you want an example of this in play, check out the guys of Bastille. They’ve been whipping out EPs and singles more often than they (probably) change their underwear. Some have been crackers, some have been a bit ‘meh,’ but do I make sure I get every one of them? Yes, I do!

So if you have track that goes down a storm at a show, why make fans wait a year to hear it on an album? Record it straight away and get it out, if it’s a rough mix, give it away for free with the promise it will be fully mastered on the next EP. You’re supplying demand here remember. The last thing you want is to disappoint fans by taking ages to release music, for it then to be crap. The disappointment will be tenfold. This method gives you more “lives” if you want to call it that, you have more chances to play. Mess up one, it’s ok, you’ve got the next one to sort it out.

If you write a song late on a Friday night, why not record it over the weekend and send it out to your mailing list? Give them the story of  how it’s just for them and that you wrote it just two days ago, they’re getting first listen. They’re going to feel way more connected than if you’d just said, “Wrote a sweet song, you’ll have to wait for the album to hear it though!“ 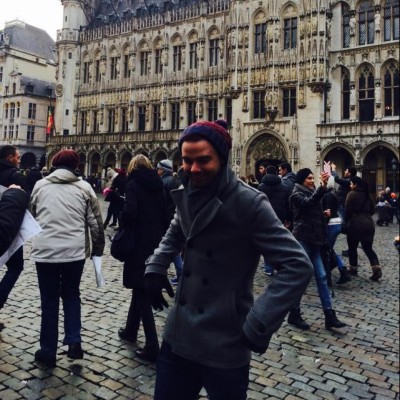