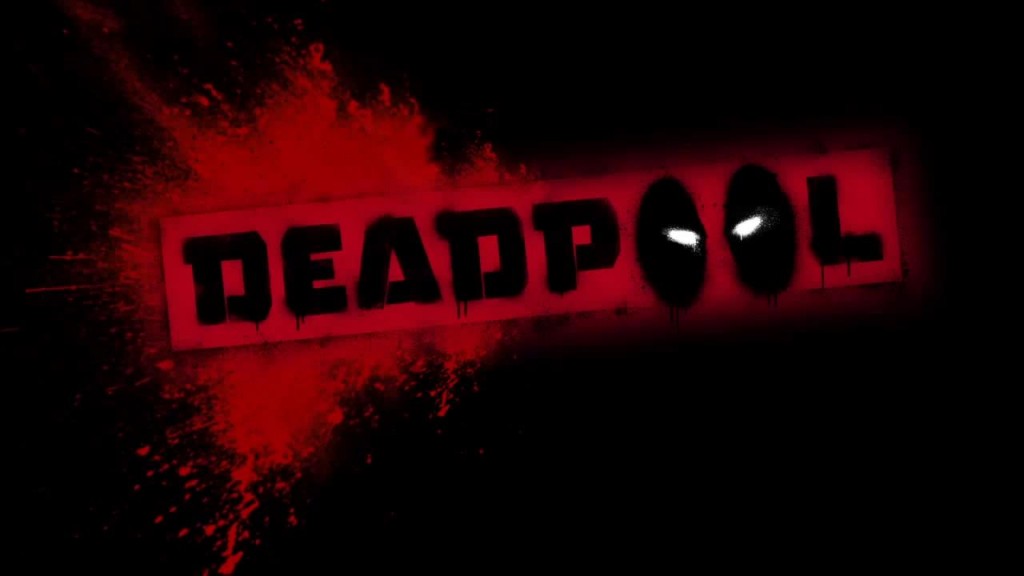 I’m not going to lie – I went into this review completely blind. I’m not the biggest comic book fan ever. I mean i have a rough idea of the Marvel universe, but im not one of these guys who calls up Chuck Lorre and Bill Prady of The Big Bang Theory fame, swearing like a docker, shouting at them for making a tiny error about the Marvel timeline or something, and to be honest, i only found out about this game a few weeks ago, due to an outlandish and, yes, funny, trailer i saw whilst browsing youtube. So lets actually find out how the game stands as a finished product.

Deadpool starts out with the titular hero, sitting alone, bored, in his apartment. It’s revealed though phone messages and internal conversations with his two other personalities living in his head (An idiot and an angry intellectual version of Deadpool), that Deadpool has bribed High Moon games, the developers of the game, into making him his own video game. It quickly becomes apparent that the phrase “4th Wall” wasn’t in the game’s dictionary. So, after heavy editing of the game’s script, Deadpool sets out to assassinate a high profile media mogul. Inevitably, things go wrong, causing his target to fall into the hands of Mister Sinister, losing Deadpool money, and ultimately causing him to chase down Mr. Sinister across earth and Genosha, the old abandoned mutant haven, for revenge. 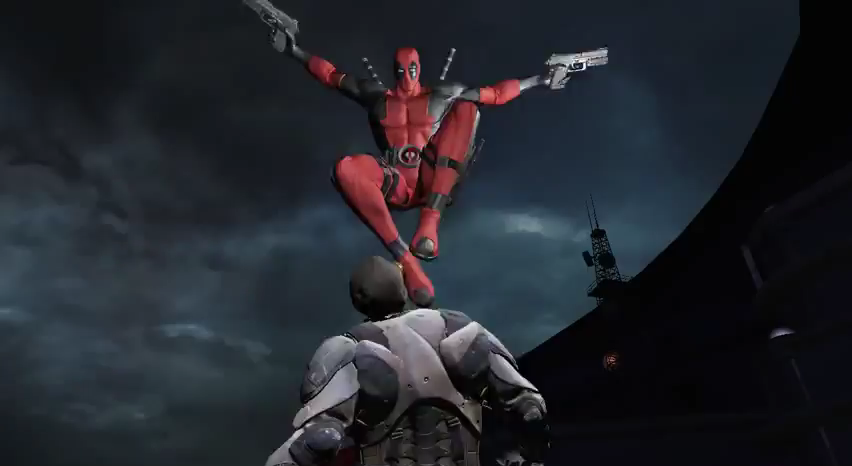 The story is best described as “loose”, purely being there just to facilitate the game’s existence. Its about as weak as a wet toilet roll, and for most of the game, you forget what it is your actually trying to achieve. The cutscenes do little to cement belief in any overlying plot, and instead seem to be there just to transfer the player from one area to another, often with the use of gory set pieces or silly jokes… And I like silly jokes…

The gameplay is pretty much following a generic hack-and-slash template set up by old franchises such as DMC. X button performs light attacks, Y performs heavy attacks. Mixing X and Y can perform combos that can deal more damage. Deadpool also has access to a selection of firepower, such as handguns and shotguns, and also other melee weapons, like a pair of sledgehammers and Sais. Obviously, combat changes with bigger or smaller weapons, sledgehammers being incredibly slower than the Sais, for example, but they deal more damage.

The humour in the game is kind of hit and miss. The cutscene set pieces are probably some of the un-funnier things in the game, and to have a character such as Deadpool, known for zaniness, to fall a bit flat on his face is upsetting. Saying that, some of the scenes are genius, such as using comic-book-style thought boxes to traverse particularly hazardous areas and the pops at other video games and their cliches, such as Zelda and bugs within games, did make me laugh. Also, Nolan North does well as Deadpool’s many personalities to keep humour and energy in scenes, and some of his ad-lib work is genius. I have the utmost respect for Nolan North, as he played NAthan Drake, David in The Last Of Us, Desmond in Assassin’s Creed and so many more video games its impossible to name them all.

I do have to admit, the game does look pretty. The scenery is very colourful and stretches for miles, and in the sewers and internal sections is incredibly detailed. Characters animate well, and the cutscenes look good, and sometimes incorporate other popular animation styles or cliches as references or easter eggs for fans. However, sometimes some of the textures take a while to pop in, but nowadays we are used to this in video games, but it still doesn’t stop it from ruining the immersion and being incredibly annoying.

The music in the game seems pretty ordinary. nothing much to note here. It does add a bit of tension to the bigger battles near the end of the game, when some of the battles span wider areas with hundreds of enemies, and bullets start flying from all directions. One little niggle on the sound front i do have, is that sometimes, it seems as though Deadpool’s dialogue is slightly out of sync with the movements of his mouth. Its most noticeable in a scene with Deadpool singing in an elevator, early on in the game… but, hey I’m nitpicking… 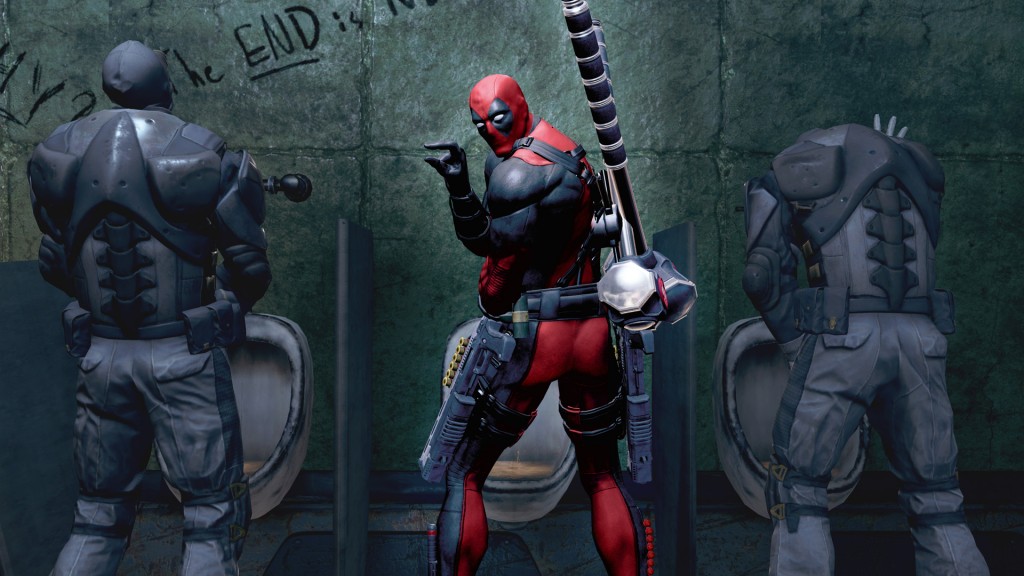 In the end, I’m not too sure about Deadpool. The game is enjoyable enough once through, but not offering any multiplayer modes or changes to the campaign, OR offering any achievements that feel like it would be worth playing through the game again to get, mean that more often than not people will play it for the experience and let it gather dust. Part of the blame can be laid at the door of the poor storyline, some is the fault of repetitive, uninteresting gameplay mechanics and some can be placed at the bat release date. Within a week of The Last Of Us, no wonder the price online dropped by about £10-15. However, it was funny at times, and the combat, although not groundbreaking, does work and works well.

If your still interested in Deadpool, maybe you have a different sense of humour than me, or maybe your a hardcore Marvel fan, I think you’ll still enjoy it. The fact that is lampoons gaming cliches and still calls back on Marvel heroes lore and history enough to keep avid fans happy. The best way i can describe the game is kind of like DMC crossed with The Simpsons  Game… with more curse words…