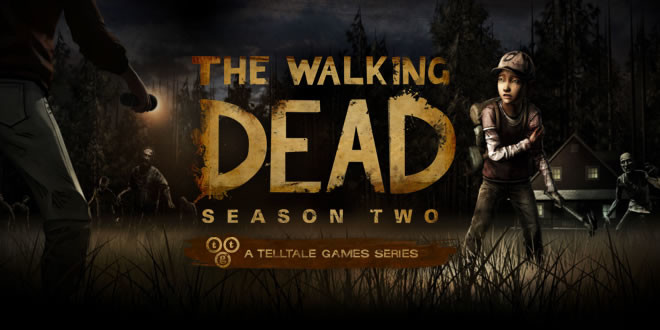 Episode 2 of Telltale’s award-winning series is currently rolling out, but here’s a retrospective review of Episode 1: All That Remains.

So the story of season 1 is over but The Walking Dead isn’t done with Clementine; her story is just beginning. The first episode quickly answers one of the big questions left open at the end of season 1, but it also throws you in at the deep end equally quickly, and for the first time, Clementine finds herself truly alone. Not just physically, for she does find people eventually, but Clementine has to fight for survival in a world where she cannot really trust anybody.

There’s a huge difference in Clementine this season. 16 months pass and she obviously looks older now, but it’s not just that. Compared to the almost entirely passive Clementine from season 1, we find her taking responsibility for the first time and making some difficult decisions. But there’s still a ghost of the defenceless girl we knew from season 1 and i’m sure this is something we’ll see develop as season 2 progresses.

As for the story of episode 1, it’s not the best episode ever but there’s much of what makes The Walking Dead such a successful series; fast-paced action, fighting for survival, and difficult decision making that effects your whole game, but there is also some serious emotional depth to this episode. There’s not much more I can say without spoiling the episode but there’s quite a shocker thrown in there. A lot of the episode is about developing character for future episodes, but this is done through action and unsettling encounters. The episode also sets up some big questions that fans will be aching to have answered. The transition to a new protagonist is seamless, granted she is one that we know and love but it feels different being in her shoes for the first time, different but right.

All That Remains threw us straight back into classic Walking Dead, while at the same time keeping the experience fresh and exciting. A great first episode and set-up for future episodes but not enough to rock you out of your seat. I’m giving the first episode a respectable 4 stars.

Check back for our review of Episode 2.