Opinion: Is the social aspect of online gaming about to change? 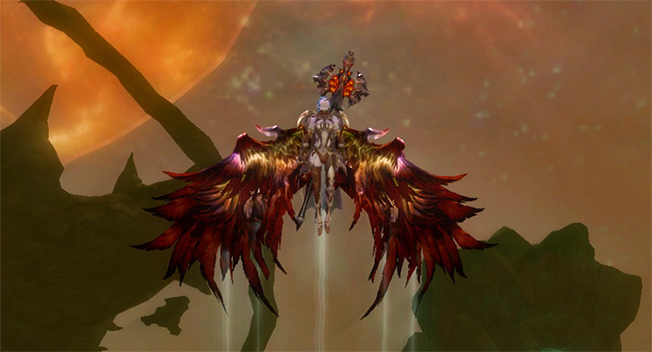 If you search around and read forums relating to online RPGs, one of the most prevalent complaints you’ll find is the slow eradication of the social element that once made these games worth logging into day after day. With the introduction of cross-server dungeon finders, areas linked with multiple servers and a lack of needed communication, it’s easy to see how this change has come about – but is it all that unwarranted?

When the genre was less popular than it is now, there was a more niche community. Not to say there isn’t one still present now, but those who played and stuck it out to the end had a certain disposition towards these games, and the desire to make the most out of it. In some way or another, though that doesn’t mean these individuals would play it from dusk till dawn, just that they enjoyed it as both a game and a way to interact with others interested in the same genre. Players found friends, both online and in real life, and the local nature of each server’s community helped reinforce the feeling of belonging to something worthwhile, in a sense.

One thing to remember is that even 10 years ago, or fewer than that, the world was much less connected than it is now. Having persistent online worlds wasn’t all too common, so for some this was the only means they had of playing with someone who lived across the world. It also happened to be when a lot the people who grew up playing online games had more free time, as compared to now. Because of this, some opinions are a little biased and don’t entirely take into account the current state of daily life for many people, as the player-bases have greatly increased in that time.

Looking at things now, the average that plays online games is different now than what it was. In my time playing I’ve encountered everyone from as young as 10 to as old as 74. Each with their own individual and unique lives that can’t devote the time to the games of yore had they still persisted without change. Fun in and of itself is subjective, and while it’s satisfying to finally conquer a devilishly difficult challenge, it’s also not feasible for a lot of people who simply see this as a past time and nothing more. And there’s nothing wrong with that.

Hardcore gamers still have things to do, but it’s now masked and clouded over compared with those for everyone else to accomplish, or sadly sometimes nonexistent. This is where it gets a bit more controversial and complicated.

How do you satiate both the hardcore gamers who plough through content like it was soft butter, as well as the more casual (and I say that without a hint of ill will) crowd that generally accounts for a much larger population and is ever growing? For this I have no answer unfortunately, though solving it will further progress the genre as a whole and hopefully bring forth a swathe of new titles and experiences.

I think some of the reason for this lost communication is that content simply doesn’t require anyone in your team to talk yet you can still succeed. This is done in twofold, as it can’t be overly challenging and alienate the largest type of player, but also can’t be extremely arduous and time consuming to do with little reward (which risks upsetting the risk:reward ratio for the game).

Adding onto that, past experiences have shown developer Blizzard Entertainment that content designed to be utterly crushing doesn’t get seen by the majority of the player-base, with some of it being seen by 1% or less before it’s outdated. It’s clear to see why there’s been a shift, for developers themselves are artists no matter their role, and spending time, energy and passion to create something nobody will see in such a setting is an unfortunate use of limited resources.

Combining the two of these together, you end up with easy or average difficulty dungeons that award better gear for the time spent than things of its ilk did years ago, leaving veteran players sour in the mouth for a loss of prestige that came with effort. Having that shiny new epic quality axe felt like an accomplishment when it was difficult to get (either by hard content or low drop rate) whereas now everyone has access to that gear. Maybe not entirely the same, but the rarity speaks for itself. Or doesn’t, in this case.

With newer games releasing without a structured party model require a Tank (someone that takes the hits), a Healer (someone that heals up the damage taken) and Damage Dealers (self explanatory), the need for communication within groups is lessened further. Guild Wars 2 being a prime example of this has no “Holy Trinity” model in place, nor requires groups for any content outside of Dungeons. In a sense, you can get through the game without speaking to anyone, nor do you really have to for everything can be done alone, or with a random person walking by that can attack and still get his full share of reward.

Now that’s not to say that game design and mechanics take full responsibility. Player attitude towards one another can be extremely questionable at times due to the guise of anonymity provided, but that’s another issue for another time.

Some compromises must be made in any game, but something must be done sooner rather than later to preserve the social aspect, and hopefully rebuild a friendly atmosphere in these games instead of the negative and detrimental ones that currently harm the genre.

As a footnote, I wish all my readers a very happy New Year and hope 2014 is even better than this year!