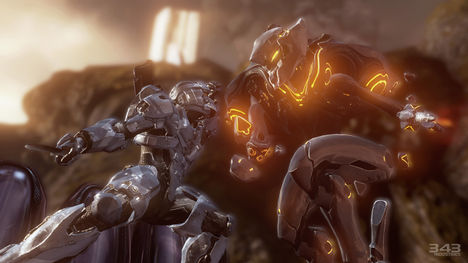 Following Microsoft’s previous track record for publishing A-List console games for Games For Windows, you could be forgiven, PC fans, for thinking that the newest entrant to their masterpiece IP, Halo 4, would be following suit.

Halo 4 was designed specifically for Xbox 360, and while we’re always exploring new ways to expand the franchise and share the Halo experience with as many fans as possible, we do not currently have any plans to port Halo 4 to PC.

This seems like a kind of good and bad idea to me. I would have thought that Microsoft could have used Halo 4 for the PC to also sell units to gamers who prefer PC gaming, where as its also a good idea, as in my personal opinion, I don’t think that the conversion from dedicated Xbox 360 controls to PC keyboards would be the smoothest transition in the world.

But I still think publishing to PC cannot be a bad thing… MAKE IT HAPPEN, MICROSOFT!!

[Source] Will You Get Halo 4 for PC? Hahahahaha. No. Kotaku.