Game Wars: The XBOX Strikes Back 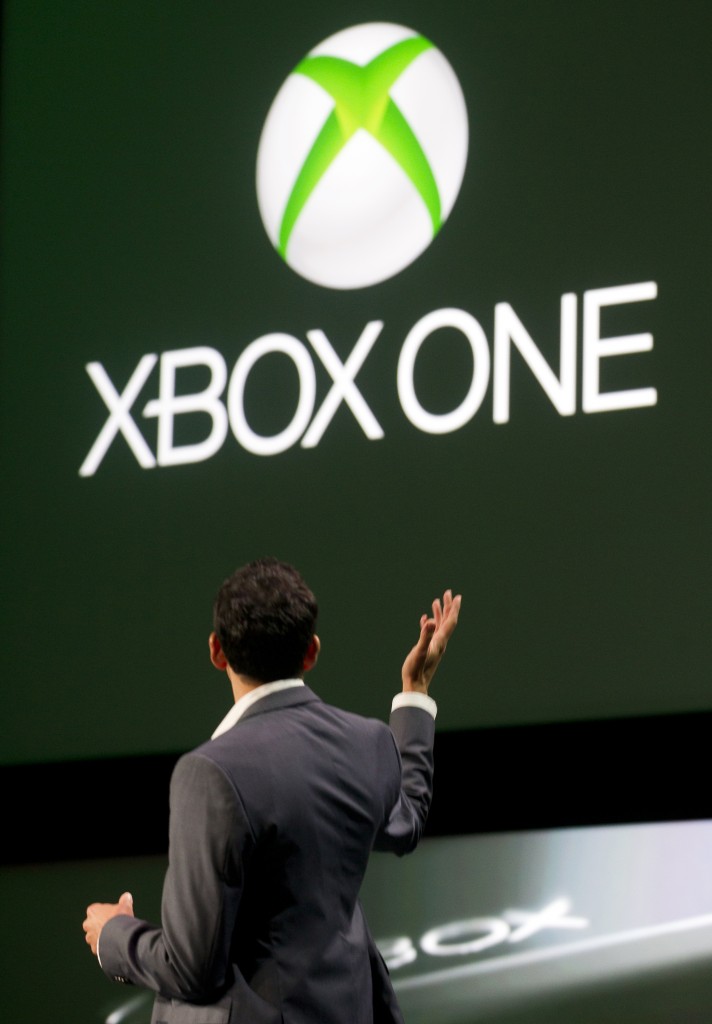 So it has recently been announced, Microsoft have unveiled the XBOX One – many of its critics have accused it of being a PC in a VCR casing (which has led to a meme boom on various social network sites), pushing away console owners who aren’t interested in Steam-esque vision and package entertainment.

This has led many to criticise XBOX for being on a ‘suicide mission’ and abandoning their loyal fanbase leading to many policy changes within the corporation, but is it all too little, too late? As a gamer myself, I have always gone for quality over brand loyalty so here is the Fortitude Lowdown on the next generation in gaming . . .

It is the news on everybody’s lips in the gaming world – yes, it is the sudden reversal of the majority of the XBOX anti-consumer policies. Now, for me, this is a big one and something that as a PlayStation consumer so far have not had to worry about (don’t get any ideas Sony). At the XBOX One reveal earlier this year, there was outrage amongst many fans when XBOX announced that they would be essentially making the consoles unable to play used games – to show my shock and disdain at such an announcement I dropped my monocle in my cup tea, in a typical British fashion. There were outcries from fans globally, it left gaming journalists confused and deflated with a side of ‘what the hell?!’… Even Sony had a pop in a response video.

In one sense, you could argue the good points of such a venture – Steam have been doing this for years, the only difference being that they have regular sales at low prices, where as Microsoft are notorious for their high price bars. It made gamers everywhere feel as though if you are not earning £600 – £1,000 a week, you don’t deserve a console and should stick to Buck-a-Roo and live in a cupboard under the stairs. Microsoft and XBOX had managed to alienate their entire fanbase all at once through poor marketing, poor ethics and rather absurd comments from high ranking employees within the corporation regarding the issue and it bit them where the sun don’t shine.

Incredibly we, the gamers of the world united, managed to batter down the defences at XBOX and they ultimately reversed their used-games policy, realising that there hadn’t been a foolhardy a plan since Guy Fawkes and the Houses of Parliament (only Fawkes had slightly better intentions). But, according to many online polls the damage has already been done, regardless of the change in policy, which is a shame as the console does have some rather impressive specs. Again, it all boils down to the sense of alienation within the XBOX community and only time will tell if Microsoft can come back from such a controversy, and to regain brand loyalty from consumers.

It has also been announced that there will various television shows exclusively on the XBOX, as part of their aim for the XBOX One to be an all-round entertainment system. Steven Spielberg has recently announced a television show based on the popular XBOX game “Halo”, along with a Netflix and a sports package available to customers. Although it is an idea that proves to be an innovative step towards console evolution, isn’t the option pretty much making the console a Sky or a TiVo box? This has led many to worry that XBOX are focusing way too much on television entertainment and branching out to attract other global demographics. However, a “Halo” live-action television series sounds incredible and hopefully one day it will get a general television release, rather than just being an exclusive for XBOX customers. 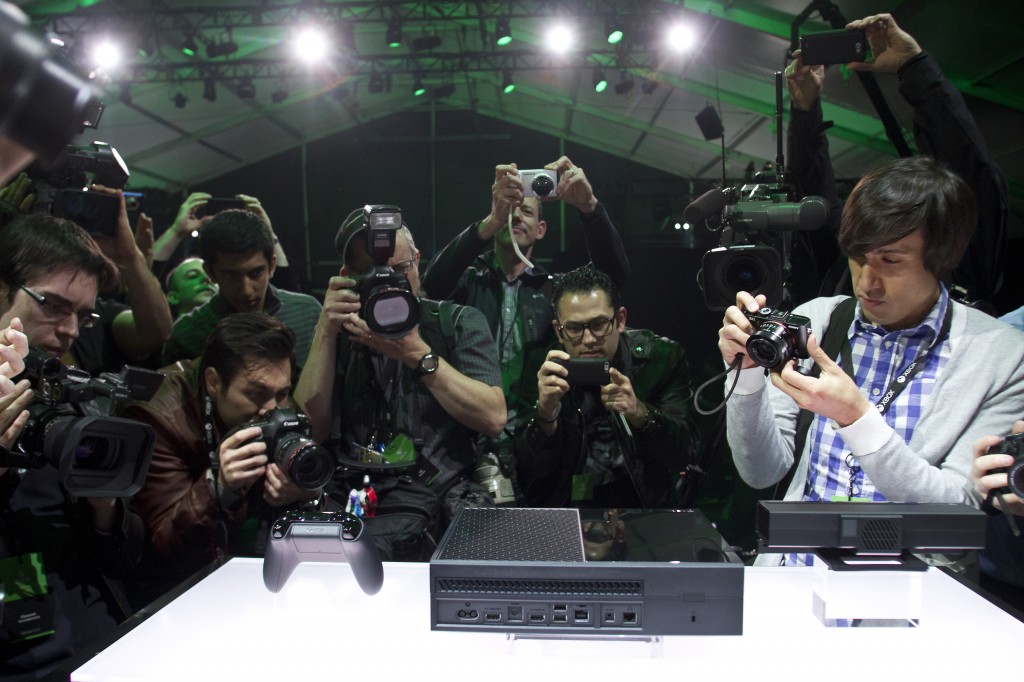 Now, about the name… XBOX ONE… ONE… ONE?!  Yes I get the message behind it – it has everything therefore it is the only ‘one’ you need. It still sounds naff. But, it is a marked improvement on the ‘XBOX 720’. Right, moving on. No, seriously, that’s all I have to say. Don’t poke the Bear. But, XBOX – well, well, well you brave chaps. I can forgive the shoddy name as what you have done here is stellar. For all consoles, it is incredibly risky to do a complete re-design of your controller, especially if your controller is as iconic as the XBOX. However, in my opinion, they have pulled it off; they haven’t gone for touchscreen or share button because there doesn’t need to be one! It’s not tablet gaming or an extension of a social network device (we have phones for that!), therefore why should it factor? From what we have seen they have merely upgraded the original, added rumble motors and made it more slim-line as the battery pack no longer sticks out at the back. It is simple, elegant and a marked improvement on the original design. Arise, Major Nelson, Ken Lobb and others for I name you ‘Knights of Fortitude’.

Sound familiar? Yes, stick your tin foil hats on when your boogying to new title Fantasia: Music Evolved, because according to many the new Kinect feature is just a way for XBOX to monitor your behaviour. There has even been suggestion that the American Government in particular could use the system to spy on consumers – in this time of espionage and intrigue, it could indeed be a real threat. But, think about it for a second… If they were that intuitive, would they have tried their luck with the used-games policy? Or their stance on DRM for instance? So Dave’s of the world can keep calm and play on, I don’t think we are in too much danger from XBOX and their elite team of game developers. Unless this is all a trick and they are really planning an uprising… (Crinkles foil…) Is it… Is the Kinect glowing red or is it just me?

Ahem…Now, this is truly painful to write…Sigh… XBOX Exclusive titles has been the envy of other console users worldwide (the original Mass Effect and the Halo series for example), and newly confirmed titles to the console are: “Crimson Dragon” – a first person shooter from Yukio Futatsugi; D4 (Dark Dreams Don’t Die) where you play as a private investigator whose wife has been brutally murdered and the upcoming NFL/EA Sports partnership (however it us unknown at this time whether this package will be available in the UK). I have tissues to wipe your tears with my fellow PlayStation Comrades. Dry you’re eyes mate… We get Beyond: Two Souls for both PlayStation platforms and the highly anticipated The Order: 1886 and INfamous: Second Son. Do you know what the best thing is about all these games XBOX fans? You know longer need a 24 Hour internet connection to play your games. At E3, Don Mattrick was more than blunt concerning his stance on this issue, stating that “if you want to buy an offline console, buy an XBOX 360”. Funnily enough, Mattrick has since done a complete 360 (get it?) and the console will no longer require an internet connection – great news for those who live in a low bandwidth area.

So – what does this mean for XBOX? Could they turn this façade around? In short, yes. It was a more than shaky start to the launch of a brand-new console. The XBOX team immediately went on the offensive which didn’t help matters especially with their initial anti-consumer policies and since the U-turn it has been announced that many more changes are yet to come. XBOXs fall from grace has done wonders for Sony and if they had announced similar policies, many consumers would have had to switch to the Wii U. In terms of consumer respect, it is 1-0 to Sony and we will likely see many loyal XBOX fans jump ship in the coming months as the PS4 has become a very real threat being a more powerful machine, cheaper and ultimately more accessible. So with all the embarrassing U-turns concerning used-games and internet connectivity amongst others, the damage on Microsoft profits and brand still remains to be seen but admitting ones mistakes is a solid step in the right direction to righting some wrongs within the corporation. Looks like the customer is always right after all… 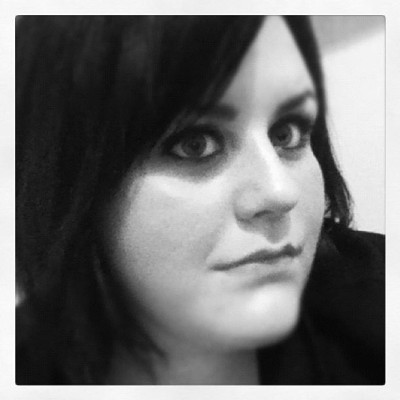 I'm a writer with a passion for music, film, television and videogames. I also dream of a world where Cats can talk, The Doctor and the Tardis are real and Sharks have laser beams attached to their heads. You know, just to give them that much needed edge they have been lacking all these years.