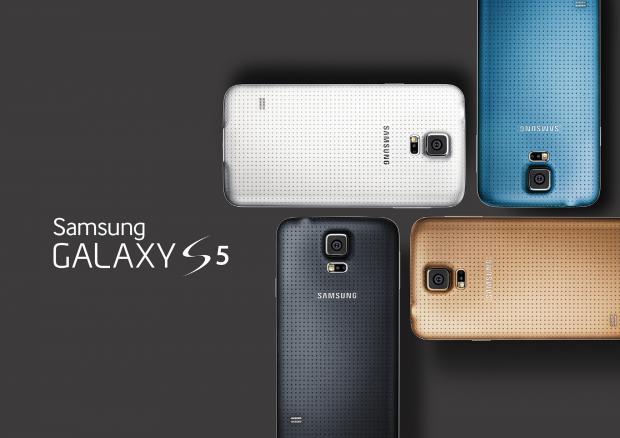 Nothing says ‘buy this phone’ like an introduction from the Barcelona opera house Orchestra but did this grandeur continue throughout Samsung’s unveiling of the new Galaxy line up? Could this be the best smart phone yet?

In Barcelona at the MWC 2014, JK Shin took to the stage and wasted little time in showing off Samsung’s new flagship device, sporting a 5.1 super amoled full hd display, an iPhone 5S-contending fingerprint scanner and the world’s first heart rate sensor on a smartphone.

Let’s break the specifications down and determine firstly what more the Galaxy S5 brings to the table in comparison to its previous model and secondly,is this the best smart phone money can buy? The Galaxy S5 rocks an insane 5.1 inch super amoled display at an industry standard 1080 pixels. While this sounds impressive, the resolution of the display equals that of its predecessor, the only difference being that extra 2 inches on top of an already huge display. That’s not to say the Galaxy S4’s display isn’t gorgeous and rivalling that of the iPhone 5S, you know what they say it- if it ain’t broke, don’t fix it. More importantly, in a world where we rely on our smartphones more and more, for me probably the most impressive feature of the new flagship device is its water and dust resistance. A splash of rain or an accidental trip down the toilet bowl are no longer a catastrophe.

The design is largely the same but Samsung have opted for the much asked-for perforated leather-look back instead of the plastic found on the S4, giving it a more premium look and feel. The camera, as one of the most requested features of a smartphone, has of course been improved; the galaxy S5 brings a 16 megapixel camera with the fastest ever auto focus on a camera of 0.3 seconds.

The battery is also improved, offering 10 hours web browsing on 4G or 10 hours video playback. It also fixes the glare issue on the S4 by using selective brightness and even a super dim setting for use in dark places, say a car when driving at night or a cinema. Another awesome feature for me was the new ultra power saving mode, which when turned on, offers 24 hours standby on just 10% battery, which means if you don’t want to be left with a dead phone in times of urgency, you can preserve that all important 10% for a whole 24 hours.

Lastly, the Galaxy S5 sports a finger print scanner like that of the iPhone 5S, which can be used to make secure payments with the swipe of a finger, or to unlock your phone with minimal effort. Moreover, you can even hide your personal files so that no one but you can access them. There’s also a kids mode just one click away that will hide all your important content and transform your phone with specialised child-friendly apps and content. If you’re a parent with a smartphone, this may be a welcome feature.

To conclude, whether or not the new Samsung Galaxy S5 will revolutionise mobile technology i’ll leave up to you but it definitely looks to be a solid improvement on an already top-class phone. The Galaxy S5 will hit shelves on April 11th in four colours; Charcoal Black, Shimmer White, Electric Blue and Copper Gold. 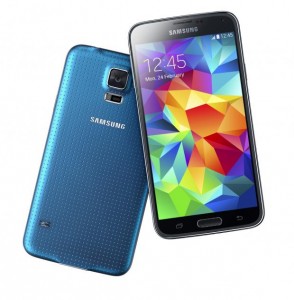 Samsung also unveiled the next iteration of their wearable gear line-up, the Galaxy gear 2, alongside the gear Neo and gear fit. Smart watches are growing in popularity but the galaxy gear wasn’t without its flaws, which Samsung seem to have rectified. Firstly the gear 2 features a heart rate scanner and pedometer, making it the perfect fitness companion. It also has a 3 times larger battery capacity and standalone mp3 capability with 4GB in built memory. Like the S5, it is rain and dust resistant and has an infrared blaster so you can control your tv simply with your watch. It also supports swappable straps so you can switch between casual and classy seamlessly and now with a home button, there will be no tedious swiping to get back to your menus.

Alongside the Gear 2 and Gear Neo, samsung also revealed the Gear Fit- a fitness orientated smart watch that also brings a heart rate sensor, pedometer and water resistance as well as a curved super amoled display. These products join the Galaxy S5 for its April 11th release.  So what do you think, are these new smart watches essential gear for everyday life and is the Galaxy S5 the best smart phone to date? It’s early in the year to tell for sure so we’ll just have to wait to see what the competition will bring. All eyes are on Apple now to try and top what is sure to be one of the best devices of 2014. 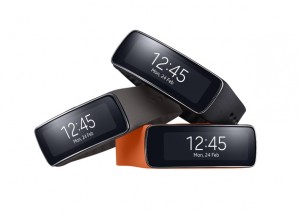