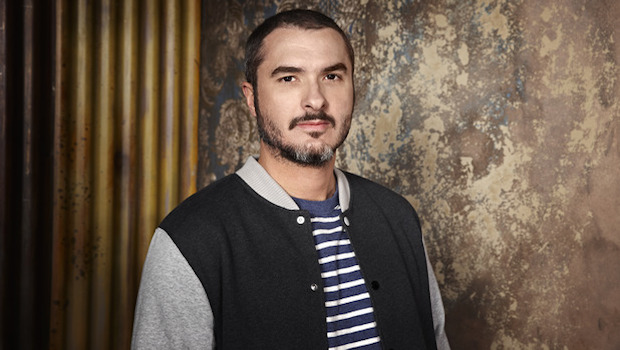 The epic cult classic is met with an equally epic rescore.

Zane Lowe’s vision of sharing “exciting new music through film” finally went under the spotlight last Thursday. In working with one of the cult classic films of modern cinema, Lowe’s latest project may well be his greatest triumph, or his greatest failing. Here, I look at each track each artist has provided in this incredible rescoring of the 2011 film Drive.

‘Sequence One’. Not unlike the original soundtrack, the opening from Pryda is a dark, twisted motion of energetic synthesisers and melodramatic loops. The gritty, ‘80s style synth-pop style is emphasised nicely, as the film crawls into its starting position.

‘Get Away’. Glasgow’s Chvrches stir Kavinsky-like synth-art into the mix, and, to their credit, the palpable sound of the band was a shrewd choice from Lowe, as they capture the 1980s essence of the the original score, which made it a such popular soundtrack. Key-ridden, soaking with reverb and gritty to match the heart-stopping introduction.

‘Rescore Arrangements 1-6’. From delicate pianos, to cold and collapsed techno sounds; John Hopkins was given arguably the hardest track of capturing the rare flickers of emotion of Ryan Gosling’s character, The Driver, in his interjected snippets and soundbites. An excellent job he made of it, too.

‘Medicine’. As Gosling’s character grows into his neighbour’s lives, the emotions of the scene are courted by this quiet, guitar-filled lullaby. Slow, steady and calm. The Driver may have cured his own afflictions of isolation, and ‘Medicine’ matches this concept beautifully. Here, The 1975 iron out the joy that Drive starts out with, through a gentle and melodic track.

‘Howl (Supermoon)’. The usual technicoloured and funkadelic sound of Foals is harnessed and sprawled out in this rescoring of Drive. Rather than turning up the amps, a solitary guitar plucks away, whilst the band swing the “exciting to the curious, and the confused and the angry”, in Lowe’s words.

‘Pretty Boy’. The party mood collapses as the jail-bird father returns home, and spoils the chance of a family for The Driver. The clanky, wooden percussion croons away at the pragmatic desperation of the scene. Appearing again, with ‘Shannon’, The Neighbourhood clink and clank between each cutscene. Like a mustang’s engine, the bass revs aggressively behind the dark visuals.

Bring Me The Horizon:

‘Don’t Look Down’. An uncharacteristically thin sound coming from BMTH, which makes the scene all the more tense: A real sense of ‘hide under the covers, something is going to wrong’. And, sure enough, a deafening gun shot, followed by hard hitting rolling drums kicks. It’s kicked off, and The Driver must live up to his name sake and drive. Another superb choice in this epic re-score.

‘Mediation Song’. With all due respect, meditating will be the last thing on the ‘Driver’s’ list of things to do today. Set up, shot at and chased. With more money than he bargained for, the tender vocals from Banks underlines the deceit, and true drama of the film. The depth to Gosling’s character is slowly starting to surface.

‘Hammer Time’. Yeah, you’re not bloody kidding. The slow, calculated pound in the distance clips over the infamous hammer on the hand scene. As each blow hits, the music resonates deeply, and brutally captures this grotesque and gory mix audiovisual ultra-violence.

‘Mellow Man’. Another stellar contrast. Kicking someone’s head into a bloody pulp is far from mellow, in my book. The kiss, probably the sweetest part of the film, is followed by the most explicitly violent part of the film. Evidently, our “mellow man” snaps. Track wise, it’s a clever play on the plethora of emotions contained in the lift during the scene.

‘The Driver’. Bastille, a BBC Radio 1 favourite. Shannon meets his bloody demise, and The Driver’s pending rise to the impossible, violent challenge he’s met with. The harmonious call and response, like a bitter-sweet biblical serenade. “Big boys don’t cry”, they sing as the guitar slide cascades and the drums capture the moment brilliantly. The Driver means fucking business. Each guitar slide adds another reason why The Driver is such a prominent and unique anti-hero.

‘Untitled’. The grit returns through the erratic, jungle rhythms and cosmic waves from SBTRK, making us aware that this particular driver has a bit of sting about him. “Why don’t you shut your mouth before I kick your teeth in and shut it for you”. It’s a razor sharp, blood-shot piece of music, and ties in beautifully with the harsh dialogue.

‘Borganza’. The haunting sound of revenge personified by Simon Neil, here. The creepy arpeggio keyboard tinkers away as The Driver enacts another violent murder. Drowned and out. Carrying on with ‘To The Bone’, Neil’s vocals strip back the films intricate visuals details. Unlike the original score, the emotion dies down into more sombre pastures.

In taking on this ambitious project, Zane Lowe, as well as the bands who he worked with on this rescore, have emphasised just how powerful a medium music can be. The mood of Drive was subtly clawed out and slowed down, but lost none of the power and anger that the original film was made famous for. A brilliant, mesmerising, perfectly applied soundtrack to a film will go down as one of the cult classics in the modern film era.

Playing out with The 1975’s ‘Medicine’, he see The Driver drive off into the distance. Dead or alive? You’ll have to decide for yourself.