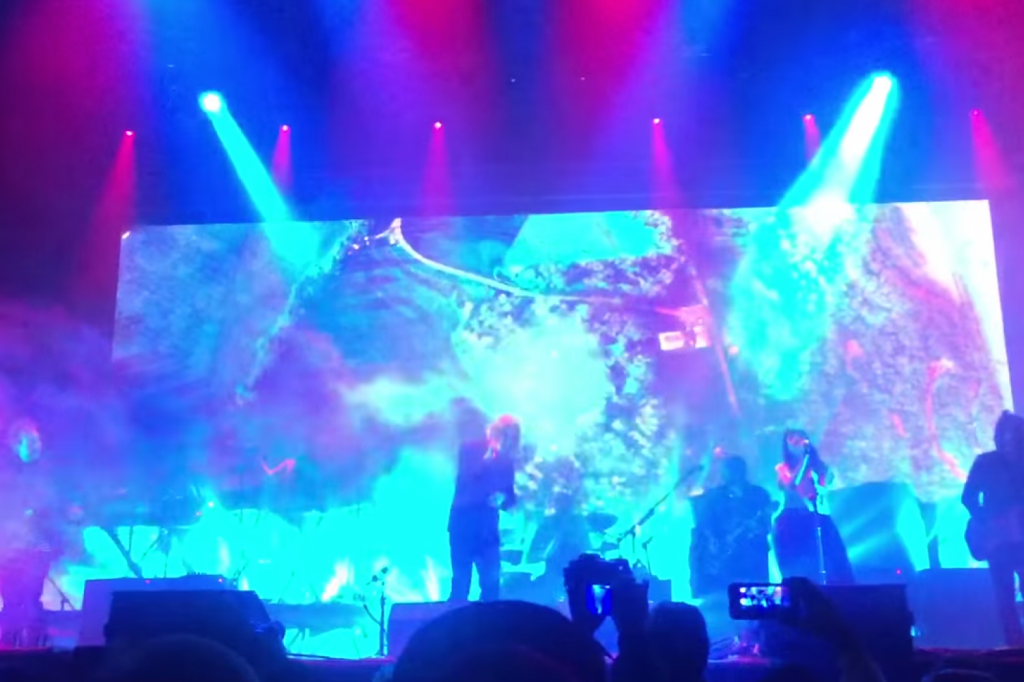 Matt Berninger and Lauren Mayberry team up to sing ‘I Need My Girl.’

The other night (October 18th), The National’s Matt Berninger introduced Lauren Mayberry of Chvrches to duet with the band on stage. Playing to a capacity crowd at the Treasure Island Music Festival in San Francisco, the pair teamed up to sing ‘I Need My Girl,’ taken from The National’s most recent record, 2013’s Trouble Will Find Me. Watch the fan footage of the performance below (Via Pitchfork).