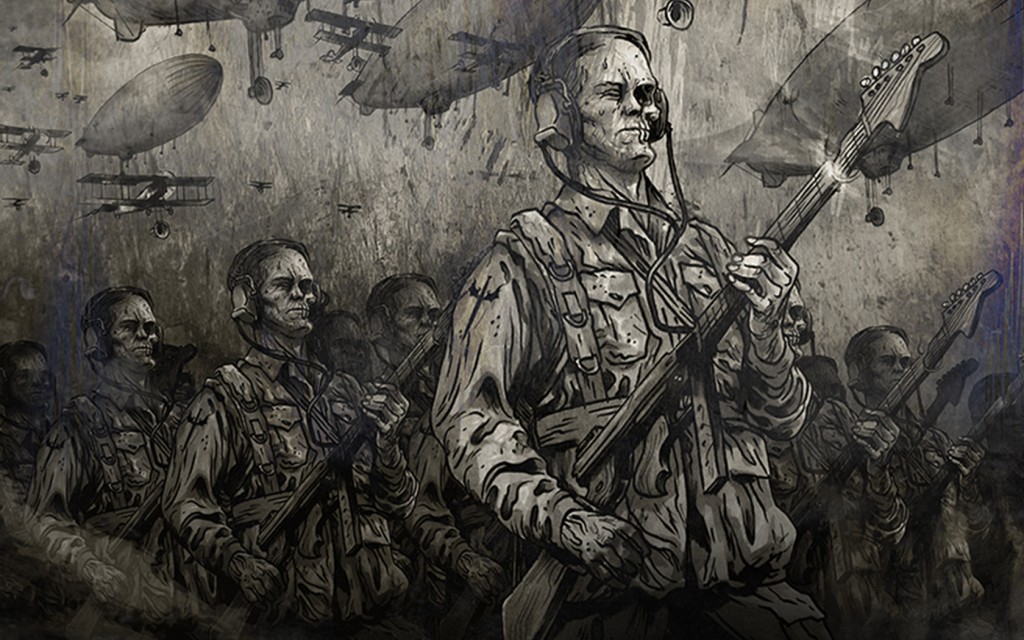 Voodoo Six are doing things right. Steve Harris thinks they’re good guys. Mike Portnoy’s on board, giving them praise. The British thumpers have really put the hours in to climb the ladder, and now it’s paying off.

Following the success of Fluke?, Songs To Invade Countries To coincides with their upcoming tour with Iron Maiden. The rather serendipitous title has been around for a while, and gives the album a purposeful feel from the outset.

The video for opening track Falling Knives cropped up on the YouTubes in November 2011, clocking up 70,000 views in that time. In these times of Psy’s and Rebecca Blacks’, 70,000 seems like a small number, but that’s still a lot of people. Their impossibly youthful drummer and grinning, static demeanour harks back to that early Maiden/Saxon vibe of blokes playing hard rock down the Dog & Duck, which carries its own charming edge.

An album of well-trodden pathways, this is the sort of record that translates more effectively live. The production has a very separate, clinical feel in places, despite the band clearly having a whale of time. Tracks like You Don’t Know sound like Down jamming Black Crowes numbers, without the swamp and dirt. The strings here sound a bit keyboard-ish, but it’s a small niggle on a good record.

Your Way shows a lot more of the band’s roots than anything else on the record. These are songs written by men who’ve been raised on Thin Lizzy, Molly Hatchet, Leppard, Maiden, Pentagram, and probably a fair bit of Sabbath and Soundgarden. …Songs… brings no pretence to the table; no frills, time signature shifts, or 40 minute epics here, just balls to the wall, laser-guided festival rock.

Inexplicably awkward Sharp Sand is set nicely against the stripper-boogie-as-manly-confessional of Brick Wall, which contains a full minute plus of guitar trade-offs, which should please the fans who’ve worshipped at the altar of Skynyrd. The album ends on the fattened riff-calf of Higher Ground, which should kick the dancing off nicely on tour.

Voodoo Six are a band of men making hard rocking man’s music. Short of having a burning, naked motorcyclist on the cover, this is as fist pumping and riff-chucking as it gets. There’s nothing unlikeable about the band, their songs or performance, and in this musical sphere that’s a great thing. When you’re out on the tour seeing the Irons, don’t miss the Six; if you don’t come away from it gurning with enjoyment then rock is not for you.

Watch the video for Falling Knives: