Video Review: Finn Andrews – One By The Venom 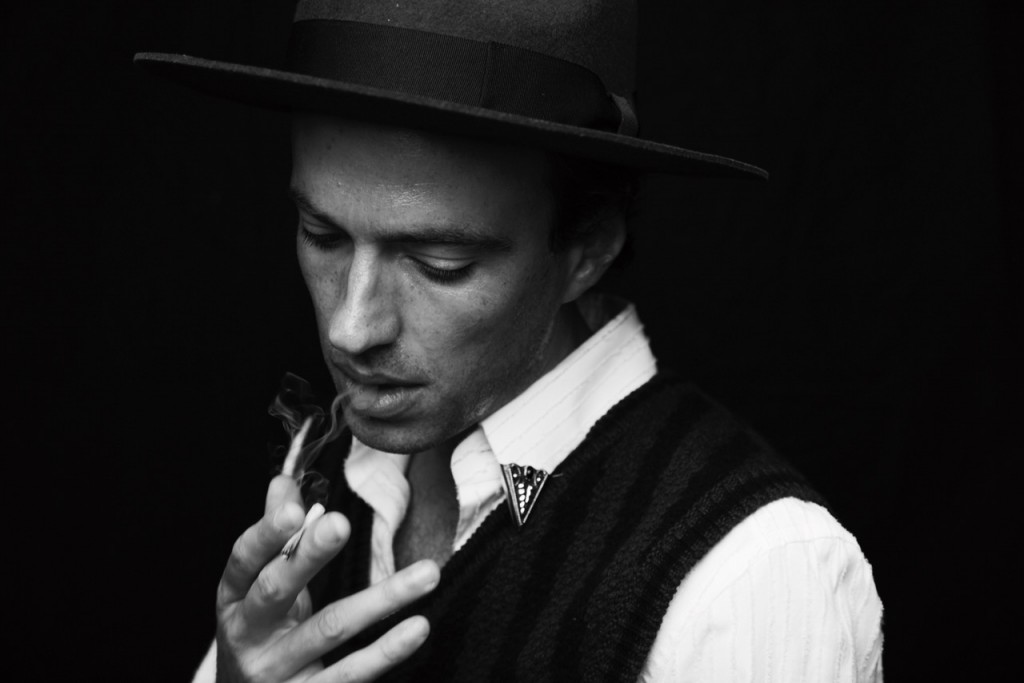 Finn Andrews has released the geniusly-crafted new video for One By The Venom. The track is taken from The Veils frontman’s debut solo album One Piece At A Time.

One Piece At A Time is a deeply personal and self-exploratory debut album, with each track possessing a notable rawness and intimacy. When speaking about the album Andrews said: “The last Veils records had a lot of writing from other perspectives. It’s always been personal, so it’s a different way of getting at the same thing. Honestly I don’t exactly know why it’s different this time, or why these songs have a different feeling, but they do.”

One By The Venom opens with pulsating hand claps before Andrews launches into a fast-paced almost mantra-like verse, every line starting with “one by”. Andrews is narrating a list of people who’ve met their demise in various ways “one by the venom and one by the pox, one by the water and one by the rocks”. The rhyming is so clever it could be likened to a children’s story book but it has a very dark twist. The accompanying video is macabre in that it depicts each death as it’s listed by Andrews but for every slightly grisly scene there‘s two which are depicted in a more comedic and light-hearted way. The video combines black and white stock footage and scenes from old films with cleverly crafted animated illustrations and acted scenes. One clip that stands out is the animation that accompanies the line “one by the guillotine, one by the rope” where the executioner carries out a beheading only for the severed head to fall and become the head of the victim who’s being hung below. As the deaths are being played out Andrews is trapped underground in a coffin trying his best to pass the time by reading, playing cards and making fondue. Remarkably there are 45 deaths in total played out within the 2 minutes and 49 seconds time-frame of the song and they’re spliced together in such a way that it becomes almost like a short movie. The melancholy track is made even more sinister as it progresses and the strings reach a screeching climax but the humour of some of the scenes stop the overall feel becoming too heavy. As the track comes to a close the characters from all the various death scenes come together clapping along to chorus one final time.

When talking about the making of the video Andrews said “We didn’t have much money, but we had time. Each death is only about 1.5 seconds long so (director) Alex Gandar and I set about trying to think of the most direct ways to show them. Alex wrote out the world’s most macabre spreadsheet containing each death, how long it was, who was in it, where it would be shot… it was a huge amount of work.”

I certainly hear the song in a different way now that I’ve watched the video. It’s a video that’s so striking in that it’s so complex bringing together so many forms of visuals but it also has a beautiful simplicity and a satisfying regimented feel. It’s a fascinating watch and the humour and rawness definitely gives it a stand-out edge.

Watch the incredible video for One By The Venom below. The track and the album One Piece At A Time are both out now. Finn Andrews is coming to London later this month to play two shows at St Pancras Old Church on 29th and 30th May so be sure to catch him there. Find out a bit more about Finn Andrews here.