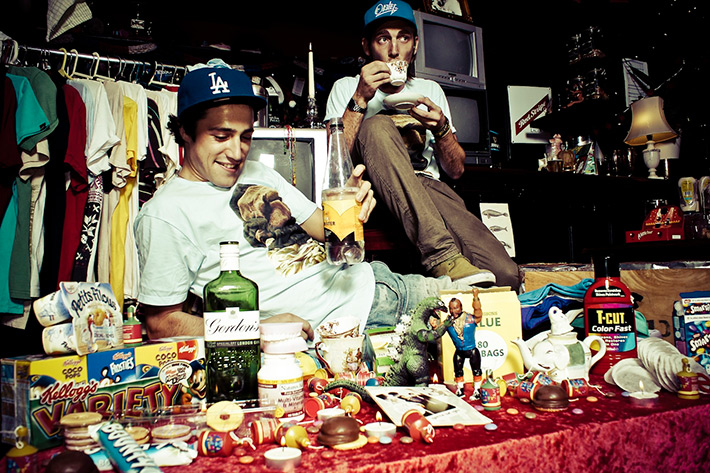 UK’s hottest new Hip-Hop act, Too Many T’s have unveiled their latest video for the track ‘Boom Bap’, which is taken from their latest EP ‘The T.P.’.

The duo, consisting of Leon Smith and Ross Standaloft, offer a throwback to the golden era of UK Hip-Hop in the 90’s, with Huffington Post cementing the hip-hop group as Britain’s answer to Beastie Boys.

Draped in full fat beats, premium rap skills and with a comical swagger, Too Many T’s have a distinct fragrance of golden era Hip Hop. The four tracks on ‘The TP’ demonstrate both their love for the genre and their finely honed talents.

Check out ‘Boom Bap’ below:

‘Boom Bap’: Hip Hop is back with a full frontal rap assault complete with horns to make you pump up the track. ‘It Ain’t Right’ is an electro swing tinged, classic in the making. Party starting favorite ‘1992’ tips it’s hat to that golden age of Hip Hop and ‘Hazard’ finishes off this remarkable debut EP showcasing the duo’s quickfire back to back style. Accompanied by four brand-new music videos, a full remix EP to be released on Ghetto Funk Records and a remix competition. ‘The T.P.’ is the first batch of a whole host of exciting new releases from Too Many T’s.

Stream their ‘The T.P.’ below:

As well as live sessions locked down on John Kennedy’s XFM show and Shoreditch Radio, 2013 will see Too Many T’s grace the festival stages of Beat-Herder, Secret Garden Party, Fieldview, Boomtown, Womad, Sunrise, Shambala and Long Division along with many others and a plethora of club shows throughout the UK and Europe.

If you liked what you heard, get it here: http://toomanyts.bandcamp.com/album/too-many-t-s-the-t-p