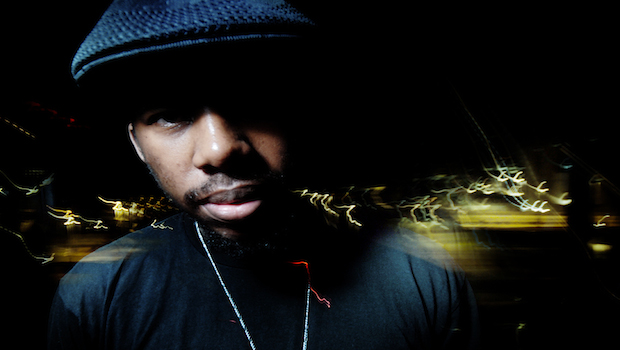 Experimental Hip-Hop producer Flying Lotus has revealed a new video for his new track ‘Never Catch Me‘, featuring some exquisite vocal hooks from rapper Kendrick Lamar. The video unloads the jazziest funeral you’re likely to ever see, as two kids arise form their deathbeds and dance their ways down the funeral parlour aisles.

Starting with a slow rumble, ‘Never Catch Me‘ explodes into fast paced whirlwind of funkadelic beats and cross-rhytmic harmonies, and the non-sensical video, directed by Hiro Murai, is the perfect visual partner to the pulse-raising tune. In tandem with the track’s trippy edge, the video captures the sombreness of death, as well as the rhythmic joy of life, in a creative new light. Kendrick Lamar’s input is strict and strong, lacing the jazzy beats with an open-mouthed brainstorm of words.

Flying Lotus, real name Steven Ellison, will release his sixth studio album ‘You’re Dead!’ on October the 7th, and it looks set to be an absolute corker.