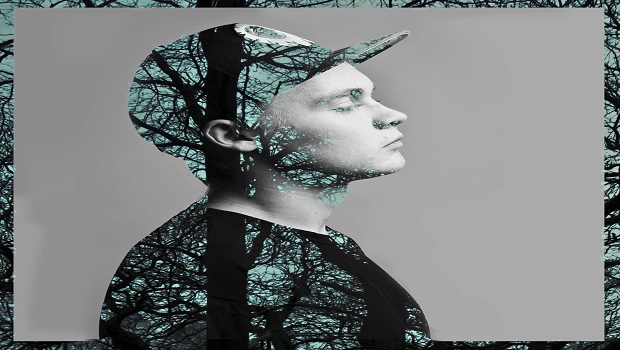 As a product of Manchester’s rap-battle scene, 19-year old Blizzard is eager to break the premise that he’s just another battle rapper. His efforts, however, fall short of a full virtuoso of the hip-hop scene.

Rap, so I’m told, it’s very much a niche market. It’s riddled with streetwise philosophies, graffiti beats and tight-lipped poetry. Sent from the streets of Manchester, Blizzard embodies the traits of a true rapper. He’s confident, witty, and, as he himself puts it, “embarking on a journey through sound”.

Subsequently, Bradley ‘Blizzard’ Green’s journey has manifested itself into a new EP, entitled ‘Testing the Water’. With a helping of infused pop and hip-hop, Blizzard lays a flat carpet of rhythmic dynamism and groove. Tracks like ‘Back in the Day’ and ‘Leave Me Now’ showcase a clasp of potential and song-writing prowess. They flow nicely from verse to chorus, grow in texture and resonate within the pop bracket of genre. Mixing his pianistic and singing abilities, along with his rapping, settles nicely, and cements a sense of real authorship. Nevertheless, this trait is not seen enough on the EP.

Blizzard’s story veers off into imbalance  amongst the more grime-centric tracks. “I might be nineteen but i’m horrible / for the death of the game i’m responsible”, spits the young rapper, during the opening track ‘B L I’. Accordingly, Blizzard makes a song from the very the basic of hip-hop ingredients: Swirling synthesisers, and urban beats. In terms of quality, it lies singularly as a good, well-written song.

Unfortunately, with regards to imagination, it fails to impress. As a case and point, Blizzard’s lyrics, although metrical, underpin his naivety and perhaps over-eagerness to become one with the rap genre, and subsequent lifestyle, rather than explore other possibilities and musical equations. Lyrics referencing smoking drugs contrast horribly with the more tender topics of death and grief, and leave a bemused feel to the EP, despite whatever experiences influenced the tracks. Boasting a lifestyle all too familiar and stereotyped in the world of hip-hop leaves an accustomed taste in the mouth; one that is bland, and unappetising.

Sadly, this remains the case throughout the majority of the EP. The flesh of the song-writing sticks firmly to the bones of an overly exaggerated disposition. In other words, Blizzard is driving a pimped out Volkswagen Polo straight for your face, and there is nothing you can do to avoid its impact.

Potentially, Blizzard has the keys to a million doors of success and experimentation, if pushed in the right direction. At face value, in trying to make a name for himself outside of rap battles, Blizzard has fabricated an awkward merger of lyrical callowness, and over-production: A musical artefact that leaves little to the imagination.

Watch the official music video for title track ‘Testing The Water’ below: