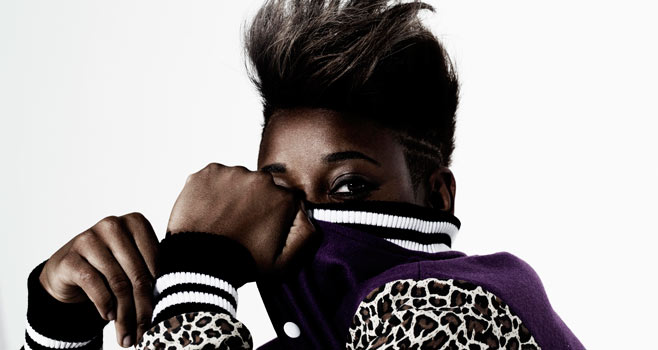 Fast developing a reputation as one of the most engaging female MC’s the UK has ever produced; this witty wordsmith has already been championed by Wretch 32 and is revered by her peers.

‘I’m Good’ follows Dot’s debut single ‘Kurt Cobain’ and was premièred via Mista Jam’s show on BBC Radio 1Xtra yesterday after a run of teasers leaked by SBTV caused a huge buzz online. The track features a wild and frenetic contribution from the legendary Busta Rhymes, his verse running riot across the thumping bass-line and chattering beat.

Check out the release below:

The forthcoming video, directed by Jeremy Rall (T-Pain, Ludacris, Snoop Dogg) was shot in sunny Jamaica and sees Dot dancing with locals as well as cruising around on a customized ‘Sound Bike’ kitted out with speakers; her cheeky playfulness, teamed with bouts of fiery attitude are a poignant celebration of female power and identity.

Lauded for her enormous drive and ambition, Amplify Dot’s career started with an unplanned Brixton Academy appearance with Missy Elliot at the age of just 13. Now she’s working on her debut album due for release later this year. Alongside Busta Rhymes the album will include collaborations with some big names including superstar DJ Eric Prydz, RnB soulstress Etta Bond as well as newcomer Cleo Sol.

Over the summer Amplify Dot will play a series of shows including festival slots, support slots for some of raps hottest talent including Pusha T and Action Bronson as well as headlining her own exclusive shows.

With the UK hip-hop scene moving from strength to strength the stage is set for a leading British female rapper to step in to the spotlight…step forward Amplify Dot. Distinctive in her delivery and creative in her approach, Amplify Dot is ready to deliver a unique point of view!