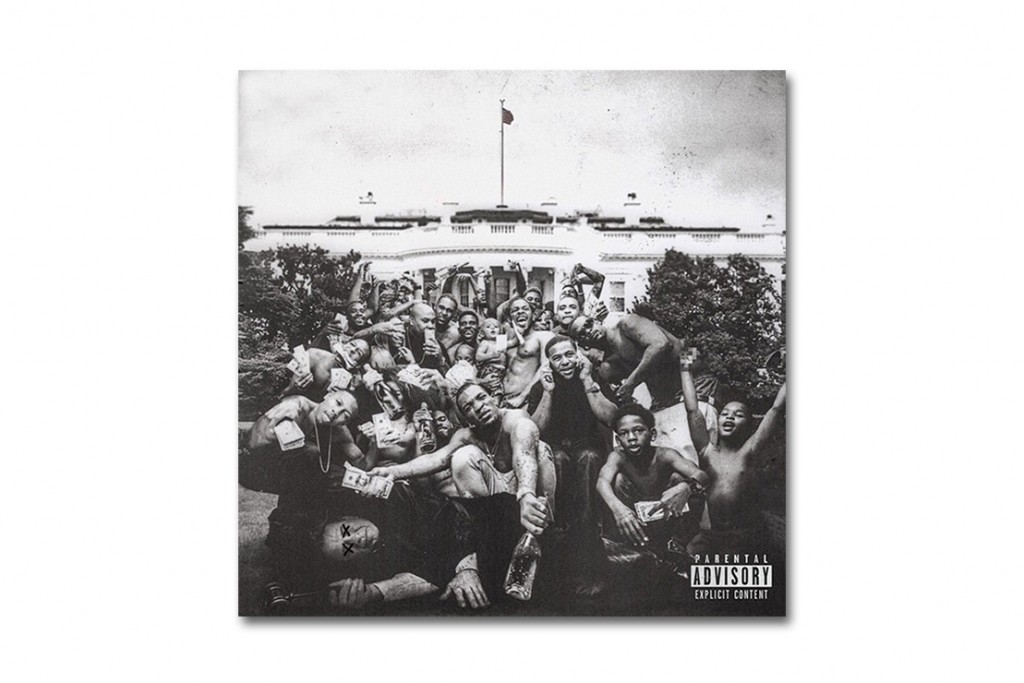 Straight out of the war zone and into the studio, Lamar has produced one of the albums of the year so far.

All hail the “biggest hypocrite of 2015.” Whilst the modern day aesthetic canon of hip-hop seems to be defined by the disciple-following of Kanye West and a saturation of ‘Thug Life’ memes, there remains one reminder of the raw, untamed ethos that hip-hop has sketched out over the decades.

Although his ethics and intentions are unclear, the gravity surrounding Kendrick Lamar’s new record, To Pimp A Butterfly, has been cataclysmic. Lamar, ever the people’s poet, dices with many themes, including drama, race, and Wesley Snipes.

As Kitty Empire of The Guardian put it, To Pimp A Butterfly is “fearless in its scope.” Lamar harbours the anger of people without a voice, and expresses himself vividly, pulling no punches in the process. Lamar’s grassroots sound on his two previous records, 2011’s Section.80 and 2012’s Good Kid, M.A.A.D City, has made way for more progressive timbres, like jazz, electronica and funk. Opening tracks ‘Wesley’s Theory’ and ‘For Free (Interlude)’ turn the key on Lamar’s vehicle of insanity, and kick his psychotic engine into ignition. ‘Wesley’s Theory’ is both chaotic and regretful; bold and untamed. ‘For Free (Interlude)’ sees Lamar on the wrong end of a scolding from an irritated woman, before retaliating with the hilariously sleazy “this dick ain’t free, you lookin’ at me like it ain’t a receipt” and listing all the racial injustices that face a black man “livin’ in captivity” in America over a thimble of scat-jazz saxophone. However, Lamar’s strong political messages are not diminished through these musical digressions. If anything, they’re enhanced by it, like a sort of history of black music in motion as Lamar speaks for the people, albeit in a slam poetry style.

Heavily sampling funk classic ‘The Lady’ by The Isley Brother’s, …Butterfly’s first official single ‘i’ merges satire and narcism together in twine. It’s nostalgic yet modern, funkadelic yet visceral and full of meaning. Much like the album on the whole, the message it propagates is unclear but strangely compelling. Lamar’s music crosses over with a natural public speaking ability, as he challenges and criticises the intolerance of a society hell-bent of crippling itself from the inside-out. On the chorus of ‘Institutionalised’, Bilal brings the slam back with “shit don’t change until you get up and wash your ass.” Again, the meaning is purposely vague, but thrillingly projected.

Lamar throws out thought provoking contemplations as if they were bullets from a gun, and he raises all the issues others have shied away from: “I’ll tell you just how much a dollar cost, the price of having a spot in heaven, embrace your loss, I am God” over calm piano chords and brass section on the stand out ‘How Much a Dollar Cost,’ as Lamar talks over his refusal to lend a homeless man a dollar. Likewise, the general feel of the album is summed up astutely by ‘The Blacker The Berry,’ the angriest track on the album. Focusing on race, Lamar continues to spark out lyrical backchat, growling “I’m African-American, I’m African, I’m back as the moon, heritage of a small village,” before the hyper-violent vocals of Assassin further politicise Lamar’s rhythmic sound. Adding further to the madness, the track fades out to some more soft jazz.

To Pimp A Butterfly ends on an equally compelling listen with half-song-half-conversation ‘Mortal Man’. Starting out in Frank Ocean style R&B glaze, brimming with sliding bass guitar and muffled hip-hop percussion, before mulling over fame, fortune and murder with the late Tupac Shakur. The mix of politics and soft jazz makes another appearance, and the album finishes on another guerrilla poetry reading from Lamar, proclaiming “pop” as the album comes to a grinding halt.

Straight out of the war zone and into the studio, Lamar has produced one of the albums of the year so far. To Pimp A Butterfly is hard-hitting, politically charged and strung together with a plethora of genres and musical influences. If, as many have argued, art is a hammer in which to shape society with, than Kendrick Lamar’s To Pimp A Butterfly will bludgeon us all to death.