U2 Give Away New Album For Free On iTunes 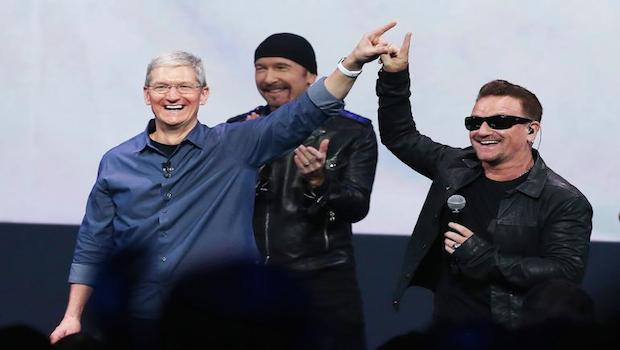 U2’s latest studio album ‘Songs Of Innocence’ was released on September 9th and has been given away for free download to almost half a billion iTunes users.

The album was a highly anticipated release, being the band’s first release since 2009.

‘Songs Of Innocence’ will be released in physical form on October 13th, but until then, Apple have given U2 an unspecified amount of money to cover royalties, and have committed to a marketing campaign worth $100 million in return for permission to release the album for free.

We’ll have a review of ‘Songs Of Innocence’ coming very soon – stay tuned!