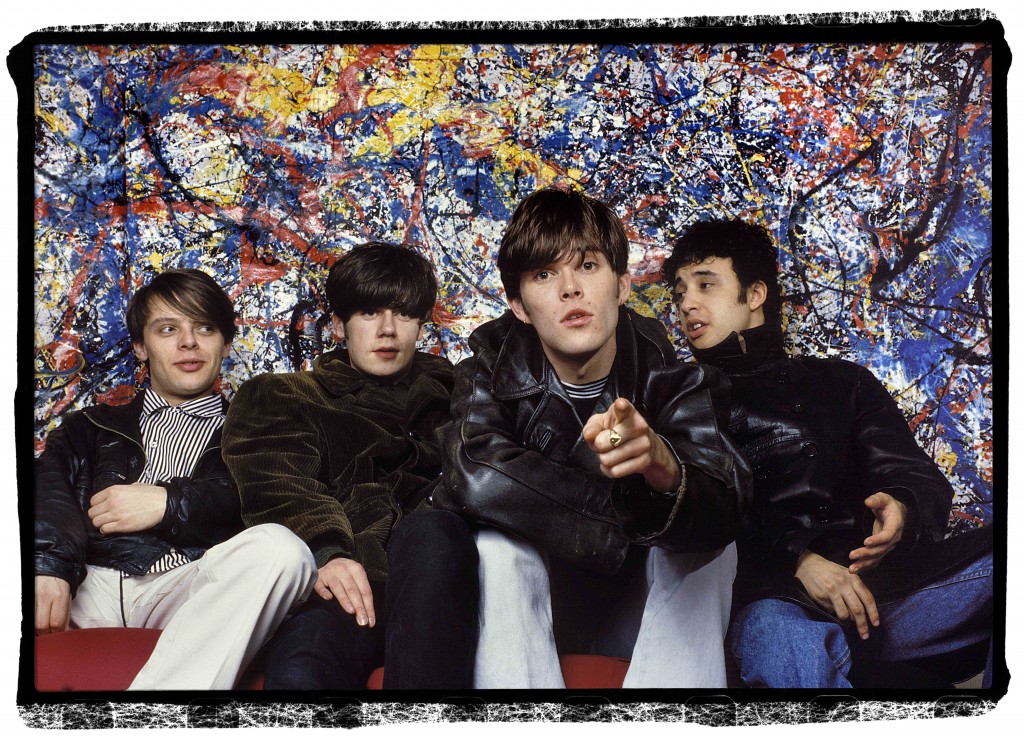 Stone Roses fans have been sent into a frenzy as the band’s iconic lemon logo has appeared across the city of Manchester. Most are speculating that the band are set to release a new album or announce a new tour. As you can imagine, the teaser has sent Twitter into meltdown. Sightings of the logo have been seen in the city’s various record stores, barbers, and around the Northern Quarter. Eagle eyed fans have noticed that each poster contains 16 lemons, suggesting that whatever the surprise is, fans will have to wait until 2016. Speaking to the Manchester Evening News, one shop keeper claimed that he had been “sworn to secrecy about an announcement due in the next 24 hours.” This is how Twitter reacted:

Sixteen posters all together, surely means a 2016 tour album and tour #thestoneroses pic.twitter.com/xQne9DuggG

What have we here then? See a poster, share it here. Something's happening… #StoneRoses #thestoneroses #lemons pic.twitter.com/zIaMugnLo0

Speculations about activity from The Stone Roses. Posters with band's lemon logo around Manchester. #TheStoneRoses pic.twitter.com/81BlnNjz31

This is magic. Clues appearing around Manchester early doors. Have you spotted a lemon poster yet? #StoneRoses #thestoneroses @thestoneroses

Today seems as good a day as any for the third coming. #TheStoneRoses

This is being worked amazingly, any other band and it would be boring by now #thestoneroses pic.twitter.com/6piH4jaNJ1

Just want this announcement about #thestoneroses to hurry up. I have the funds if a tour is on the cards. Pleaaaasseeee.

You get the idea. Stay with Fortitude Magazine for updates once news of an album or tour (or maybe something else altogether?) materialises.