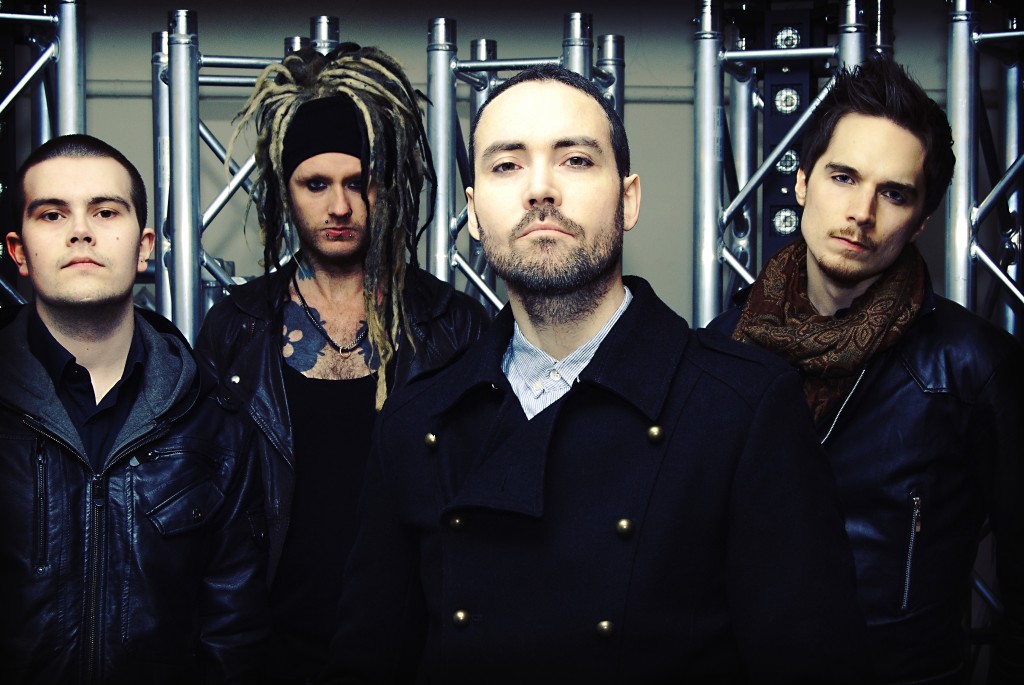 Supplication is a confident debut EP release from This Burning Age. The EP is the first in a four-part, three-track series from the Electro-alt-rock outfit. With inspiration that spreads from Bowie to Smashing Pumpkins and a unique release process to boot, it highlights originality in an already crowded electro-rock market.

It’s title echoes an overall message of praying for help in a state of broken and twisted love.
As frontman Friday explains: “’Disappeared’ is about the struggle to love and keep on living in a broken world, and is inspired by Dylan Thomas’ ‘Do not go gentle into that good night’. ‘Your Will Is My Kill’ talks about sado-masochistic and destructive love from the perspective of a disturbed dominant male character, whilst ‘Want’ focuses on unrequited love and unhealthy obsession… They have lost themselves so completely that they’re aware their own life is breaking down as a result”.

In first track ‘Disappeared‘, a drum machine kicks-off and builds-up to a punchy layered noise, with a crunchy riff and synth at the fore. Brilliant until the chorus which lacks atmosphere.

‘Your Will Is My Kill‘ is no doubt the best track on the EP. This track shows off their mechanical elements, as well as highlighting the incredible work the band put it to each section. The tribal like drum section and industrial percussion are most noticeable. Contrary to the previous track, the chorus is a sing-a-long pleasure, and no doubt will be screamed out by fans at live venues across the country.

Final track ‘Want‘ starts with an intriguing ticking sample and atmospheric piano piece. Vocals arrive with a certain vulnerability, with a nod towards Nine Inch Nails. Up-tempo and fast-paced drums kick in as the vocals get stronger, alternating between a ticktock heartbeat and a short but sweet crescendo.

Comparing them to other bands, This Burning Age feed on the sounds of Sonic Youth and Nine Inch Nails, spitting out a more beautiful and violent atmosphere. Certain we will see them on the live rock festival circuit ASAP.

Overall, EP1: Supplication by This Burning Age is a confident debut, with some fantastic electro elements, wide-ranging sound and strong guitar riffs. We’re hoping EP:2 will hold more consistency in sound and tone, building on their strongest track so far, the atmospheric ‘Your Will Is My Kill’.