The story of Honor – saved by social. 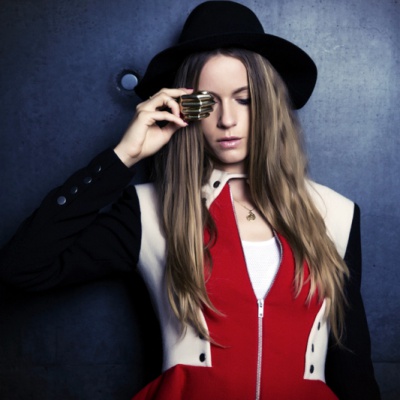 Have you ever lost anything important to you?

The controversy around Kanye West at Glastonbury and Malik leaving One Direction can even make us hardy music fans despair at our industry. However, behind every negative story there’s a positive one to replace it. Grab a cuppa’ and have a read at this inspiring one below.

We all know that feeling. Frantically retracing your steps in vain to find it until reality finally hits you square in the face. The awful feeling of remorse and emptiness consumes you as you finally realise that that’s it. It’s totally lost. Never to be found. We’ve all been there at some point in our lives before, but have you ever wished that your cherished item would be found by someone and returned to you?

Of course that rarely happens in real life. But imagine for a minute that the person who found your lost item happened to have quite a lot of friends. An awful lot. And they’re all out there to spread the word to help this person get your valuable item back to you. Sounds even more ‘out there’ now right? Yet this is precisely the situation that YouTube superstar Luke Cutforth, AKA ‘LukeIsNotSexy’ found himself in. The owner? A young budding musician who thought she had lost all her demos she’d been working on for over a year. And yet, she had no idea what was about to unfold.

Luke found her USB drive on a train ride home. It contained her demos, drawings, photos and videos which he took quite a shine to. Unbeknownst to him however, was that this USB stick belonged to a budding musician named Honor. Yet unbeknownst to her, one of the UK’s top YouTube Vloggers with over 500,000 subscribers Luke, decided to utilise his social reach and push it to new realms. He created a vlog asking his fans if they could help him find who the USB stick belonged to, with the hope of returning it to the owner.

In one of Luke’s weekly YouTube videos, he explained the ability to spread information through social connections and name the owner of the lost USB drive. He showed that his inspiration for finding the owner come from a theory presented in 1929 by Frigyes Karinthy known as the ‘Six Degrees of Separation’. This theory presents the idea that we are in an ever shrinking world and to find someone or to ‘connect’ with someone, it only takes a matter of six steps. In essence ‘a friend of a friend’ will know someone who knows somebody else and so on.

A social experiment began in the hope that someone out there must be able to help him trace the USB and it’s music back to Honor. With his message spread to his viewers, a facebook page was set up in an attempt to identify the owner by listening to her music and looking at her photos. #NameTheGirl soon started trending on Twitter. The response was truly overwhelming, people fell in love with what they heard resulting in word spreading like wildfire, with likes and comments mounting by the hour. It was only a matter of time until somebody recognised the unknown singer and told Honor of what was happening.

But Luke’s followers weren’t the only one’s who’d caught wind of the USB stick and it’s owner’s beautiful voice. Spaceship Management, a music management outfit based in Italy, best known for their work with hit makers Benny Benassi, The Bloody Beetroots, Crookers and Alex Gaudino, caught sight of what was happening online.

They contacted Honor and asked to hear more music and to meet her. They liked what they heard and saw, so they are currently developing a remix and video package for the first track, Never Off, as well as putting together a strategy to develop awareness of the artist and her new songs. Spaceship’s people say: ‘Honor is a unique artist who gives us deeply sensitive, haunting melodies couched in dream-pop atmospheres which hark back to the Nineties in a thoroughly modern guise.’ And so with that; the next most important chapter in her musical journey has begun. ‘Never on; never off.’