Slam Dunk Festival: 13 More Bands Added To The Line Up 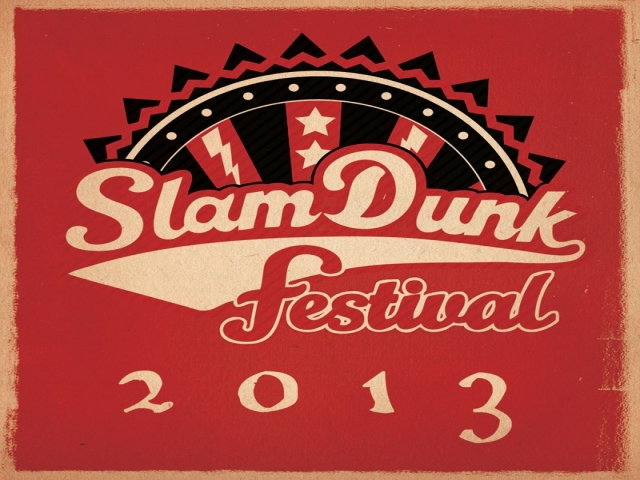 Slam Dunk Festival are thrilled to announce a further 13 additions to this year’s festival, continuing to shape up a killer line-up with something for everybody!

Kicking off this next announcement is one of the UK’s most well loved rock bands Kids In Glass Houses, who will make a grand return having taken time out of touring since the festival stint last summer. Currently in the process of recording their fourth album, we are thrilled that the rock outfit will be exclusively airing this new material at Slam Dunk Festival!

Check the video below:

Having made such a huge impact last year, Slam Dunk are very pleased to announce that Canada’s, Cancer Bats will be back to play this year, tearing up the festival with their almighty performance, playing crowd favourites from their back catalogue of exceptional material.

Already announced to be playing over in Ireland and at such popular demand, Slam Dunk are also excited to confirm that Bury Tomorrow are additionally added to all three Slam Dunk Festival main dates. Also flying the flag for new British metal and hardcore, it is confirmed the outstanding, Heights and Heart,

The festival will be welcoming an Aussie invasion with open arms, bringing over three of the biggest names from down under. First of the three is Tonight Alive, who have recently smashed the Kerrang! Tour and received an incredible reception. Heroes For Hire, will be flying over for their first ever UK performance and adding to the hottest pop punk line-up this year! Last but not least of our Aussie trio is another  favourite House VS Hurricane, who will be bringing their progressive post-hardcore back over to the UK for an explosive performance.

Following the international vibe, Slam Dunk are pleased to announced that Chunk! No, Captain Chunk! will be the first ever French band to perform at the three day spectacular. Having made a brief visit over to the UK before, the quintet will be making their first major appearance this year at the show.

After previously announcing that ska punk heroes King Prawn are reforming to play, Slam Dunk thought what better than to welcome along one of the band’s touring partners…. that’s right, confirmed for this year are ska punk classics [Spunge]! Hotly tipped up and coming British outfits Blitz Kids and Gnarwolves are further additions, with Slam Dunk extremely keen to support the British music scene with some of the hottest acts emerging from the country over the past year. Also keen to support up and coming acts from across the globe, Slam Dunk are pleased to confirm that their final addition to this magnificent announcement is The American Scene.