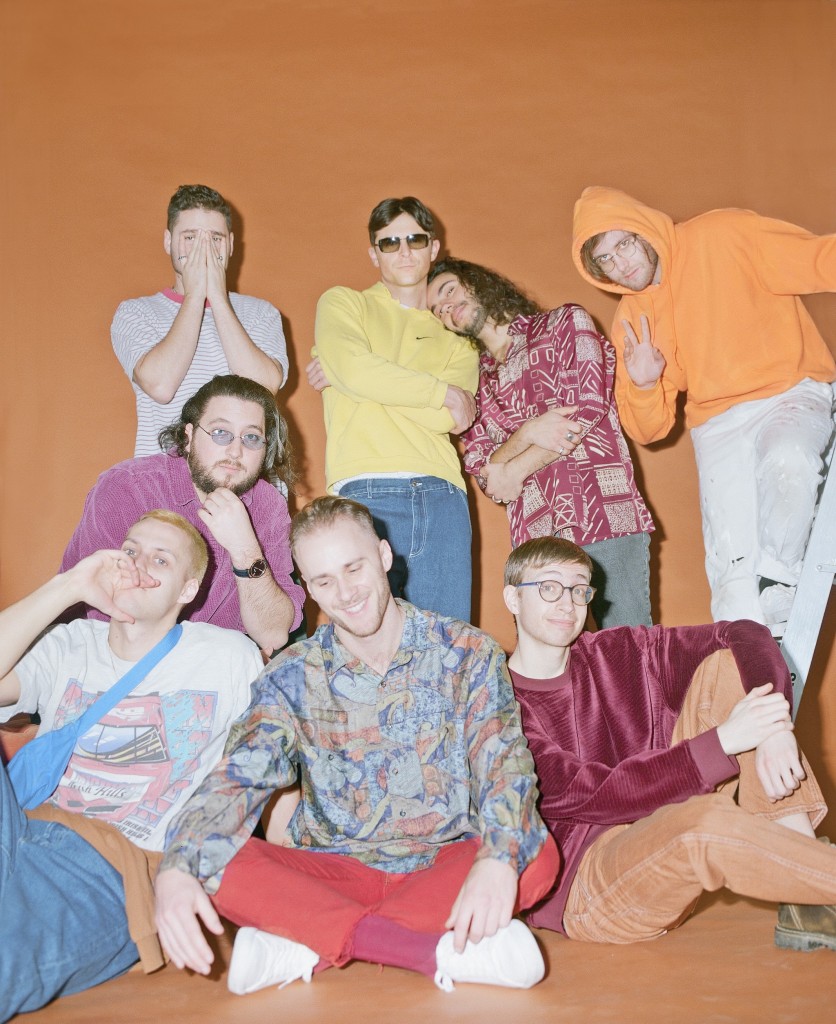 Montreal-based octet Busty and the Bass have recently released two more singles, Clouds and Summer. The band is gaining prominence in the electro-soul scene, especially since the release of previous single Baggy Eyed Dopeman which featured vocals from Parliament/Funkadelic founder George Clinton.

Clouds opens with an achingly cool deep beat that’s punctuated with hazy keys and a moody bass. Vocalist Nick Ferraro sets the scene with his smooth tones that gel perfectly with the dreamy vibe of the track. The delicate keys and electronic flourishes make you feel as if you’re floating amongst the clouds. The electric guitar solo signals a step up as Amber Navran lends her breathy, angelic vocal to the track, complimenting Ferraro’s croons of “I see through the clouds, so far away from you, so far away from you.” Pared-back trumpets create a bluesy contrast to the dreamlike quality of the song.

Summer, contrastingly, opens with a gospel choir and chilling organ chords. A heavy beat drops in as Ferraro’s vocal kicks in, much gravellier and hitting some soaring high notes. The track builds beautifully as the beat and keys are joined by harmonious strings and trumpets and the choir returns to sing the chorus of “hold me close and take me home, show me where we broke, oh this summer knows, just how close we rose.” As the track progresses, Ferraro’s vocal becomes more impassioned and the listener is swept along on the crest of a beautiful wave that comes to halt just as suddenly as it swelled up. The accompanying video for the track, which Ferraro describes as “a shitty summer and breaking up with happiness” was filmed in St James United Church in Montreal, Quebec with a 7-piece choir.

The eight members of Busty and the Bass met during their first week as students in the jazz program at McGill University in Montreal back in 2011. They gigged as much as they could and then went on to release two EPs – GLAM (2015) and LIFT (2016) – before releasing their debut album Uncommon Good in 2017. They have taken to the stage at many festivals such as Montreal International Jazz Festival, The Great Escape and Ottawa Bluesfest.

Clouds and Summer are both available to stream now. Find out more about Busty and the Bass here and have a listen to both tracks below.